Aloha to Laura Levine and DEATH BY TIARA - Book Review 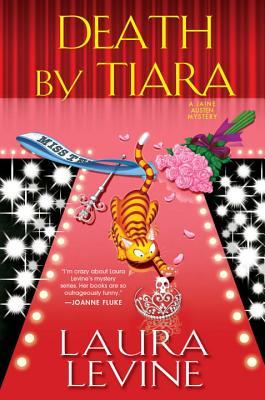 Freelance writer Jaine Austen thought she knew what she was getting herself into when she landed a gig working behind the scenes at a teen beauty pageant. But between the vicious stage moms, exacting judges, and trash-talking teens, she’s not sure she’s the woman for the job—especially when the catfights turn deadly…

Jaine has been hired by über-pushy stage mom Heather Van Sant to write lyrics for her daughter Taylor’s song in the talent competition for the Miss Teen Queen America pageant. It’s different from anything Jaine has done before, but if nothing else, she’s looking forward to a free weekend in a swanky hotel and a chance to see what really goes on backstage at a beauty pageant. But the hotel is a dump, the cattiness is out of control, and Candace—the perfectly-coiffed, whip-cracking pageant director—is making even Jaine’s life miserable.

When Candace’s assistant Amy is found bludgeoned to death with a silver tiara, there are more suspects than sequins on a pageant gown—and Heather is first on the list. Taylor begs Jaine to help clear her mom’s name, but the search for the killer hits a dead end as Jaine quickly realizes that finding the culprit is going to be trickier than walking the stage in stilettos… 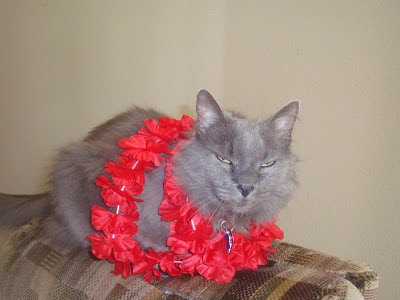 DEATH BY TIARA is Book 13 in the Jaine Austen series.  For those new to the series, let's recap:

Jaine Austen is a freelance writer living in a middle class duplex on the edge of Beverly Hills.  Like her creator, she writes advertising jingles for distinguished clients including a plumber, roofer, and mattress king.  Jaine dabbles in sleuthing when her writing gigs lead to murder.   She finds solace in long baths, McDonald's drive through, and her prima donna cat, Prozac.  Jaine shares the duplex with Lance, a flamboyant shoe salesman who always has a plan for Jaine.

If her life couldn't get any zanier, she receives emails from her retired parents who relocated to Tampa, Florida, to be closer to the Home Shopping Network.   Their emails demonstrate that the apple hasn't fallen too far from the tree.

Any Jaine Austen book is pure escapism.  I opened DEATH BY TIARA at the start of a three hour train ride.  I laughed the entire trip, sometimes drawing curious looks from my fellow passengers.  Levine pokes fun at pop culture as Jaine bumbles through the beauty pageant and murder investigation.  The mystery is weaker than previous books but the humor hits the spot.

DEATH BY TIARA, like the previous novels, is told from Jaine's first person point of view.  This enables Jaine to share her intimate thoughts with readers:

Then, like a shot, Prozac leaped off the bed and into Brunhilde's lap

"Get this little monster  off me!"

Okay, so what she really said was, "What a cute cat."

(By the way, Jaine nicknamed the detective Brunhilde).

DEATH BY TIARA follows the predictable path of false leads and mayhem.  Yet Levine ups the ante with a secondary story line in which Jaine takes stock in herself.

Must read for cat lovers and comedy fans.

I received an ARC from another reviewer who also enjoyed the book.  I love cats, hail from Tampa, and sympathize with Jane's love of (and Lance's disdain for) elastic waist pants. 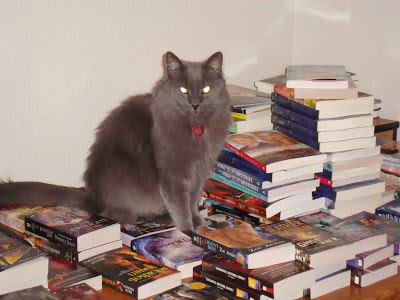 1.  If you could build your own tiara, what jewels would you use?

2.  Comments are open through Saturday, August 8, 10 pm in Baltimore.

Learn more about Laura, Jaine, and Prozac at lauralevinemysteries.com.

Posted by Kim in Baltimore at 9:31 PM