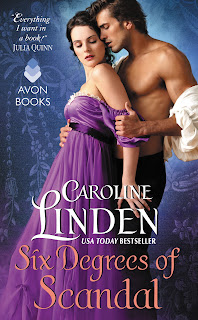 Olivia Townsend is in trouble and out of options. Pursued by a desperate man in search of a lost treasure, which she doesn’t have, she’s got only two things in her favor: her late husband’s diary, which she was never meant to see… and the man who was her first-and only-love. Losing him broke her heart, though she’s been careful to hide it for the last ten years. But when he comes to her aid and vows to stand by her this time, no matter what, she can’t help but hope things will be different this time.

James Weston has blamed himself for letting Olivia down when she needed him years ago, and he will not do it again. Fortunately, his unusual life has equipped him well to outsmart the villain chasing Olivia. Unfortunately, being so near her again threatens to expose every secret in his heart…even those that should stay hidden forever. 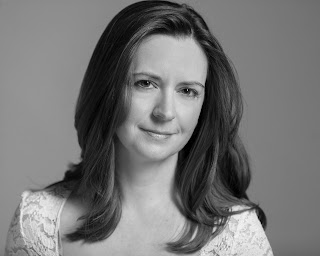 Caroline Linden was born a reader, not a writer. She earned a math degree from Harvard University and wrote computer software before turning to writing fiction. Ten years, twelve books, three Red Sox championships, and one dog later, she has never been happier with her decision. Her books have won the NEC Reader’s Choice Beanpot Award, the Daphne du Maurier Award, and RWA’s RITA Award. Since she never won any prizes in math, she takes this as a sign that her decision was also a smart one. Visit her online at carolinelinden.com.


Caroline offers an excerpt from SIX DEGREES OF SCANDAL ...

Olivia Herbert knew James Weston was a rogue the first time he winked at her, one fine Sunday morning in August when butterflies were riding warm drafts of air through the open door of St. Godfrey’s and Mr. Bunce the curate was droning on and on as if he meant to put every person in the church to sleep.

She was staving off the urge to do just that by watching the butterflies. James Weston, it turned out, was watching her. As her gaze followed one butterfly—a delicate white one with spots of blue on its wings, who swooped and glided effortlessly on the hazy air—it connected with James’s. His family was sitting in the next pew over, and when their eyes met, the impudent boy winked at her.

She looked away at once. Not only had he caught her woolgathering, wishing she could flit about the church and out the door like that butterfly, but it was probably a sin to wink in church. With some effort she tried to focus her mind on the sermon, but within moments a bee flew overhead, and once again, quite independently of any wish to be well-behaved, her eyes tracked the insect as it buzzed away, right toward the Weston pew.

This time when he caught her eye, he grinned. Slowly he raised one hand, and with small, cautious movements, pretended to flick the bee as it flew by. Then he screwed up his face and mimed being stung, shaking his finger and sticking it into his mouth.

Olivia couldn’t help it. She smiled, and a tiny giggle shook her shoulders. His grin grew wider, and he wiggled his eyebrows at her.

A sharp jab in her side made Olivia hastily jerk her gaze back to Mr. Bunce, whose voice had settled into a low drone, as if he, too, were falling asleep. Beside her, Mother glared from the corner of her eye. Olivia repressed a sigh. Ladies didn’t giggle in church, and Mother was determined that Olivia would be a lady.

Mother didn’t even wait until they reached home. Her scolding began as they walked to their carriage after the service. “Olivia Herbert, what were you thinking? Laughing in church! What a common, hoydenish thing to do.”

“And making eyes at that boy.” Mother didn’t grimace, but her tone dripped with distaste. “Those upstart Westons.”

“Upstarts they may be, but well-heeled ones.” Father spoke for the first time, giving Olivia a measuring glance. “She could do worse.”

Mother gasped. “Thomas Weston is an attorney. I want better for our daughters, Sir Alfred.”

“You’ve got to be practical, madam.” Father waited as the footman helped them into the carriage. “Our girls won’t have much to attract a noble husband.”

“Only their beauty.” Mother’s gaze softened as she looked at Olivia and her younger sister, Daphne. “A lady’s face, along with her sweet temper and amiable disposition, are her greatest assets, girls.”

Mother laughed gently. “I’m sure you will, my beautiful darling.” It was already clear that Daphne took after her mother. Olivia wasn’t sure if she took after her father or not; Father was often preoccupied with rank and money, and he was very fond of wagering on the horse races, none of which appealed to her. But at the same time, Olivia didn’t share her mother’s keen interest in fashion or ladylike accomplishments. She supposed she might as she grew older, but at the advanced age of ten she wasn’t much interested in sizing up potential husbands.