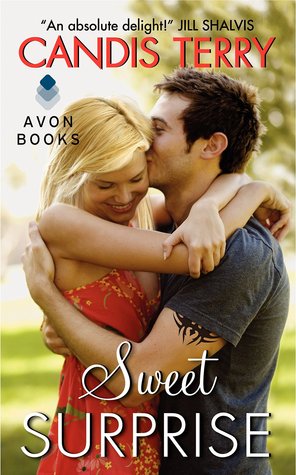 Candis Terry is celebrating the release of SWEET SURPRISE, Book 4 in her Sweet, Texas series ...

Fiona Wilder knows all about falling in lust. Love? That's another story. Determined not to repeat past mistakes, the single mom and cupcake shop owner is focused on walking the straight and narrow. But trouble has a way of finding her. And this time it comes in the form of a smoking hot firefighter who knows all the delicious ways to ignite her bad-girl fuse.

Can lead to heartbreak...

Firefighter Mike Halsey learned long ago that playing with fire just gets you burned. He's put his demons behind him, and if there's one line he won't cross, it's getting involved with his best friend's ex. But when fate throws him in the path of the beautiful, strong, and off-limits Fiona, will he be able to fight their attraction? Or will he willingly go down in flames?

Or a sweet surprise! 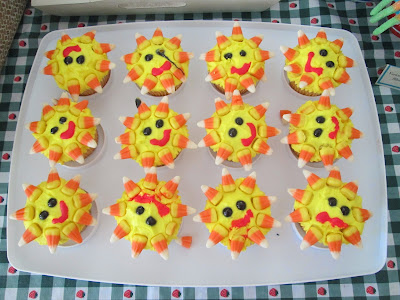 I asked Candis about her five favorite cupcake flavors ....

Thank you so much for having me here today.

When you write a series about a town called Sweet, and the heroine in your newest book owns and runs a cupcake shop named Sweet Surprise, the research can be detrimental to your waistline. But I’m always willing to take one for the team. Researching cupcakes became a favorite pastime. And my contact for researching these scrumptious little cakes surprised me by having over fifty different flavors with thirty flavors available each day!

Fiona, the heroine of the book is the creative and crafty sort. She’s the kind of woman who can take an empty tin can and turn it into an awesome lampshade. So I knew going in that she’d have to have some very creative cupcakes to satisfy her artistic side.

There were so many to choose from that it almost became impossible to narrow them down. But somewhere along the way I knew I had to choose my favorites and hope that Fiona would like them as well. After a selection that ran the gamut of flavors from Tomato Soup to Bahama Mama I finally came up with a list.

4. Banana Toffee. The best of both worlds! A moist banana cake with walnuts & toffee bits filled with a toffee filling & topped with caramel frosting.

5. Strawberry Cream Cheese. Sometimes a girl just has to go light and fluffy. What’s better than a French vanilla cake filled with strawberry cream cheese and topped with whipped frosting.

Do you have a favorite flavor? 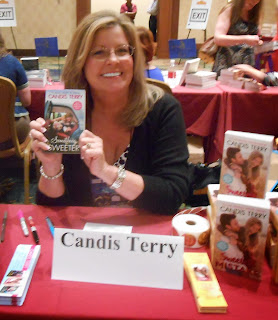 Mahalo, Candis, for whetting our appetite!  I am giving away Avon swag to one randomly selected commenter.  To enter the giveaway,

1.  Answer Candis' question - do you have a favorite flavor of cupcakes?

Learn more about Candis and her books at candisterry.com.

Posted by Kim in Baltimore at 7:15 AM