Aloha to E.E. Burke and A DANGEROUS PASSION 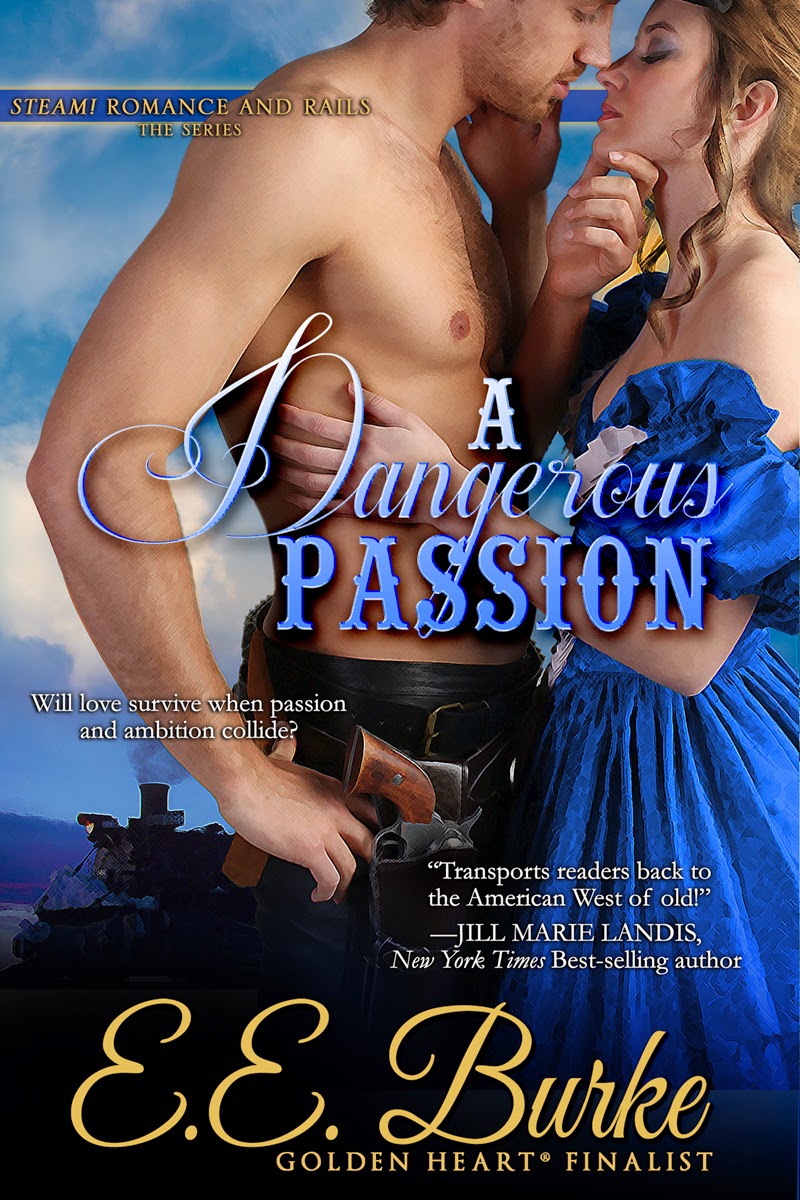 Let's hunker down for Western Romance with E.E. Burke:


E.E. Burke writes romance from the heart, woven with history the way in really happened in the wild American West. Her writing has earned accolades in regional and national contests, including the RWA's prestigious Golden Heart®.

She combines her passion for history and love of romance in stories that are as deeply rooted in American soil as her family, which she can trace back to the earliest colonists and through both sides of the Mason-Dixon line.

"My earliest memories of books were the nursery rhyme volumes I took to bed with me when I was three. From that point on, I was hooked. Some people hugged their bears. I hugged my books."

Over the years, she’s been a disc jockey, a journalist and an advertising executive, before finally getting around to pursuing her dream of writing novels. She lives in Kansas City with her husband and three daughters, the greatest inspiration of all.

Kim:  Tell us about Kansas City - what is your favorite sight, smell, and sound?

E.E.:  There are so many wonderful things about Kansas City it’s hard to pick just one favorite. If pressed, I’d say Nelson-Atkins Museum of Art. The renowned museum has one of the top Asian collections in the world, along with many other fabulous permanent and special exhibits. This past month, there was an exhibit on The Indians of the Plains: Artists of Earth and Sky and a rare photography collection from Andrew Gardner’s travels west with the Union Pacific railroad. I’m inspired every time I go there.

Favorite sounds and smells? When the leaves are changing and the air is crisp. I love the smell of fall. I’m attracted to quiet, natural places. We often visit our family’s rural homestead a few hours south of here. I can walk through the woods and hear the wind rustling through the trees, listen to the play of water over stones in a creek. Sit by a crackling bonfire. I even find walks through the old family cemeteries to be peaceful--a way to connect to the past. I’m fairly certain I was born about 150 years too late.

Other things I love in Kansas City: the Missouri River and riverfront hangouts, the Country Club Plaza, the Kansas City Ballet, Lyric Opera, KC Symphony and the Rep, Old Westport, the Liberty Memorial and WWI Museum, the American Royal (annual rodeo and horse show), Union Station and Hallmark Crown Center, steaks and barbeque, the Royals and the Chiefs. Last, but definitely not least, I’m fascinated by the rich history of this area, which can be explored through many different historical sites and collections.

Kim:  Can you share a humorous story about one of your ancestors?

E.E.: I don’t have many stories about my ancestors. But I’ve done quite a bit of research on my husband’s family. He’s descended from pioneers who settled the southwestern corner of the Missouri in the foothills of the Ozarks. Members of the family have lived on sections of the original farm for over 150 years.

When Mark’s uncle was four, he was playing out in a pasture. There was a young bull that hadn’t bothered anyone before, but it started pawing and snorting. Mark’s mother, who was eight at the time, saw the danger and clambered over the fence to fetch the unsuspecting lad. The bull was bearing down on them and she didn’t have much time. So she grabbed her little brother and tossed him through the manure door on the back of the barn.

Meanwhile, Mark’s grandfather heard the commotion. As he came running, he scooped up a fist-sized rock, and soon as the bull was in sight, wound up and let the rock fly. It hit the bull between the eyes and cold-conked him. (Grandpa was a pitcher on an amateur baseball team.) They thought he might’ve killed the young bull, but the critter got back on his feet and staggered off. He didn’t charge anybody again.

Kim:  I always wanted to be a DJ. How did you become one? What did you love and loathe about the job?

E.E.:  While I was at Baylor University, a local Top 40 station was looking for female talent. I worked the red-eye shift (midnight to six a.m.). At that time, there were few women DJs. I was such an oddity that people would drive by and try to get my attention. They could see me at the controls through a large picture window that faced the street. I was “mooned” countless times by inebriated young men. A few couples decided to “park” beneath my window, presumably to provide me with some evening entertainment. For the most part, I had fun being a radio jock in a college town. (Went by the name Jaime Lawrence. Picked by the station director, not me). What I hated about it was working overnight and then going to school and trying to pay attention in class. One morning, I fell asleep and toppled out of my chair. Talk about embarrassing!

I’d been writing in some capacity for most of my professional life, but I’d never written a novel before the first one I finished six years ago. When I decided to pursue publishing, I joined RWA and two local chapters. The authors I’ve met and friends I’ve made through these organizations are the reason I’ve made it this far.

Kim:  Tell us about your Romance and Rails series, and your new book.

When I set out to write an American historical romance series, I wanted to focus on themes that are hard-wired into our national identity like ambition and self-determination, and events that figured large in driving cultural change. A natural setting was the most ambitious event in America’s history—the construction of the railroads.

From a thematic standpoint, the Steam! Romance and Rails series is about passion and ambition--two of the most powerful drivers in human history. When they come together an explosion is inevitable.

Passion's Prize follows three women who must contend with dangerous men caught up in a cutthroat railroad race. Her Bodyguard features a railroad promoter who hires protection from a mysterious assailant and discovers that her bodyguard poses the greatest threat. My latest release, A Dangerous Passion, is about an ambitious railroad baron whose passion for his rival’s daughter becomes his undoing.

Being a history geek, I dove eagerly into research to find inspiration for my series. I enjoy weaving real events and people into my stories, so that readers will feel they’ve been transported back in time and are reliving history.

The main character Henry Stevens was inspired by the actual general manager of the Katy Railroad. Described as a man with “dark flashing eyes and meticulous style of dress,” he was a larger-than-life persona in the history of this legendary railroad.

Another historical tidbit featured in A Dangerous Passion is a series of mysterious murders that took place near Parsons, Kansas, during the early 1870s. From a period stretching between 1871 and early 1873, numerous travelers through southeastern Kansas were reported missing. There were theories as to what happened to them, including one rumor that the railroads were to blame. I won’t spoil the story by explaining further. You’ll have to read it! 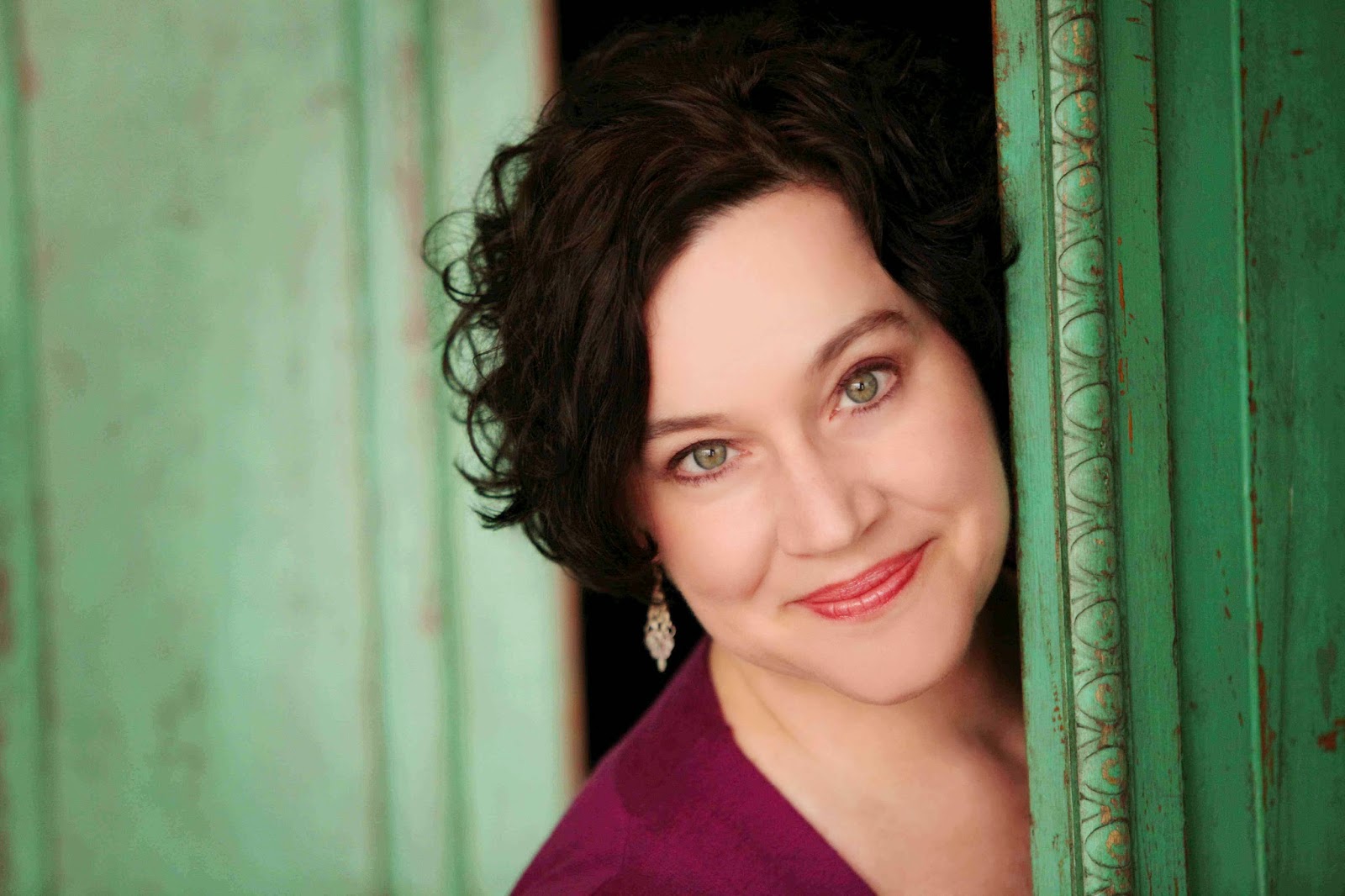 Mahalo, E.E., for sharing Western Romance with us!  I am enjoying A DANGEROUS PASSION - review to come!  I am giving away "Western Swag" to one randomly selected commenter.  To enter the giveaway,

1.  Leave a comment about trains - have you traveled aboard a steam engine?  Or modern rails?