Aloha to Tracy Solheim and BACK TO BEFORE - Book Review 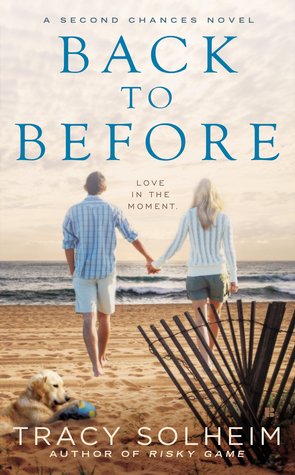 The new year stands before us, like a chapter in a book, waiting to be written. - Melody Beattie

Gavin is counting the days until his project - restoring the Dresden Mansion during a DIY reality show - comes to fruition and he can return to his life in New York City.  Ginger is also counting the days until her project - serving as production assistant to the DIY reality show - is over so she return to choreography for a cable music program.  Gavin is welcomed back into Chances Inlet as a beloved son. Ginger is chided as the scheming character she played on a soap opera.   Yet Gavin is drawn to Ginger ... and Ginger gives into her attraction to Gavin.   Neither planned to fall into lust that would ultimate turn into love.

Solheim delivers another heartfelt romance with lovable characters with flaws all over.   I applaud her for allowing the secondary characters to contribute to the small town charm which creates the magical atmosphere for Gavin and Ginger.   Solheim sprinkles plenty of laugh out loud moments along with a dash of realistic drama to create a feel good "small town" romance.

BACK TO BEFORE kicks off a new series in Chances Inlet for Gavin's brothers to find romance, too.   Chances Inlet is the home town of a character from Out of Bounds series - I appreciated the connection between the two series although BACK TO BEFORE can be read as a stand alone novel.

I received an ARC from the publisher for an honest review. 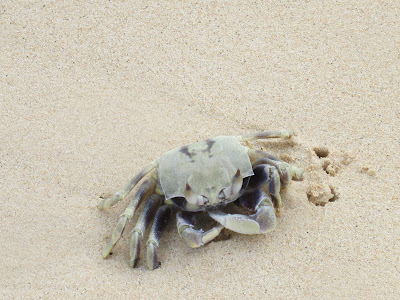 I am giving away a book choice from my convention stash, including books from the Out of Bound series, to one randomly selected commenter.  To enter the giveaway,

1.  Leave a comment about coastal towns - do you have a favorite?

2.  Comments are open through Saturday, January 17, 10 pm in Baltimore.