Aloha to M.L. Buchman and BRING ON THE DUSK 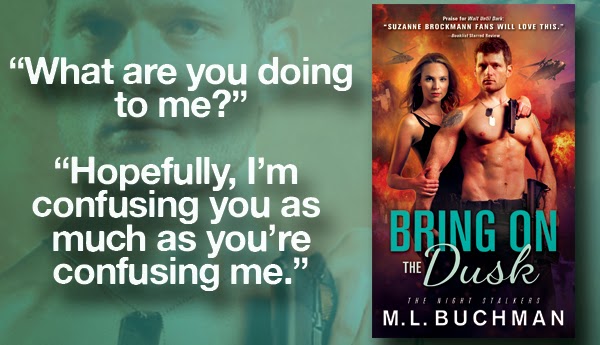 M.L. Buchman joins us today for a guest post to celebrate BRING ON THE DUSK ...


This week I’m celebrating the release of my sixth book in my Night Stalkers military romantic suspense series, Bring On The Dusk, in which the long-time team member Colonel Michael Gibson of Delta Force finally finds true love with pilot Captain Claudia Casperson.

Each book has followed the battles and loves of members of the real-world’s U.S. Army’s 160th Special Operations Aviation Regiment. These are the best helicopter pilots and crew on the planet, far in advance of even our closest allies.

One of the unexpected joys of having the opportunity to build a cast over the course of six books (and yes, there is already a 7th in planning) is learning more about them as each book progresses. And there is no better way to get to know a solider then finding out what they are packing when getting ready for a dangerous mission. Below is a round up of “his and her” mission kits for my newest couple Michael and Claudia.

Michael is a Delta Force operator. He will take with him:

1. Minimal body armor because he must move fast and quiet. A helmet and vest may be his only protection.

2. An HK416 rifle that was specifically designed by Delta, multiple handguns, knives, explosives…

3. Far more ammunition that food. His primary job is as a shooter; he can’t afford to be out of ammunition.

4. Several languages. A Delta operator’s IQ is far above the norm and he will be fluent in several languages and working on more all the time. It is an essential craft for operating deep in-country.

5. Far more combat and survival skills than almost any other soldier on the planet. Core training is two years, and never stops for the rest of his career.

1. Her helicopter, which is heavily armed. However, her Little Bird has no side doors for improved visibility, so she will be wearing forty or more pounds of body armor as the helicopter offers no protection from the sides. On her torso she’ll typically wear two layers.

2. Her SARVSO survival vest. This has everything she needs to survive is she is brought down in enemy territory. Specialized radios, water purifiers, a serious first aid kit and far more.

3. An FN-SCAR (Special Forces Combat Assault Rifle) that is always folded against her chest as she flies.

4. She also brings a minimum of five years experience before her two years of SOAR training. She will be cross-trained in medical, communications, languages, or any of a half-dozen other disciplines.

5. A gift that Michael gave her of…oh, but you have to read the book for that. 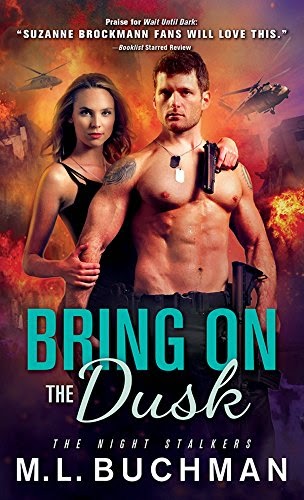 Five nations surround the Caspian Sea, five nations desperate for the vast resources there, and willing to go to war. It will take all of Claudia and Michael's ingenuity to avert disaster. As they discover how right they are for each other, it will take even more to breach the walls they've so carefully built around their hearts...

He is now a full-time writer, living on the Oregon Coast with his beloved wife. He is constantly amazed at what you can do with a degree in Geophysics. You may keep up with his writing at www.mlbuchman.com. 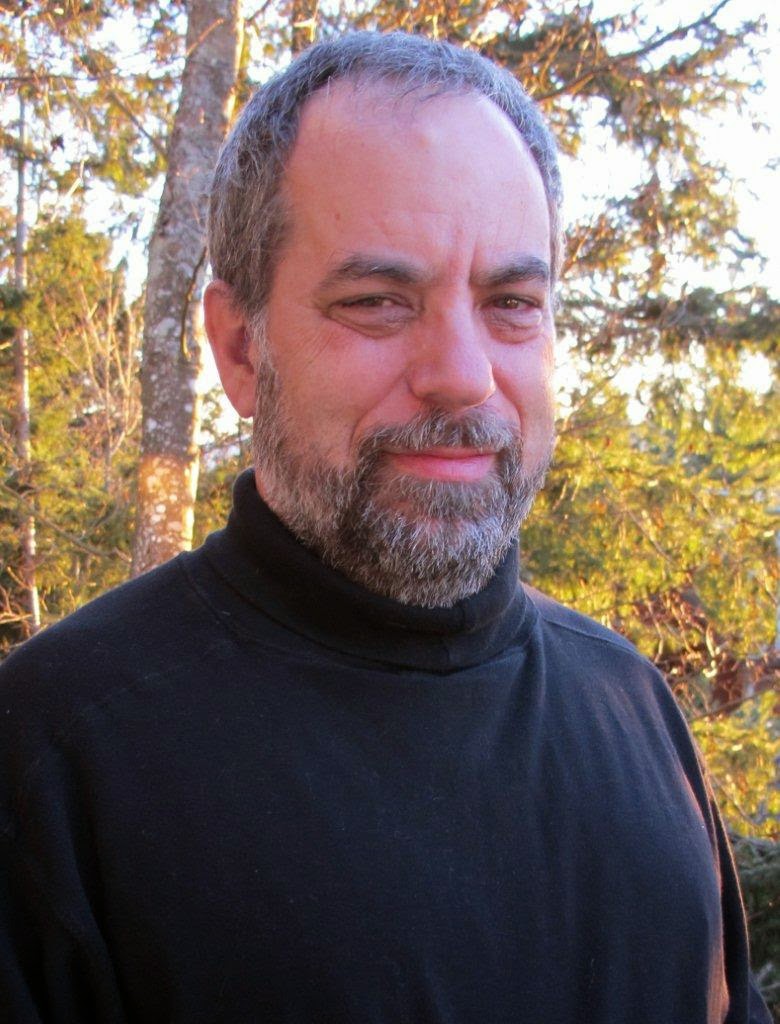 Sourcebooks is hosting giveaway at this link ...

... and offer an excerpt from BRING ON THE DUSK:

Claudia recovered from her surprise and banked for the ship’s stern to be well clear and set up her own defense from that position.

Trisha didn’t even bother being subtle about it. She fired a pair of rockets into the control bridge where the RPG had come from. At the direct hit, the bridge’s roof and windows exploded outward. Moments later, columns of flame shot skyward.

Claudia kept a sharp eye on the deck. Sure enough, someone came up from below swinging an RPG to try to target Trisha’s Little Bird. Sitting directly off the stern, Claudia unleashed a burst from her minigun to cut him and two other pirates down.

The fire that Trisha had started torched the bridge, but it didn’t spread downward. Several pirates dashed out of the lower levels, headed for their small motorboats, but Claudia tore up the boats where they hung in the davits, cutting off any escape.

By this time, almost twenty men had gathered on the deck, many of them still armed. With a twist applied by using her rudder pedals, Claudia unleashed a long burst from her minigun that swept over the deck mere feet above the men’s heads.

They began casting their weapons overboard, as if they could then pose as innocent fishermen. Another burst, and they simply dropped the weapons to the deck and clustered together by one of the cargo hatches.

With no one at the controls, without even any controls remaining, for that matter, the ship continued to steam ahead. She and Trisha set up a circling pattern, jinking high and low in case there was still someone aboard crazy enough to try to target them.

A call to the Peleliu had a strike team en route in minutes.

She held her breath as Michael, Bill, and the other D-boys fast-roped down to the deck from the Black Hawk Vicious and took control just as full dark descended. Apparently, no more Somalis had death wishes and Delta soon had the vessel cleared. Sly arrived in his LCAC with a load of Rangers. They boarded, took the Somalis into custody, doused the fire, and turned the ship once they had control of the engine room.

Just seeing Michael in action did things to Claudia that she couldn’t ignore. She had never been one to continue playing games or lying to herself, once she became aware that she had been. She wasn’t stupid and she did want Michael, no matter what she’d told the women of SOAR.

And somehow she knew Michael well enough to know that he was avoiding her for her own sake. In that twisted, overly logical soldier brain of his, he’d assessed that she was too busy to be distracted by…

Well, she’d had enough of that.

Thoughts of him had grown to be a constant companion at her side. As if he sat in her two-seat helicopter even when she flew solo. Rather than scattering her attention, thoughts of him steadied her, making her feel sharper and more complete.

She and Trisha flew their Little Birds back toward the Peleliu before they ran out of fuel. But as she pulled away from the Hong 4, she flew backward for the first few hundred yards before turning the helo. It wasn’t to keep her guns aimed at the ship, which was completely under control. She reversed out because she so enjoyed watching Michael prowl the deck.

She’d been waiting for him to come to her, but it wasn’t going to work that way. Not with Michael—she understood that now. It wasn’t how he’d think. He’d think that it was the woman’s choice to come to him or not.

The guy was just too damn decent.

Or too damned smart.

He’d now waited long enough that she no longer had any choice in the matter. She felt lassoed. But she didn’t feel any desire to fight the rope.