Aloha Susanne Lord and IN SEARCH OF SCANDAL 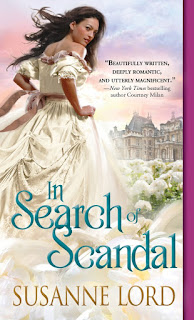 All of London is abuzz with the tale of Will Repton. The lone survivor of a massacre in Tibet has returned to England a hero, but the traumatized explorer has no time for glory. Another dangerous expedition awaits. Nothing will deter him from his quest, and no one will unearth his secret—until Will meets Charlotte Baker.

IS NO MATCH FOR AN ADVENTUROUS HEART

Vivacious Charlotte Baker also has a mission—to find a man whose bold spirit matches her own. When she meets Will Repton, she immediately recognizes him as her soul mate, and she’s naively willing to turn her back on the rules of propriety to ensnare him. Will is torn between his fascination with Charlotte and his vow to finish his quest. He knows what it is to risk life and limb—but what if his most perilous adventure doesn’t lie across an ocean, but within his own lost heart? 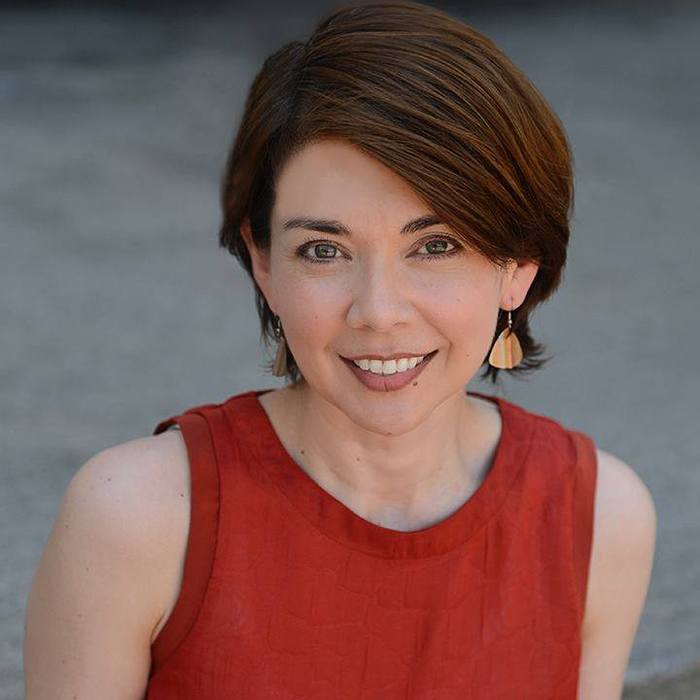 Susanne Lord is a writer of Victorian-era romance and author of the London Explorer series published by Sourcebooks. Originally from Okinawa, off-base and on, she now makes her home in Chicago where she is an active member of Chicago North RWA. When not writing, attending theater or reading, she enjoys hiking the English countryside and visiting historic homes and gardens.

To celebrate the release of IN SEARCH OF SCANDAL on December 1 from Sourcebooks, Susanne is here to share one of the facts she uncovered while researching for this adventurous new series:

Explorer Fast Fact: In the 1830s, the travel time from England to India was halved by the Suez route—steamship to Alexandria, Egypt, overland to Port Suez, steamer across the Arabian Sea—making the journey 90 days rather than 180. (It would halve again with the opening of the Suez canal in 1869.)

Sourcebooks is hosting a special giveaway at this link ... and offers an excerpt from IN SEARCH OF SCANDAL ..

Charlotte caught her breath and unclenched the grip she had taken upon his hand. “You cannot pretend to like me, Mr. Repton. I just wonder—I have always wondered what I have done to offend you.”

His arm tightened and his lips were right back to hovering over her ear. “Wait…”

More silence. Honestly! She would not stand here and let him trample her heart.

She ripped herself from his arms. “It is fine. I hardly require every man to like me, Mr. Repton. Be assured I am aware of your feelings and you will not have to suffer my attentions anymore.”

She whirled to leave but a steel hand gripped her arm.

“God! Blast it! Now what have I done?” he growled, his blue eyes wintry in the moonlight. “I thought we were getting on. I wouldn’t mind being your friend, as long as you understand that’s where it ends.”

“Wouldn’t mind? I have more friends than I can count, I hardly need—”

He yanked her hard against him. “Then what do you want?”

Her words died in the face of his rising frustration. What did she want? What had she ever wanted but him? She wanted him still. From the first sight, the first instant. Every day, every hour, she wanted him. In a deep, tender, precious place she could not touch with reason. And all he did was sneer and push her way.

“Why didn’t you ignore me as you normally do?” she asked hollowly. “Why did you talk to me at all tonight?”

He said nothing. He didn’t move. Something furious and wild thundered through her breast. “You don’t belong here!” Her fist clenched, wanting to slap that frozen look off his face. “Say something!” She launched against him, gripping him about his hard neck. “Say anything!”

But his stubborn lips were sealed, and before she could stop herself, she mashed her mouth against them.

Instantly, she regretted it. Their chins knocked, their teeth scraped, and a grunt of surprise sounded from his throat.

Oh God, what was she doing? She didn’t know how to give a kiss and he certainly didn’t want hers. His hands dropped off her and she sobbed sharply against his mouth. Mortified, she crumpled against his neck.

A hard hand seized her neck and forced her head up. Blue eyes blazed into hers. “Damn it all!”

Warm lips clamped to hers expertly. Shocked, she sank to her heels but his arm tightened and locked her against the hard wall of his body.

His deep groan shook her.

But it was a sound of surrender.