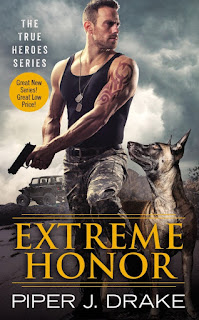 David Cruz is good at two things: war and training dogs. The ex-soldier’s toughest case is Atlas, a Belgian Malinois whose handler died in combat. Nobody at Hope’s Crossing kennel can break through the animal’s grief. That is, until dog whisperer Evelyn Jones walks into the facility…and into Atlas’s heart. David hates to admit that the curvy blonde’s mesmerizing effect isn’t limited to canines. But when Lyn’s work with Atlas puts her in danger, David will do anything to protect her.

Lyn realizes that David’s own battle scars make him uniquely qualified for his job as a trainer. Tough as nails yet gentle when it counts, he’s gotten closer to Atlas than anyone else—and he’s willing to put his hard-wired suspicion aside to let her do the same. But someone desperate enough to kill doesn’t want Lyn working with Atlas. Now only teamwork, trust, and courage can save two troubled hearts and the dog who loves them both…
Pre-order the book! 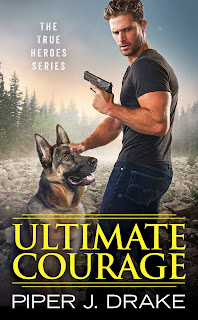 Elisa Hall is good at starting from scratch. Leaving an abusive relationship in her rearview, she packs everything she owns into the trunk of her car and heads for refuge with her friend in Hope's Crossing, North Carolina.

Alex Rojas returned from his second deployment as a Navy SEAL to find his condo empty and divorce papers on the breakfast table. Now he's building a life for himself and his daughter at Hope's Crossing kennels training younger dogs and handlers to search and rescue, struggling to adjust to life back in the States and as a single father.

When Elisa shows up at the kennels, it's obvious she's running from something. Luckily, the dogs and trainers at Hope's Crossing are more than capable of warding off trouble. And with every minute he spends with Elisa, Alex becomes even more and more determined to protect the woman he's certain he won't be able to live without... 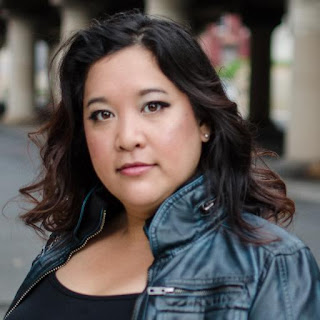 Piper J. Drake ("PJ") spent her childhood pretending to study for the SATs by reading every interesting novel she could find at the library. After being introduced to the wonderful world of romance by her best friend, she dove into the genre. PJ began her writing career as PJ Schnyder, writing sci-fi & paranormal romance and steampunk, for which she won the FF&P PRISM award as well as the NJRW Golden Leaf award and Parsec award. PJ's romantic suspense novels incorporate her interests in mixed martial arts and the military. The True Heroes series is inspired by her experience rescuing, owning and training a variety of retired working dogs, including Kaiser, a former guard dog, and Mozart, who was trained to detect explosives.

They entered the cabin and he flipped on the light, then nudged her toward the kitchen.

Once he had her there, he turned on the brighter kitchen lighting and turned to her. “Let me get a look at your wrist.”

She held both hands out to him, palms up.

“Don’t strain your shoulder.” He tucked her left arm back in its sling. As gently as he could, he touched the angry red abrasion around her right wrist.

“He had other things on his mind.” Cruz agreed. She must’ve tried to hold Atlas when the dog had lunged after the intruder. Atlas had literally ripped the leash off her wrist. “Any sharp pain when I do this?”

He bent her hand at the wrist, carefully testing the range of motion.

She shook her head. “I don’t think anything is broken. Only lost a couple of layers of skin is all.”

“Well, let’s make sure it heals up quickly.” He put a hand on either side of her waist and hoisted her up—hiding a grin as she squeaked—and sat her on the kitchen counter. First of all, he liked her sound effects. Wondered what others she might have. Second, she didn’t flinch at his touch. A good sign she was recovering from the previous night’s scare even better than she might notice herself.

“Af.” Cruz watched as the dog’s ears came forward, considering. Then he lay down on his belly, head up, watching.

Dog definitely had a thing for Miss Lyn Jones. And wow had Atlas woken up. The difference between yesterday and right now was night and day.

“No. Not you.” He turned and pulled a go bag from under the sink. A quick rummage inside and he pulled out one of his personal med kits.

“What is that? How do you know where things are?” Lyn craned her neck to see around him. “Is every cabin stocked like this?”

“No.” Setting the kit on the counter beside her, he opened it up and pulled out a few supplies.

“Then how do you know where everything is?”

“This was my cabin.”

He waved a hand toward the rest of the cabin. “It was more secure, so I put you here and I moved out to the guest cabin closer to the edge of the property.”

“But you had to move all your stuff?” She sounded uncomfortable.

“Not really. I don’t keep much aside from essentials.” He realized he was starting to scowl, but it wasn’t because she was making him angry. Why was it that the woman could be attacked twice in less than twenty-four hours, hurt both times, and worried about him having to move his stuff? “It really is okay. I prefer to be farther away from the main house anyway. Too many guests on the property once the basic obedience classes get started.”

“Okay.” She was chewing on her lower lip, still concerned.

Saying more would only make her think on it harder so he decided to drop the topic. Nice to know she did care about putting others out of their way. He’d have done it regardless, all things considered. But it made it better to not be taken for granted.

“We’re going to clean your wrist and get the blood flowing a little. Then I’ll get some antibiotic ointment on it.”

She didn’t comment. Her dubious frown made him smile though.

“Joyful.” She held out her wrist to him.

It took less time to clean her wrist under cool running water in the sink than it had to patch up Atlas. Her skin was delicate, smooth and silken to touch. If her wrist was this soft, he couldn’t help but wonder about other, more tender places.

Nope. Keep on task, he ordered himself. He patted the area dry and spread the antibiotic cream over the abrasion as gently as he could.

“For such big hands, you’ve got a really light touch.”

Her words were slurred a little. She must’ve been coming down off the adrenaline kick. Considering last night and today, she had to be exhausted.

“Yeah?” He wrapped sterile gauze around her slender wrist, mostly to remind her not to bump it into things.

“Your fingertips are calloused, a lil’ rough.”

Her heart rate had picked up, fluttering at the pulse point under his touch.

“Yeah?” The urge to slide has hands over more delicate areas increased and he couldn’t help running his thumb along the inside of her arm.

Awareness grew in her gaze and she bit her lip as she nodded.

He leaned toward her, focused on her plump lip caught under her teeth.

She opened her mouth to answer but he didn’t plan to let her get a word out. Maybe later. He bent his head to capture her lips.

And seventy-five pounds of fur jumped up on his side.

The dog dropped back to all fours, his tongue lolling.

Looking from him to Lyn and back again, Atlas lay back down on his belly.

Posted by Kim in Baltimore at 5:48 PM