Aloha to Eileen Richards and AN HONORABLE WISH 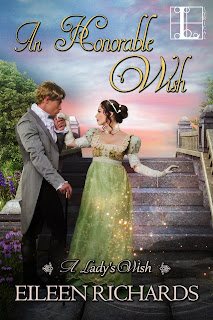 In book two of the series, A Lady’s Wish, I wanted my hero, Tony Matthews to be a virgin. No one knows for certain how sexually active men were in the Regency. The Georgian era was known for its promiscuity, but that didn’t mean it was natural for all men to be promiscuous.

In Tony’s case, I wanted the example to be from his memory of his parents. His father was a frequent visitor to London’s brothels. His mother died from the pox. It was the loss of his mother that drives home to Tony this need to remain a virgin.

In Historical Romances it is more common than you think to find a virgin hero. I read Untouched by Anna Campbell, The Naked Duke by Sally MacKenzie, Once Upon a Tower by Eloisa James, and Thief of Shadows by Elizabeth Hoyt.

I also read a great book by Mia Sheridan called Archer’s Voice. This was a new-to-me New Adult that was amazing.

Having both the hero and the heroine be virgins makes writing the first time together really difficult. Let’s face it sex is complicated. It’s messy and awkward, especially when neither party knows what they are doing. Add uncertainty of the other’s feelings and conflict and it makes for an interesting scene.

I love the scene in Outlander where Jamie and Claire make love for the first time. He assumed it happened like horses. The awkwardness of the whole thing was well done. He eventually gets it right, but that first time and the emotions it stirs is great to watch.

In AN HONORABLE WISH, the scene between the two virgins happens after they become engaged. This is Regency England and it wouldn’t do to have our heroine allow such liberties prior to at least being engaged.

In this excerpt from AN HONORABLE WISH, Tony is going to Juliet to finally make love to her. He’s nervous, very nervous.

Deuces, so much was hanging on this! If he ruined this, it would color his and Juliet’s whole life together. Tony took some deep breaths and cracked his neck. He felt as if he was going into the ring with Gentlemen Jackson, not about to spend precious moments with the woman who would be his wife. He looked at the naughty book on his bedside. He picked it up and tucked it into the pocket of his dressing gown.

Perhaps he’d just get her to pick something from the book. He didn’t want to guess what Juliet wanted; Tony wanted her actively involved.

He’d never been more nervous in his entire life. He blew out the candle in his room and then opened the door silently, checking to make sure that the halls were clear. The last thing he wanted was to be caught sneaking into Juliet’s room.

Tony squashed the nagging voice in his head that cautioned him to wait. He was tired of waiting. He was tired of being in pain from wanting her so badly. He was sick of having to stand behind chairs to disguise his want.

He made his way to the other side of the house and scratched on her door, then opened it and stepped inside. The room was lit only by firelight. Juliet was in her bed. She sat up and clutched the quilt to her chest, then pushed her spectacles back onto her nose. An open book lay on the bed beside her. She must have fallen asleep reading.

Tony locked the door behind him and moved into the room. He removed his dressing gown and threw it onto the chair by the fireplace. He could hear the book drop to the floor with a thunk.

Books were everywhere — on shelves, in stacks on the floor by the chair. She wasn’t jesting about her love of reading. Tony would need to establish a proper library for Juliet in their new home.

“Tony?” she whispered. “What are you doing here?”

“I told you I would come.” He sat on the side of the bed. “You fell asleep reading?”

Juliet laughed softly. “I usually do.”

She looked so young, her braided hair hung over her shoulder, a dark rope against her white gown. Her thin nightgown had slipped off one shoulder, revealing creamy skin. Tony didn’t know where to start. “Is it all right that I am here?”

Juliet nodded, though her eyes were wide.

Have you read a great story with a virgin hero?

LOVE MAY BE THEIR GREATEST GAMBLE…

Tony Matthews spends his time in London’s most notorious gambling dens, frittering away his fortune. But when his latest victory leaves a man ruined, Tony knows he’s reached his lowest point. Determined to make amends, he returns home to his family’s country estate with plans to settle down and marry at last. And he hopes the lovely Juliet Townsend will help him—if only he can keep his disgrace a secret.

Juliet’s secret wish has always been for Tony to love her. The only bright spot in her dreadful London season was dancing with him—before he disappeared to the card rooms. Now, he’s returned, but has he truly changed? Or will gambling always be his mistress, even if she becomes his wife? And does Juliet dare risk her heart by finding out? 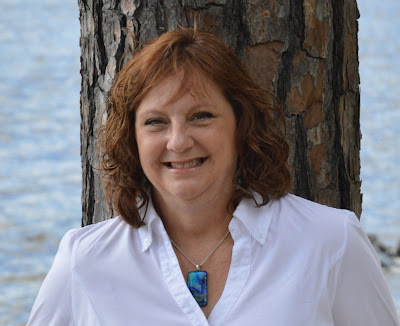