Aloha to Lisa A. Olech and WITHIN A CAPTAIN'S HOLD 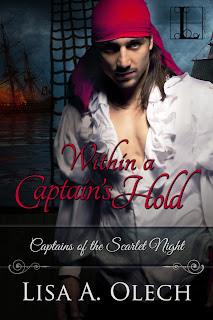 BY Lisa A. Olech

This week I am thrilled to be celebrating the release of my new novel, Within A Captain’s Hold! I’ve been hopping about through various blogs over the last few days talking about everything pirates. From women pirates to pirate movies, to what they might eat for Thanksgiving. I’ve been remiss, however. There is one topic I’ve yet to cover. RUM! Pirates were huge drinkers and rum was a definite favorite.

Life aboard ship was brutal. Sailors went hungry much of the time, and clean, drinkable water was hard to come by on long voyages. No surprise, they carried more wine and rum than water. Disease was as big a threat as the iron gibbons and the noose. Scurvy topped the list. So the men were given grog, a blend of sugar water, lime juice,… and rum.

While we think of a pirate’s treasure being gold, silver and precious jewels, one of the most popular things to plunder was liquor. Pirates were much happier and fought more fearlessly if they were ‘three-sheets to the wind.’ In fact, letting the crew sober up was a good way to start a mutiny. It was a bad day for every pirate captain when the rum ran out.

Evidently, every hour aboard a pirate ship was happy hour! But all that drunken fun did lead to some poor decision making. After a few barrels of rum, crews were known to launch full attacks on uninhabited islands. Ships were grounded on sand bars and had their hulls torn open on coral reefs. They never even considered a designated driver!

Once a crew got so angry with one of their members during a night of drinking, they tossed him overboard to drown. Unfortunately, he was the only crewmember who knew how to use a sexton. The ship sailed in circles for weeks.

While days and nights of endless drinking and carousing doesn’t appeal to me personally, in honor of the release of my debut book in the Captains of the Scarlet Night Series, I will pour myself a nice finger or two of some nice spiced rum. (You know, the one with the pirate on the label!) Maybe I’ll pretend for just a moment that I’m behind the wheel of my own pirate sloop with the sun on my face and the wind at my back. I’ll raise my glass and quote Captain Jack Sparrow, “Now…pour the rum and show me that horizon.”


Captain Jaxon Steele is a tall, sun-bronzed, fierce-fighting Pirate King. He and the notorious crew of the Scarlet Night are both feared and respected for their ruthless reputation. The Captain’s only love is the open sea and the ship he calls home. When it comes to women, he has three rules: never sleep with another’s wife, don’t take virgins into bed, and most importantly, never bring a woman aboard—that brings the worst luck of all.

Annalise Gatherone has to leave London—tonight! Usually her only concern is the color of her latest gown, but now she’s choosing between life and death. Desperate to escape the clutches of an evil Duke, she stows away aboard the Scarlet Night, hoping she’s bound for Port St. Maria. Winning Captain Jaxon’s affections, she just might sneak by unharmed. But when her plans are altered in ways she never imagined, she must batten down the hatches for a journey into unknown waters… 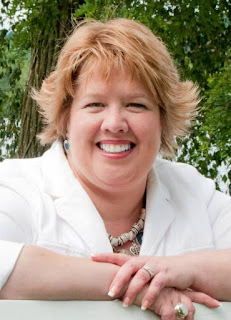 Lisa is an artist/writer living in her dream house nestled among the lakes in New England. She loves getting lost in a steamy book, finding the perfect pair of sexy shoes, and hearing the laughter of her men. Being an estrogen island in a sea of testosterone makes her queen. She believes in ghosts, silver linings, the power of a man in a tuxedo, and happy endings.