Aloha to Sandy James and FRINGE BENEFITS, Book 4 in the Ladies Who Lunch series

When life gets tough and love is hard to find, four friends take their troubles to lunch. High school teacher Danielle Bradshaw deserves a happily ever after, and the Ladies Who Lunch are determined to deliver Mr. Right.

As the new head of the English department, Dani doesn't have much time for anything but lesson planning and literature. Romance--or even sex? Forget about it. But then the principal introduces her to last-minute hire Nate Ryan. Finding time to mentor a new teacher won't be easy, especially when his incredible body and equally disarming charisma are enough to make her heart skip a beat . . .

Nate may be fresh out of school, but he's confident in his teaching skills--and in his feelings for Dani. But while she's everything he's ever wanted, he knows his place on her staff--and his age--may be problematic for his sexy boss. How can he convince her to ignore the gossip mill currently in full swing in the teacher's lounge and surrender to what's meant to be? 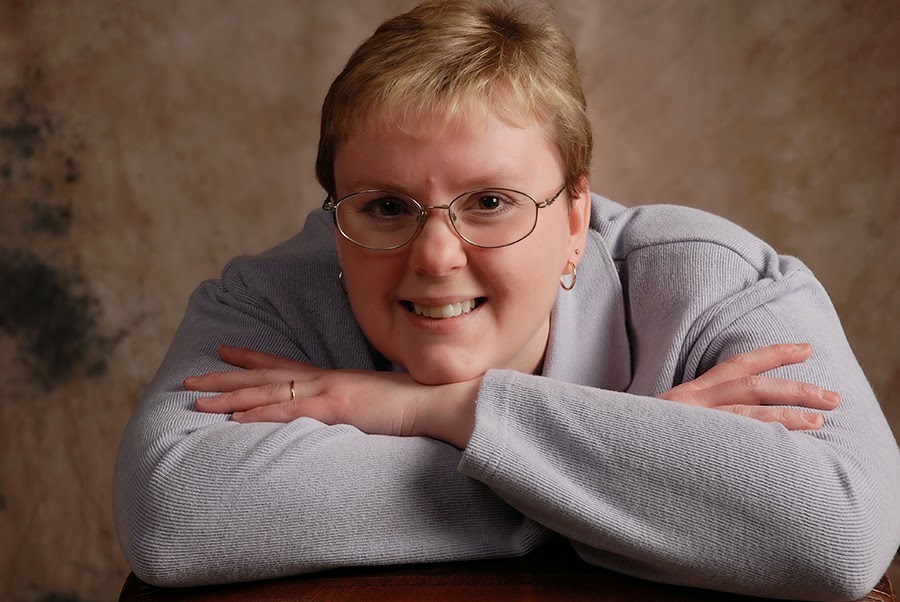 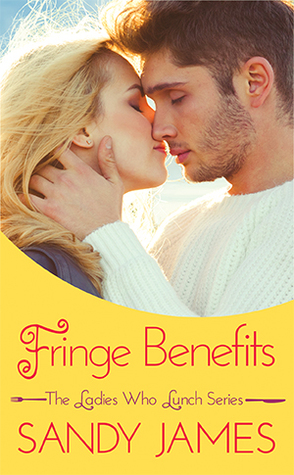 Forever Romance is hosting a special giveaway at this link ... and offers an excerpt from FRINGE BENEFITS:

This will be a great story to tell the kids one day.

Why that ridiculous thought kept tumbling through Nate’s head was beyond him. But it did.

Your mom and I got locked in a supply closet together. That’s when we decided to start dating.

There was a stack of papers they’d used to play what seemed like a million games of tic-tac-toe, which had been followed by hangman. Over an hour had passed, and there was no sign of the custodian.

Funny, but he no longer minded losing all that time to get things ready for the first day of school. Instead, he found himself drawn to his pretty, witty boss.

He recognized her perfume. Angel. Once, he’d gone to the trouble of picking a perfume he thought was the perfect scent and bought his fiancée what the salesman called a “recruitment set.” The bundle of Angel products had everything from the perfume in a star-shaped bottle to body lotion.

Kat had hated it.

Obviously Dani liked it as much as he did. Everything about her appealed to him and—Jesus have mercy. She was his boss. So why did he keep forgetting that?

“My legs are getting stiff.” She struggled to stand, groping for one of the shelves. A hiss fell from her lips. “Shit.”

The pain on her face hit Nate hard, and he grabbed her arm to help steady her. “What’s wrong?”

“Cramp. Leg cramp.” She leaned heavily on him as she got to her feet and immediately stuck out her right leg, pointing and flexing her foot. “Damn, that smarts.”

“Where?” He didn’t want to start pawing her leg, but he wanted to help.

Nate eased down on one knee and started rubbing her leg.

“Nice knot you’ve got there.”

“I think I’m dehydrated.” As he kept working on the knot, she flexed and extended her foot. “Left my water in my room.”

“Yeah, well, neither of us expected to be here so long.” The muscle relaxed under his kneading fingers. “Getting better?”

So why couldn’t he stop touching her? When it dawned on him that he wanted to trail his fingers up her leg, to her slender thigh and beyond, he slowly stood. Her eyes were locked with his, and tension rose between them as he gently put his hands on her waist, easing her forward.

Her head cocked just enough to show that she would allow him to kiss her. With a smile, he lowered his face to hers. With a loud rattle of the lock, the door suddenly swung open, and the sixty-something custodian stared at them wide-eyed.

“What in the hell are you two doing?”