Aloha to Amanda Forester and A MIDSUMMER BRIDE 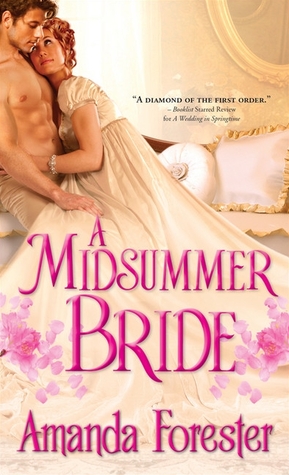 On this day in 1778, Captain Cook came ashore to Maui, making him the first European to visit the Valley Isle.   Cook's accomplishments in the Pacific set the bar high for the Royal Navy during the Georgian Era.  Unfortunately, the Royal Navy would set the bar low during the Regency Era with "press gangs".  Amanda Forester joins us today with a special post about "press gangs" in her new release, A MIDSUMMER BRIDE, Book Two in the Marriage Mart series ...

Harriet Redgrave is an unconventional heroine for an English Regency romance – she's not even English! I got the idea for Midsummer Bride after I learned that during the Napoleonic Wars, the Royal Navy routinely turned to impressments, the taking of sailors by force to serve in the navy, in order to man their 600 ship fleet. Press gangs could operate both on land and at sea. By British law, any officer of the Royal Navy could, if the need arose, stop another seagoing vessel and press eligible men into service of the navy.

I was astounded to learn that the British navy could stop another ship and impress the English sailors into service. Could you imagine if the navy did that today? Early in the 19th century, British frigates often stationed themselves outside U.S. harbors in order to search American vessels for contraband or men they considered eligible for impressments. Since Britain did not recognize American naturalized citizenship, they considered anyone of British descent to be fair game for impressments. Obviously, Americans were none too pleased about this practice, and it became one of the reasons America declared war on Britain during the war of 1812.

I wondered what would happen if an American heiress, and granddaughter to a British earl, were on a ship seized by the Royal Navy. I enjoy stories that throw people out of their element to experience a completely different life. Harriet is taken, most unwillingly, to England where her aristocratic grandfather hires a matchmaker to find her a titled husband. Through her eyes, I was able to experience Regency society from the perspective of an outsider. As an author I had a lot of fun with Harriet running amuck in polite (and not so polite) English society. Add a handsome Scottish earl and a few nefarious French spies and you have a recipe for romance!

A Midsummer Bride is the second book in the Marriage Mart Series. Miss Harriet Redgrave, a horrendously rich American heiress, laughs too loud, states her opinion directly, and even conducts science experiments. Her aristocratic grandfather is desperate to get her respectably wed and is offering a king's ransom to anyone able to arrange a suitable marriage that comes with a title. In contrast, Harriet is interested in science and avoiding matrimony – until she meets Duncan Maclachlan, Earl of Thornton. Thornton has sworn to never marry for money, but is drawn to the irrepressible Harriet. What begins as friendship, and a desire to prevent his castle from being destroyed by some chemistry experiments gone wrong, sparks into a reaction that threatens to consume them both.

Often it is the hero who is cast as the outsider in romance stories, but do you also enjoy the heroine as the outsider? Comment for a chance to win a copy of A Midsummer Bride!

Thanks so much for inviting me. I hope a little A Midsummer Bride will warm your hearts this holiday season! I love to hear from readers so come visit me at my website, Facebook, or Twitter.

Mahalo, Amanda, for joining us today.   Sourcebooks is giving away a print copy of A MIDSUMMER BRIDE to one randomly selected commenter.  To enter the giveaway,

1.  Leave a comment about science - do you find it intriguing?  I struggled with high school chemistry but enjoyed Physics!

3.  Comments are open through Saturday, November 30, 10 pm in Hawaii.  I'll post the winner on Sunday, December 1. 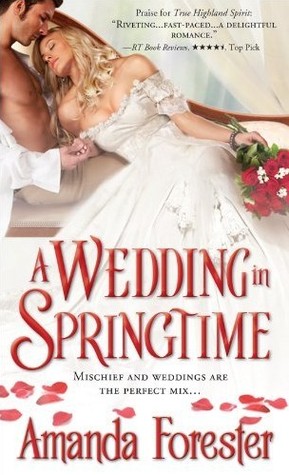