On Saturday night, I attended the kick off for Lady Jane's Salon in Silver Spring.   From its website (link),

Join us once a month as we connect authors and readers to talk about stories about love, hardships and happily ever afters.

We meet on the second Saturday of the month, from 6-8 PM, at our host venue, La Madeline in Rockville, MD. Admission is $5 or one gently-used romance novel. Net proceeds from admissions support an end-of-year donation to the Lost Dog and Cat Rescue. 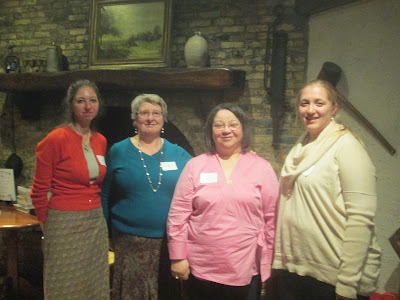 Meredith Bond read from MAGIC IN THE STORM:

Morgan Vallentyne is trapped. A direct descendant of Morgan le Fey, he knows he is destined for greatness — but cannot access the magical abilities that should be his. When he learns that he has only one month to achieve his full powers, he begins to lose hope. But after a violent storm throws a beautiful girl into his path, the magic begins.

Adriana Hayden is desperate to be free. Born to paint the natural world with unprecedented passion and vision, she is fenced in by the conventions of 19th century English society. But after meeting the handsome and mysterious Morgan, her world begins to open to enchanted possibilities she could never have imagined.

Brought together by the forces of nature, their love is fanned by the winds of fate. The only way to fulfill their destinies is for each to unlock the powers of the other — through the magical tempest of their passions.

To learn more about Meredith and her books, check out her website at meredithbond.com. 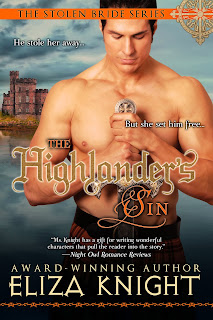 He stole her away… But she set him free…

They called him The Priest. Maybe because of his billowing black robes and the steel crucifix that hung around his neck. Or perhaps it was because those who met him were compelled to pray. But Duncan Mackay was anything but a saint. He was a sinner—a paid mercenary. Until he met her, and she made him want to change his ways.

Lady Heather Sutherland, has never been compelled to follow rules. And this time, she’s gone too far. Following in the footsteps of her brothers and cousins, she chooses to join the fight for Scottish freedom—and gets herself abducted by a handsome, rogue warrior, whose touch is sweet sin.

Duncan’s duty was clear—steal Heather away from Dunrobin Castle. What he didn’t expect, was to be charmed by her spirit and rocked by her fiery kiss. Now, he doesn’t want deliver her to those who hired him, instead he wants to keep her all to himself.

THE HIGHLANDER'S SIN is the sixth book in the Stolen Bride series, but it can stand alone.

To learn more about Eliza and her books, check out her website at elizaknight.com.

1800—Allan Pendale, lawyer and the youngest son of the Earl of Frensham, is bound by ship for the West Indies, to impart the news to his estranged father that his mother has died. But he also has another mission—to find out the truth of his origins.

Miss Clarissa Onslowe is also on board, traveling to take up the role of governess to the daughter of the wealthy planter Mr. Lemarchand. There is nothing to keep her in England. An indiscretion five years before led to her reputation being ruined; her abolitionist family has disowned her and no gentleman would marry her now. But now she seeks redemption with her family by revealing the truth about the miserable lives of the slaves who work on the sugar plantations.

Clarissa’s previous encounter with love has left her aroused and restless, and Allan is a man for whom lust is a daily pastime; thrown together below decks during the long sea voyage, they embark on a sensual odyssey where no desire is left untested. But if they thought their exploration and ecstasy could not be bettered, then there are more pleasures to be taken and boundaries to be broken at their island destination—where “March” Lemarchand, sugar king and master of seduction, awaits them both…

To learn more about Janet and her books, check out her website at janetmullany.com. 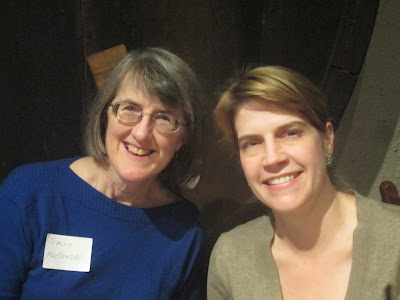 I sat next to Sally McKenzie and Emily Greenwood. 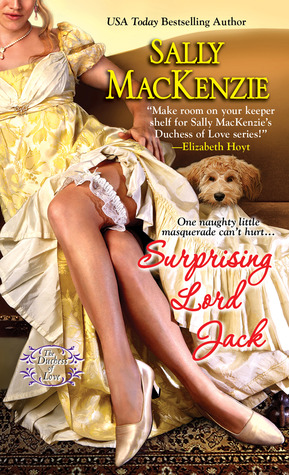 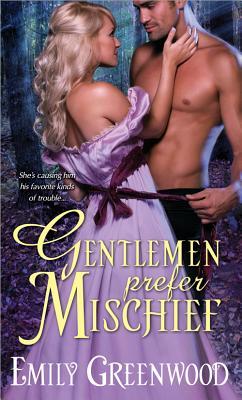 Sally will be reading SURPRISING LORD JACK at the January meeting of Lady Jane's Salon/Silver Spring.   I will be reviewing Emily's upcoming release, GENTLEMEN PREFER MISCHIEF, in December. 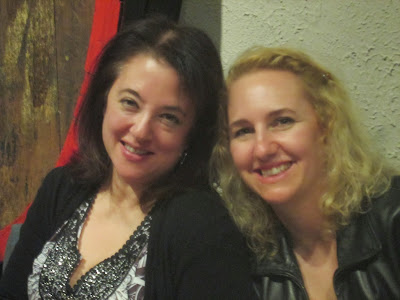 I chatted with Evie Owens and Carlene Love Flores.   Evie is featured in the recently released anthology ONCE AND FOREVER with Mary Blayney, Elaine Fox, Emelle Gamble, and Lavinia Kent.   I enjoyed learning more about Carlene's books, including THE BOSS. 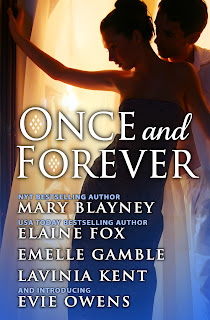 Have you attended an author reading?  One randomly selected commenter wins a book choice from my convention stash.   This giveaway is open to all readers.  Comments are open through Saturday, November 16, 10 pm in Baltimore.   I'll post the winner on Sunday, November 17.