Aloha to Alyssa Maxwell and MURDER AT THE BREAKERS 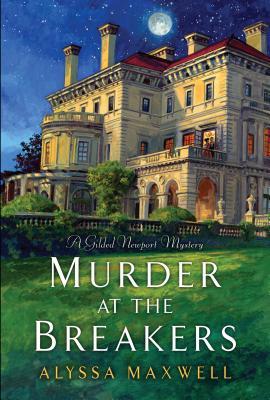 MURDER AT THE BREAKERS is a step back in time to the Gilded Age:

Newport, Rhode Island, August 1895: She may be a less well-heeled relation, but as second cousin to millionaire patriarch Cornelius Vanderbilt, twenty-one-year-old Emma Cross is on the guest list for a grand ball at the Breakers, the Vanderbilts’ summer home. She also has a job to do—report on the event for the society page of the Newport Observer.

But Emma observes much more than glitz and gaiety when she witnesses a murder. The victim is Cornelius Vanderbilt’s financial secretary, who plunges off a balcony faster than falling stock prices. Emma’s black sheep brother Brady is found in Cornelius’s bedroom passed out next to a bottle of bourbon and stolen plans for a new railroad line. Brady has barely come to before the police have arrested him for the murder. But Emma is sure someone is trying to railroad her brother and resolves to find the real killer at any cost…

One hundred years after the declaration that all men are created equal, there began to gather in Newport a colony of the rich, determined to show that some Americans were conspicuously more equal than others. - Alistair Cooke

Maxwell brings Newport alive with historical figures mixed with fictional characters in this cozy mystery.   The story unfolds from the first person perspective of Emma Cross - a second cousin to the reigning Vanderbilt family.  Yet she lives on the edge of social acceptability with her independent spirit. Emma also lives on the edge of genteel poverty, buoying her finances as a reporter for the society pages.  She accepts with resignation that society (and her relations) expect her to write about garden parties, not criminal activity.

But a murder at the Breakers, the Vanderbilt's summer cottage, gives Emma the opportunity to use her investigative skills (and her family connections) to clear her brother's name. Maxwell drew me into the mystique of America's 400 - the number of people who can fit in Mrs. Astor's ballroom (reminding me of my favorite genre, the Regency romance, with glittering ballrooms).   At times, Maxwell overburdened the story with street descriptions; I would rather she further develop the characters on both sides of the tracks.  Still, this was an engaging who done it that kept my attention to the final reveal.   Once I finished MURDER AT THE BREAKERS, I spent an hour on Google, researching the Vanderbilt family.  I look forward to the next book, MURDER AT MARBLE HOUSE.

Recommended read for fans of cozy mysteries and historical fiction.  I received an ARC from Kensington for an honest review.

I am giving away a special "society" prize to one randomly selected commenter.  To enter the giveaway,

1.  Have you visited any historical house like the Breakers?

To learn more about Alyssa and her books, check out her website at alyssamaxwell.com. 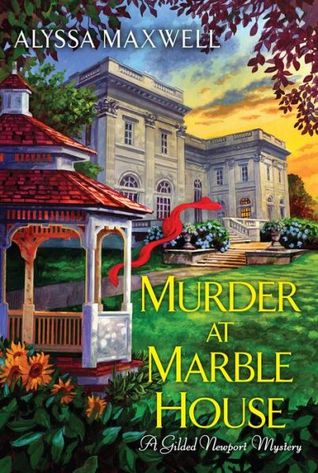