Aloha to Tracy Solheim and A NUMBERS GAME

Life is full of surprises ... earlier this year, I was reading a feature in my sorority's alumnae magazine about members who are published authors, including Tracy Solheim.  Since then, we've exchanged emails and learned we have more than a sorority in comment!  Tracy joins me today to celebrate the release of A NUMBERS GAME - a novella from her Out of Bounds series.

Kim:  I am envious that you worked a "brief stint" for the Seoul Olympics. Can you tell us the challenges and rewards of this mega event?


Tracy:  That was my Walter Mitty experience for sure! I worked as a production assistant for the Seoul bureau chief prior to the games and then for the Late Night Show with Bob Costas while the games were ongoing. Late Night was the best shift because—due to the time difference—the show actually took place during the next day. We went on the air at 2:30 in the afternoon just as the east coast U.S. was going to sleep.

The biggest challenge had to be the twelve hour days. My shift was from five A.M. to five P.M. for sixteen days straight. All of my day was spent inside the International Broadcast Center assisting with scripts, cataloging video tapes and helping the producers and “talent” prepare to go on air. In one case it meant sewing a tear in Bob Costas’ jacket. Since I wasn’t one of the professional staff, I was tasked with a lot of the logistical errands, but I didn’t mind. I saw a lot of what it takes to put on a show of this magnitude that way.

The rewards were witnessing such a huge sporting event through the unfiltered lens. I saw the events live—albeit it through a television monitor—and I didn’t have to watch only what the network packaged for the viewers back home to see. Not only that, but I met some amazing people and I got some really great swag that I still use today.


Kim:  Now that football is over, what sustains you until football returns in the fall?

Tracy:  Thank goodness for the NFL Network and other sports channels because football is never over! This time of year, the strategists come out to play as teams reshuffle their rosters and players become free agents. Next month, the NFL draft takes place and I love to see where some of my favorite college players end up.

I’m also a huge fan of the NHL so I get my game fixes watching hockey. Basketball has never really been my thing except for March Madness. My husband and I will take in a few baseball games during the spring and summer—minor league is pretty inexpensive to enjoy with the whole family. Other than that, most of my “sports time” is spent standing around at horse shows watching my daughter compete.


Kim:  You set A NUMBERS GAME in Baltimore, my current hometown. Why did you choose Charm City? Have you visited Baltimore?

Tracy:  I love Baltimore! It’s a great sports town. The city itself has character and I always wanted to use it as a backdrop for a novel. My husband grew up in the suburbs—the Glyndon-Reisterstown area. Before we moved to Atlanta, we lived in North Potomac, Maryland and we visited my in-laws often. In fact, they still live minutes from the Ravens’ practice facility.

Crabs are an integral part of our family get-togethers even when we visit today, so I HAD to include a scene in A NUMBERS GAME where Merrit and Heath pick crabs. In my upcoming full-length Out of Bounds book, RISKY GAME, (May 6, Berkley Sensation) Baltimore and several of its landmarks are featured frequently, including Santoni’s Market in historic Glyndon. I had lots of fun with it and I think folks from Charm City will appreciate the mention.


Mahalo, Tracy, for the cozy chat.   I know readers will come to appreciate you and your writing as I have ...

Author Tracy Solheim has written her share of best sellers and note-worthy books. Unfortunately most of them line the shelves of dusty government offices around the world never to see the light of day. She hopes to change that with her series of contemporary romantic fiction novels published by Berkley Books.

“I guess you could say I’m a frustrated sports writer at heart, but I love writing—and reading—books centered around sports. I can thank my dad for that. He introduced me to Dick Francis novels when I was a teenager and I was hooked. I am also a big fan of the happily ever after endings of romance novels, so it was only natural that I combined the two elements in my fiction debut.” 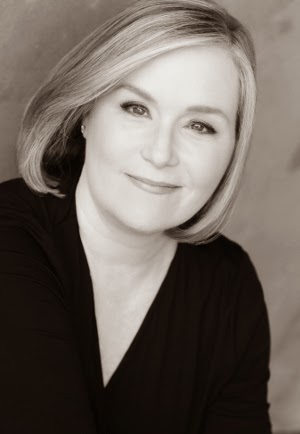 About A NUMBERS GAME:

Love is worth more than the sum of its hearts…

CPA Merrit Callahan learned early not to let passion unravel her orderly life. Back in college she fell hard for a football player, only to be devastated when she discovered he’d been duping her all along—dared by his teammates to score with his bookish tutor. Now, after her back-stabbing fiancé breaks off their engagement, Merrit flees to Baltimore to escape the fallout.

After eight years in the pros, a series of concussions have forced Heath Gibson out of the NFL. The transition from player to coach for the Baltimore Blaze hasn’t been smooth, but finding himself face-to-face with Merrit Callahan makes the ride even rockier. He’s been filled with regret ever since a stupid team prank caused Merrit to run away from him a decade earlier.

Merrit’s stunned to reconnect with Heath. And despite the authenticity of his reignited feelings this time around, Merrit’s got her mind set on payback. She’ll give Heath a night he won’t forget and then walk away. But Heath’s hold on her heart—and the rest of her body—is difficult to break…

Includes a preview of the next Out of Bounds novel, Risky Game.

Tracy is giving away a $25 Amazon or B&N gift card (winner’s choice) to one random commenter during the tour. 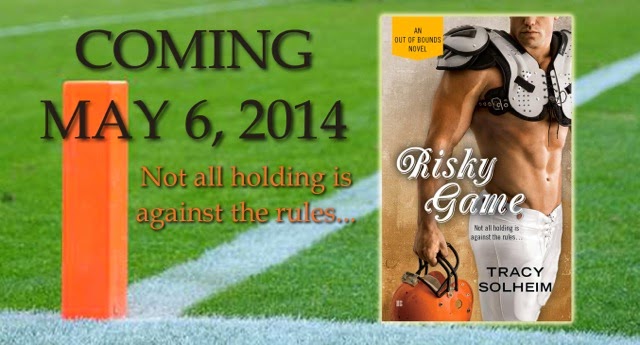 Also coming is my review of RISKY GAME -
loved it!
Posted by Kim in Baltimore at 10:43 PM