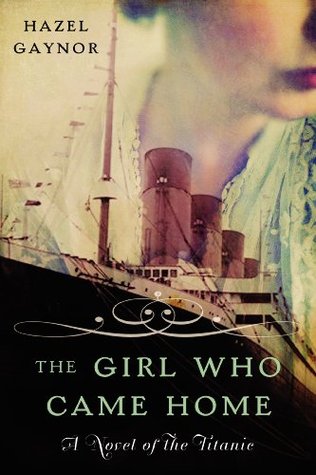 The RMS Titantic was completed on Apirl 2, 1912.   She began her maiden voyage on April 10 from Southampton.  On April 15, the largest ship of its time sank 2 hours after hitting an iceberg.   One hundred and two years later, the Titantic still fascinates.   She is the inspiration for Hazel Gaynor's THE GIRL WHO CAME HOME:

Ireland, 1912. Fourteen members of a small village set sail on RMS Titanic, hoping to find a better life in America. For seventeen-year-old Maggie Murphy, the journey is bittersweet. Though her future lies in an unknown new place, her heart remains in Ireland with Séamus, the sweetheart she left behind. When disaster strikes, Maggie is one of the lucky few passengers in steerage who survives. Waking up alone in a New York hospital, she vows never to speak of the terror and panic of that terrible night ever again.

Chicago, 1982. Adrift after the death of her father, Grace Butler struggles to decide what comes next. When her Great Nana Maggie shares the painful secret she harbored for almost a lifetime about the Titanic, the revelation gives Grace new direction—and leads her and Maggie to unexpected reunions with those they thought lost long ago.

Hazel Gaynor is a novelist and freelance writer in Ireland and the UK. Her writing success has been featured in The Sunday Times Magazine and Irish Times and she has also appeared on TV and radio.

Originally from North Yorkshire, England, Hazel now lives in Ireland with her husband, two young children and an accident-prone cat.

Hazel's publisher, William and Morrow, is sponsoring a Titantic giveaway ....