Aloha to Debra Holt and UNDER TEXAS BLUE SKIES 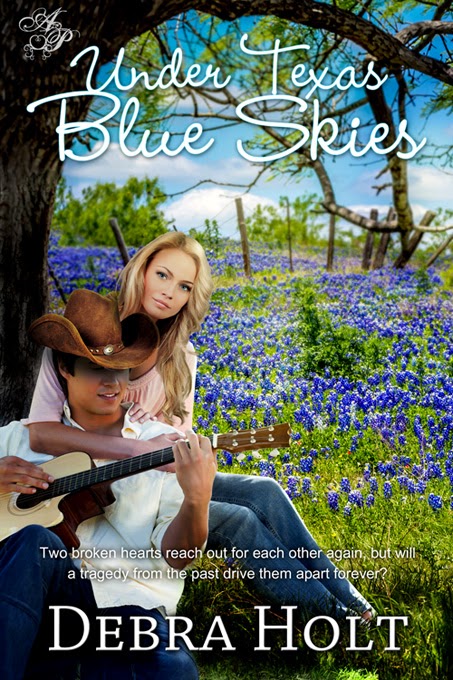 I posted more pictures under Texas blue skies on my travel blog at this link. Debra Holt joins me today to celebrate UNDER TEXAS BLUE SKIES:

J.D. Sterling, country music’s sexy superstar, has come home again. He has achieved his wildest dreams and did what he set out to do when he shook the dirt of the small Texas town from his boot heels a dozen years before. Now, he’s returned for the final piece of the puzzle to completing his life….the girl who holds his heart. Mandy.

Amanda Lawson has grown up. From sheer heartbreak to struggling to survive to becoming a shrewd businesswoman, she has taught herself to never look back. She survived once before the wild, green-eyed cowboy with only a guitar to his name and a pocketful of dreams. He took her heart and so much more when he left her behind with his hollow vows.

Mandy was his muse…J.D. was her dream. Despite tragedy, can they find their way home to each other again? 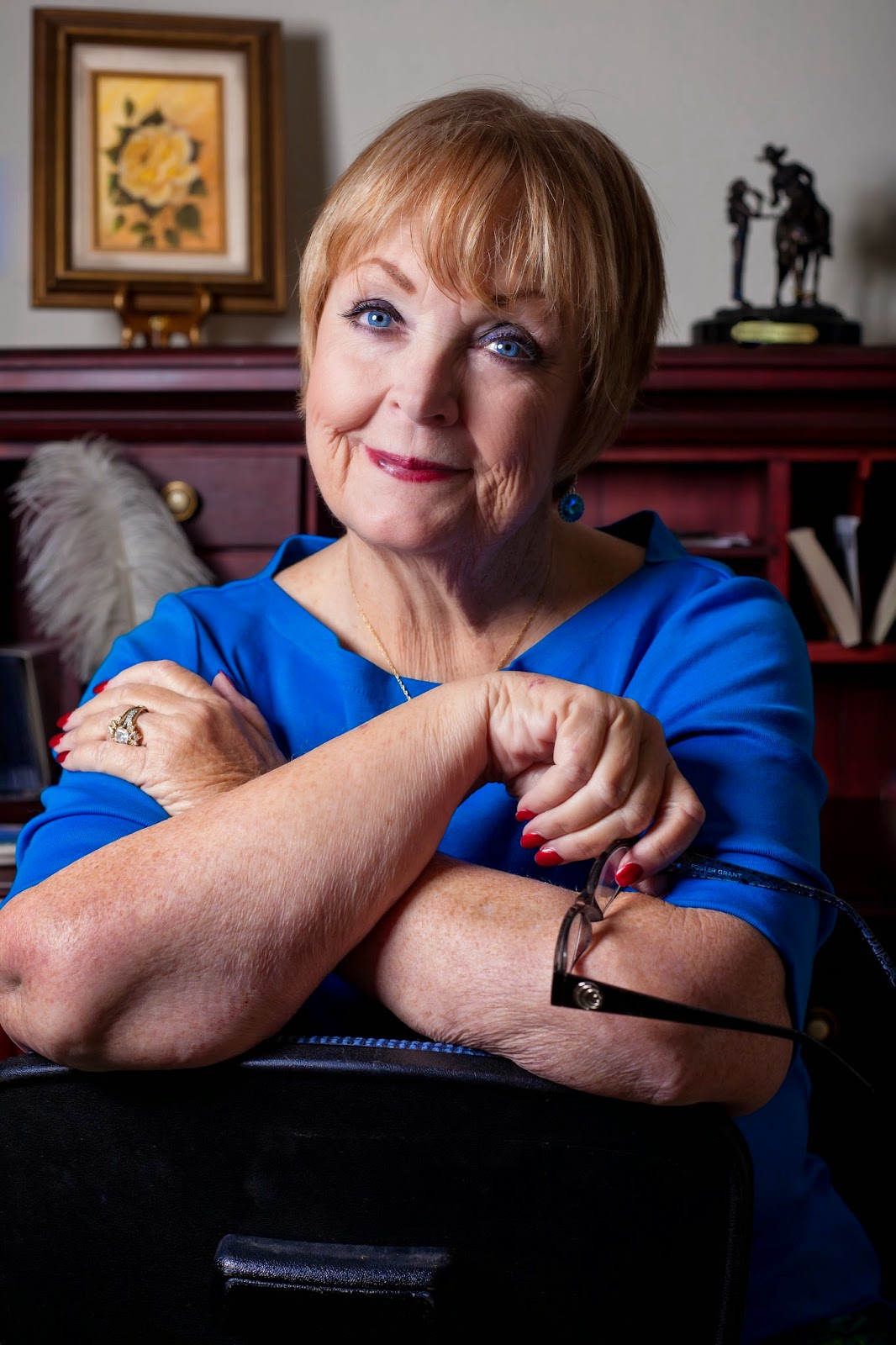 Born and raised in the Lone Star state of Texas, Debra grew up among horses, cowboys, wide open spaces, and real Texas Rangers. Pride in her state and ancestry knows no bounds and it is these heroes and heroines she loves to write about the most. She also draws upon a variety of life experiences including working with abused children, caring for baby animals at a major zoo, and owning a wedding planning business (ah, romance!).

Debra’s real pride and joys, however, are her son, an aspiring film actor, and a daughter with aspirations to join the Federal Bureau of Investigation. (more story ideas!) When she isn’t busy writing about tall Texans and feisty heroines, she can be found cheering on her Texas Tech Red Raiders, or heading off on another cruise adventure. She read her first romance...Janet Dailey's Fiesta San Antonio, over thirty years ago and became hooked on the genre. Writing contemporary western romances, is both her passion and dream come true, and she hopes her books will bring smiles...and sighs... to all who believe in happily-ever-after’s.


Learn more about Debra and her books at debraholtbooks.com. Debra is hosting a special giveaway at this link and offers an excerpt below.

J.D. Sterling’s heartbeats were thumping loud as a bass drum at the sight of the red sedan as it pulled into the circular driveway, stopping just behind the other realtor’s Hummer. He had purposely seated himself in a corner of the wide porch, away from the glare of the noonday sun, where climbing vines and shade would enable him to be concealed from the woman’s line of sight. He didn’t want her to know he was there, at least not right away. J.D. needed to see her first, to get his feet under him. At least, that’s the excuse he'd given himself. For someone who always planted his feet solidly in the middle of any situation, this was one time the spotlight was not what he sought. His pulses were racing as he saw the driver’s door swing open, and two slender ankles encased in gray high heels became visible as they touched the ground.

The woman stood up, one hand pushed her sunglasses further up on the bridge of her nose, and then she closed the car door behind her. She slung the straps of her leather bag over her shoulder and moved around the hood of the car, her heels making soft crunching sounds on the pea gravel along the drive. In the early afternoon stillness of the ranch, those sounds seemed to be amplified.

The eyes in the shadows drank in the features of the woman as she moved toward the house. Nowhere in sight was the country girl he had last seen. The vision that approached was confident in her stride, her head up and shoulders resolute. The girl he used to know was just short of being painfully shy and always hesitant to stand out of any crowd. Sunglasses concealed her eyes from view so he couldn’t see if they were still the amazingly vivid blue he remembered and had even immortalized in song once. They had filled his dreams on many a night and gotten him through some really hard times. It was those eyes he would see when he closed his own as he sang across the bright lights into the dark recesses of some huge arena, packed with screaming fans and loud music. He would sing to the girl in his dreams… the one he had left behind but never left out of his heart.

Maybe the girl he had carried in his memory didn’t exist any longer? That thought unnerved him more than he wanted to admit. Had he left things too late? No, it couldn’t be too late. Not for them.

“Hello, Mandy,” he spoke softly from the shadows.

Amanda’s head swung in its direction. Her eyes sought to focus on the tall figure that stepped from darkness into light. She went to take a quick breath but found she couldn’t. In fact, for some reason, the light was receding, and the darkness was swallowing them all up.

“I have other business in town also,” Amanda spoke up. “I don’t know why I was called out here but…”

“Because I want you.” Those jade green eyes pinned her to her spot.

J.D.’s choice of words knocked the air out of Amanda’s lungs for a moment. Did he think that he could turn that look on her, along with that famous half-grin that sent deep grooves down his cheeks and made fingers itch to touch them and females swoon at his feet? But he was still the lying, no good cowboy who had played her for a fool and then left her behind when the bright lights beckoned. He wanted her? Well, he'd had her once, but never again.

When Mandy stood looking at him with those blue eyes, where once there had been a warmth of love glowing in them for him, there was now a cool curtain, devoid of anything but a banked anger mixed with a dash of indifference. For some reason, he felt he had been judged and found lacking in her estimation. He definitely had to regroup. There was another battle ahead, and he had fought many in his lifetime and won each of them. This would be the most important one. Losing was not an option.
Posted by Kim in Baltimore at 8:26 AM