Aloha to Grace Burrowes and THE CAPTIVE - Guest Review 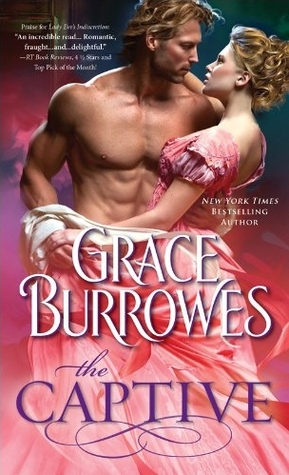 Grace Burrowes kicks off a new series, Captive Hearts, with THE CAPTIVE:

Captured and tortured by the French, Christian Severn, Duke of Mercia, survives by vowing to take revenge on his tormentors. Before the duke can pursue his version of justice, Gillian, Countess of Greendale, reminds him that his small daughter has suffered much in his absence, and needs her papa desperately.

Until he surrenders his heart...

Gilly endured her difficult marriage by avoiding confrontation and keeping peace at any cost. Christian's devotion to his daughter and his kindness toward Gilly give her hope that she could enjoy a future with him, for surely he of all men shares her loathing for violence in any form. Little does Gilly know, the battle for Christian's heart is only beginning.

The Captive by Grace Burrowes
Review by LSUReader

I can always count on Grace Burrowes to deliver a beautifully written book with compelling characters. In The Captive, she adds a lovely, evocative story of lost souls finding their way.

When Christian Severn left a wife and two children to join the English cavalry fighting Napoleon, he was a large, arrogant, self-possessed man--the powerful and successful Duke of Mercia. He returns broken-- an emaciated widower, a victim of French capture and torture. His body, mind, family and estate all need attention. But what drives him is the idea of vengeance against his captors.

Christian's young daughter Lucy has withdrawn in grief at losing her brother and mother to death and her father to the war. She doesn't speak. She barely eats. She fears life. Lucy chooses seclusion in her schoolroom.

Their savior is Severn's cousin by marriage Gillian, Lady Greendale. When the duke was at war, Gilly frequently visited her cousin Helene, Christian's duchess. Now, she continues to spend a lot of time with Lucy. As the book opens, she travels to London to coax Christian home, for Lucy. He agrees to go, but only if she will help with his transition.

So Gillian becomes the post they all lean on. She is devoted to Lucy. She functions as hostess at the ducal estate. She helps Christian regain his appetite and strength. She shields him from the overly inquisitive and helps him return to the normalcy of daily life. Most importantly, Gillian teaches Christian to trust again.

She is so used to seeing to the needs of others, Gillian doesn't admit that she herself is a captive, to the memories of an abusive marriage and the legal problems it left her. When she gradually allows Christian to help her, they both begin to heal. It is a lovely process.

The Captive features one of my favorite characters from the Burrowes' Windham series, oldest son Devlin St. Just. He is here first as a soldier, and later as a visitor to Christian. He becomes a valued friend to both the duke and countess. (His HEA is in 2011's The Soldier.)

I do have a couple of minor issues with The Captive. First, I wish Burrowes would include a specific timeframe in her books. My brain twists trying to figure out how previous books interact with the current one. The second objection is the cover, which features a lovely, healthy couple. Perhaps depicting a thinner, scarred and maimed Christian would have been a no-no. But it would have been accurate. I find the glossed-over treatment a tad insulting to my intelligence as a reader of historical romance. Each time I picked up the book, I thought, "That's not Christian."

Those personal complaints didn't diminish my overall appreciation of The Captive. I really enjoyed this book and rate it a 4.5. I am looking forward to reading the others in the Captive Hearts trilogy--The Traitor (Aug.) and The Laird (Sept.) 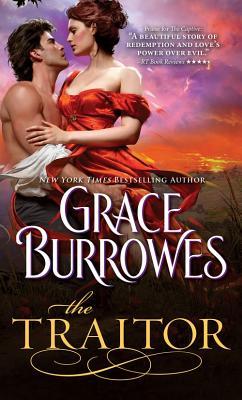 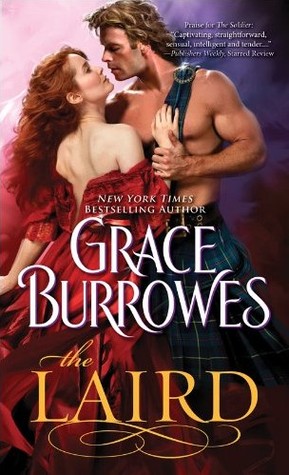 Mahalo, LSU, for your review!  I am giving away a book choice from convention stash, including several other titles from Grace Burrowes, to one randomly selected commenter.  To enter the giveaway,

1.  Leave a comment about historical romances - why do you love 'em?