Aloha to Heather Heyford and A TASTE OF CHARDONNAY 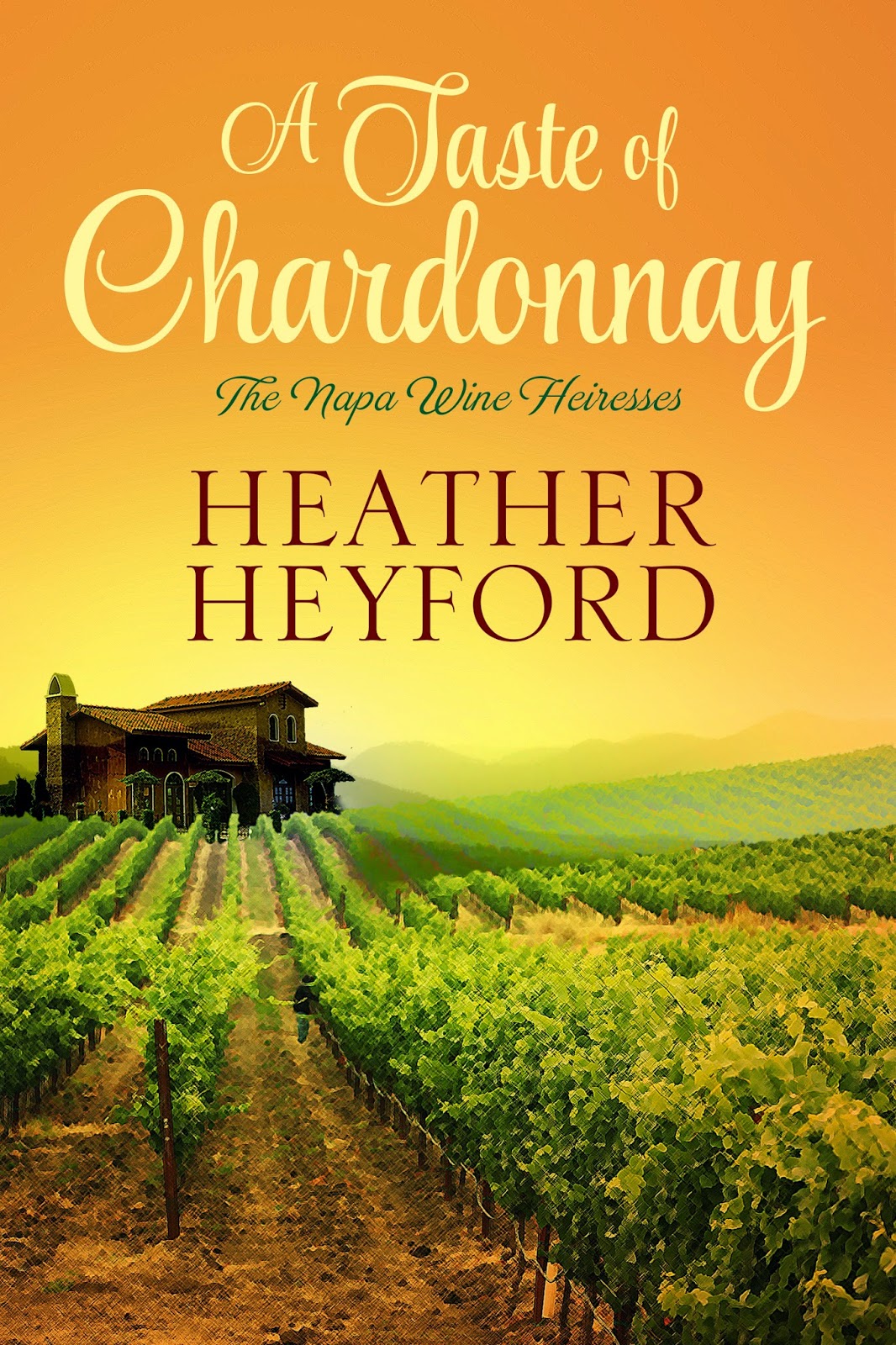 Heather Heyford joins us today with a guest post to celebrate her debut romance, A TASTE OF CHARDONNAY, from her debut series, The Napa Wine Heiresses ...

Beauty and money. Has there ever been a time when people weren’t fascinated by them? Stir in romance and a generous splash of wine, add a touch of scandal, and the result is The Napa Wine Heiresses series. How can you resist?

Chardonnay, Merlot, and Sauvignon St. Pierre were uprooted as children, ripped out of their beloved Napa Valley soil and transplanted in separate boarding schools. For years, wine country residents have been patiently waiting for them to mature. Finally they’re back, and the photos plastered all over the media make them look like perfect people living in a world of wealth and privilege.

But don’t hate them because they’re beautiful. Think back to your own smiling snapshots. Chances are, a few of your cheeriest-looking photos were taken when you felt anything but happy. Char, Meri and Savvy may line up pretty as a row of tulips, but deep down inside they’re just like us—sensitive, flawed and eager to find their place in the world. And like us, they yearn to share that special place with a happily-ever-after kind of love…

Join author Heather Heyford as she uncorks a sparkling new series following the St. Pierre sisters, heiresses to a Napa wine fortune who are toasting the good life and are thirsty for love.

Chardonnay St. Pierre's father is as infamous for his scandals as he is for his wine, and it's up to Char to restore the family name. The Challenge, an elite charity competition held in Napa, seems like the perfect opportunity for the socialite to cement her image as a philanthropist. But all eyes—including Char's—are on the Hollywood heartthrob who's also entered the race…

Long before his face was splashed across the gossip magazines, Ryder McBride grew up in a working-class family in Napa. He knows all about the St. Pierre sisters and their notorious father, and when he learns he'll be up against Char in The Challenge, he assumes the grape doesn't fall far from the vine. But the more they get to know one another, the more they begin to realize that nothing pairs better with a heated rivalry than a healthy pour of flirtation…

Heather Heyford is author of the contemporary romance series, The Napa Wine Heiresses.  Get “A Taste of Chardonnay” now available from Amazon (link), for Barnes and Noble (link), and Kensington (link).

Born in the Northeast, Heather Heyford learned to walk and talk in Texas, and then moved to England. (“Ya’ll want some scones?”) While in Europe, Heather was forced by her cruel parents to spend Saturdays in the leopard vinyl back seat of their Peugeot, motoring from one medieval pile to the next for the lame purpose of ‘learning something.’ What she soon learned was how to allay the boredom by stashing a Cosmo under the seat. Now a recovering teacher, Heather writes love stories, feeds hardboiled eggs to suburban foxes, and makes art in the Mid-Atlantic.

Mahalo, Heather, for enticing my senses!  Heather is giving away a digital copy of A TASTE OF CHARDONNAY to one randomly selected commenter.  To enter the giveaway,

1.  Leave a comment about wine - have you toured a vineyard? participated in a tasting at a winery?

During my husband's assignment with NATO, I joined the international spouses in touring the cellars for Pommery Champagne in Reims, France.

Learn more about Heather and her books at heatherheyford.com.

Plus Kathryn Falk gave a shout out to Heather on Facebook at this link. 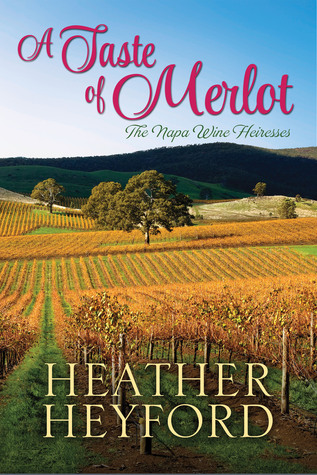