Aloha to Heather Burch and DOWN THE HIDDEN PATH 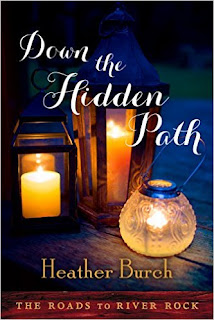 Heather Burch is celebrating the release of DOWN THE HIDDEN PATH, Book 2 in the The Roads to River Rock series:

Jeremiah McKinley is the first of his enlisted brothers to return home to River Rock, Missouri—their sleepy but charming hometown in the Ozarks—in the wake of their father’s death in combat. While he’s grateful to be home with his sister nearby, his grief over losing the man known as Major Mack proves almost overwhelming, especially without his brothers around.

After years of guilt and tireless effort, Mary Grace “Gray” Smith finally has her life on track. The last person she wants to see is Jeremiah: her former best friend, former crush, and the man who could easily destroy the one thing she holds most dear. But after one of Jeremiah’s brothers returns home with a head injury, Gray becomes his therapist—and a long-kept secret threatens to reveal itself and alter the course of several lives forever. Could this secret also give Jeremiah and Gray the chance to finally have the future together they always longed for? 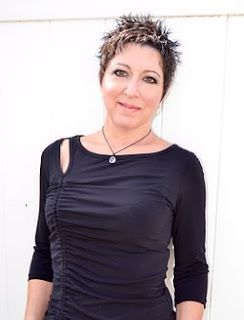 Heather Burch has always been drawn to epic stories about love and loss. She has a wide range of tales from sagas of love lost then rekindled to high adventure young adult novels. But in all, you will find a common thread. She calls it the soul-mate factor. So, jump on in and enjoy the journey with her unforgettable characters. Whether they're saving the world or just their own lives, they find their inner strength and risk it all for that elusive thing called love.

Heather lives in Florida where she writes full time and has conversations with fictional people. Every. Single. Day.


Heather is hosting a special giveaway at this link ... and offers an excerpt from DOWN THE HIDDEN PATH ...

They walked on, taking the dirt path that would lead them beyond the cottage and out to the street. Just as they reached the corner, the sky crackled and lit up with jagged strips of lightning.

“Come on.” Miah took Gray’s hand and pulled her beneath the small awning at the front door of the cottage.

Gray scanned the sky. “I didn’t see that coming.” Of course, that’s how it was in the Ozark Mountains. Storms rose without warning.

When the wind shifted and caused giant drops of water to pelt their sides, Miah used his body as a shield. Warmth rose from where he stood, his back to the storm, his chest facing Gray. And for the longest time, she stood right there, thinking about the future, how she knew in her heart Miah and she were on vastly different paths. She knew this might be one of the last nights they spent together like this. Best friends, but just a little bit more. When rain began to run in rivulets down his arms, she reached out and dragged him closer.

Miah planted his hands on the wall behind her, closing her into a safe half circle. She let her hands trail down his arms to remove some of the rain.

She shook off the excess and watched as the water speckled the last bits of dryness on the porch floor at her feet. When her eyes came up to Miah with an apology on her lips, she halted. His gaze had changed to molten lava. His breathing, ragged. A new kind of heat flew off him in waves and before Gray could stop herself, she was trapped in it. The heat rose, swirling around them, and now her breathing matched his.

Miah licked his lips and somewhere deep inside, she knew a war was going on. But she didn’t care. She’d loved Miah since junior high, when he’d seen the invisible girl who everyone called Gray.

In an instant, all their time together rushed into her mind. It was like people who say their life flashes before their eyes right before death. Swimming in the river, long walks in the woods, late-night study sessions when she fell asleep with her head against his chest. And quite suddenly, a new sensation skated through Gray’s being. A territorial sensation.

So many times, she’d hoped he’d ditch the friendship card and play the boyfriend card, but he never had. And she’d certainly never go there if he didn’t. Except. Except right now, Miah was looking at her with eyes filled with desire, and suddenly Gray realized for the first time ever, she was in control of the relationship.

Her hands, still wet, came up to rest against his chest. Tell me what you want, her gaze said to him, and when her hands fisted into the cloth of his shirt, Miah’s groan answered her question.

It fueled her. Gray reached up behind her and gripped one of his hands. When she placed it on her hip, another groan slipped from Miah’s lips. Gray captured the other hand. He came willingly now, putty in her grasp. Fire rose around them and they might as well have been standing in an inferno. Gripping his wrist tighter, she used his fingertips to trace the line of her breastbone, down, down, over her flat stomach and finally rested them on her other hip.

And then the world became a blur. He dragged her closer, so close they touched everywhere from chest to thighs. Miah had never kissed her. But she knew, she knew he was going to, and it would likely ruin her, devastate her, but it didn’t matter. Right now, Miah McKinley was hers, and she wouldn’t feel anything but joy.

Posted by Kim in Baltimore at 9:43 PM