Aloha to Melinda Curtis and A MEMORY AWAY 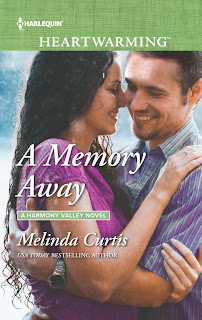 A Hawaiian State of Mind
by Melinda Curtis

Every author has a different writing process. Some people write on laptops, some on tablets, some on legal pads. I write about 75% of each first draft in a notebook, and I do so away from my desk. I have standards for the notebook, too. It has to be small enough to fit in my medium-size purse, and it must be pretty. I don’t like much noise while I write, so I can’t keep my husband company while he watches reality TV (he’s a reality TV junkie, although he’d never admit it).

I’ve written in my daughter’s bean bag chair in the backyard with only my dog and cat for company. I’ve written in my husband’s Lazy Boy chair (it’s good for writing my way out of the troublesome middle). I’ve written in bed and on airplanes. But my absolute favorite place to draft is in a chair or lounger overlooking the ocean.

This could be a problem, because I’m landlocked. I only learned of this preference because this summer, Mr. Curtis and I went on a 12 day Mediterranean cruise and the weather was perfect to hang out on the deck and get writing done while Mr. Curtis went to the casino or watched the NBA Finals on television. I drafted four novellas during that trip. But that still isn’t my favorite place to draft. We have a timeshare and go to one of the Hawaiian islands every other year. I’ve drafted entire books sitting on patios overlooking the Pacific ocean during a seven day holiday. I dream of drafting that fast the other 103 weeks out of the two years we’re landlocked again.

Mr. Curtis and I recently joked about how I could cost efficiently get that Hawaiian state of mind production. He suggested I buy one of those digital photo frames (the kind that rotates pictures every few seconds) and only upload beach pictures. I countered that a huge ocean poster might be put over my office window. He suggested I write in my bathing suit. I suggested a wave machine. He suggested moving to Maui.

Do you have a suggestion as to how I can capture that Hawaiian state of mind? 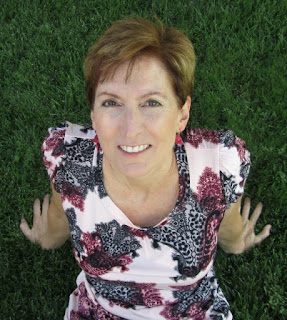 Duffy Dufraine just found out he's going to be an uncle. Jessica Aguirre came to Harmony Valley in search of the father of her unborn child, which is by no means him. An accident may have damaged the expectant mom's memory, but he knows his twin is the man she's looking for. But Greg's gone, which leaves Duffy the only family Jess has. And he has to make things right. Offering her a temporary place to stay seems an ideal short-term solution. Until she stirs desires that make the embattled vineyard manager rethink his own long-term game plan. Is he ready to offer Jess and her baby a home to call their own—with him?

Sign up for a FREE sweet romantic comedy by joining Mel email newsletter at this link.

I am giving away Hawaiian swag to one randomly selected commenter.  To enter the giveaway,

1.  Answer Melinda's question - Do you have a suggestion as to how I can capture that Hawaiian state of mind?