Wednesday's Warriors - Aloha to Anne Elizabeth and A SEAL FOREVER 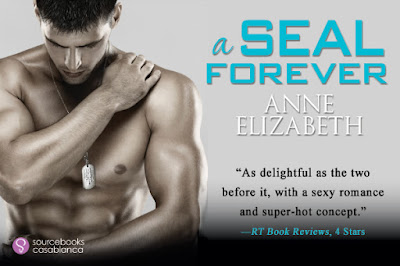 I am currently reading and loving Anne Elizabeth's A SEAL FOREVER, Book 3 of the West Coast Navy SEALs ...

Even a hero needs someone to believe in him...

Parkour instructor Maura Maxwell has always denied her attraction for her bachelor neighbor because she’s seen his revolving door of women and doesn’t want to become another notch on his belt. But the man who rescues her from a sudden storm isn’t the one she thinks she knows—he’s Master Chief Declan Swifton of SEAL Team Five, and he literally sweeps Maura off her feet.

Just as his teasing and tenderness start to work their way into Maura’s heart, Declan and his team are called in for a dangerous op in the Middle East. The man who returns is facing the toughest fight of his life, and he needs Maura by his side more than ever… 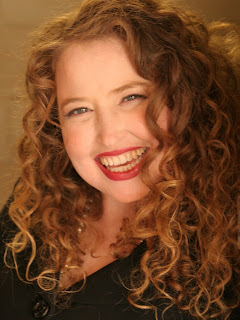 New York Times bestselling author Anne Elizabeth is an award-winning romance author and comic creator. With a BS in business and MS in communications from Boston University, she is a regular presenter at conventions as well as a member of The Author’s Guild and Romance Writers of America. Anne lives with her husband, a retired Navy SEAL, in the mountains above San Diego.

Being a Navy SEAL wife, or a wife in general, is not always easy. As the saying goes, “The Only EASY DAY was Yesterday.” But, love and determination matter. Whatever you dedicate yourself to every day, will grow stronger.


Sourcebooks is hosting a special giveaway at this link ... and offers an excerpt from A SEAL FOREVER:

Master Chief Declan Swifton of SEAL Team Five rolled over the side of the Rigid-hulled Inflatable Boat and slid soundlessly into the Pacific Ocean. The RIB took off without even a comment from the operator, leaving Declan to sink farther into the drink.

The temperature cooled as he swam away from the surface. Fish skirted the edges of his thighs, small shimmers of movement against his skin. He scissor-kicked his way forward. The ocean currents caught him, dragging him in the direction they wanted to go, toward shore. He lay with his arms at his sides, frog-kicking only. Above him, he could see the afternoon sunlight glistening and frothy foam chasing away the glassy surface. Down here things were different…calmer. Peaceful, in a way few souls would understand, and yet he knew that even he would have to surface soon.

His lungs would start to ache and burn, his gut would begin to feel as if it would cave in, and that would force him to either head topside or drink in the salt water. But there was still time. This was the water in front of Imperial Beach and the apartment he lived in. He knew it very well.

Scanning the ocean floor, he gauged it would be about thirty seconds until he reached one of the many rocky sandbars out here. He’d have to pull up before then, or the force of the current would smack him against the side.

As his body began to complain, he used both arms and legs to draw himself upward. Breaking the surface, he opened his mouth and drew in air like a thirsty man would gulp water.

The waves bounced him like a buoy. The tide was coming in and the wind was picking up momentum. Looking at the sky to the east, he could see that there would most likely be a storm today. Over his should, to the west, he spied a wave coming his way large enough to take him to shore. It would reach him in about thirty seconds.

Dec took a long, slow breath and appreciated the sun dropping into the horizon. The colors were extraordinary; orange and gold dappled the horizon as the blazing ball of light attempted to sink before the moon lifted higher in the sky.

His hands flexed, cupping the water. It had been a hot day, and the sun’s rays had heated the top of the ocean, making the surface feel like a warm bath, loosening his muscles. Three months ago, he’d been in waters so frigid, with actual ice caps—the memory still made him cold. But here, the Pacific Ocean off California’s Imperial Beach, was a slice of heaven.

Coming in from the east were some nasty-looking cumulonimbus clouds. Seeing the lightning arc way off toward the distant desert, he decided it was time to go in, and right on cue, here came a perfect wave.

Swimming at top speed, Declan pushed his way through another changing current, one that sought to drag him into faster-moving waters. He went over a higher sandbar, having no intention of going to Mexico today, and increased the reach of his stroke. With single-mindedness he worked his way into the more placid surf as he homed in on a large stretch of beach.

The SEAL felt a few sea lions swimming around him, and one nosed him in the gut and another in his back a few times, assessing whether or not he’d play. Not this time, my friends. He continued swimming without engaging. If he stopped to play, he’d be out there for hours.

Switching to the breaststroke, his arms protested. His platoon had switched their training this month to desert-warfare techniques, and he’d been sweating his balls off in the heat. He managed to learn a thing or two, even now, after all of his years in the Teams. But it felt good to be back in the ocean, his element. He’d live in the deep blue like a Jules Verne character if he could.

Posted by Kim in Baltimore at 7:30 AM