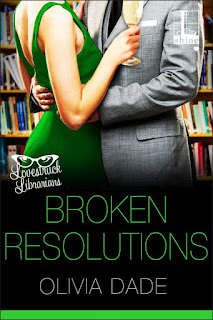 From One to Many:

The Creation of the Lovestruck Librarians Series

When I first wrote Broken Resolutions, my debut contemporary romance, I didn’t intend to make it part of a series. In fact, I assumed it would never see the light of day.

The only previous book I’d written had found its home in the dusty depths of my hard drive. For good reason, too. It lacks what is popularly known as “a plot.” (Turns out, your book can’t just contain chapters of your couple bantering and having hot monkey sex. Who knew?)

The Romance Writers of America conference last year inspired me to do something a little different. I attended a session discussing how novellas could help tighten your prose and allow you to experiment with different stories without a huge time commitment.

Perfect, I thought. Why don’t I try writing a novella? One with an actual plot?

So I did. I wrote the story of Penny Callahan, a quiet librarian whose previous lovers had invariably cheated on and lied to her. Understandably, she’d made a New Year’s Resolution to swear off men until she got her head straight. And then I threw her together with temptation—in the form of sexy but reticent accountant Jack Williamson, who was really John Williamson, reclusive bestselling writer—for an entire night of provocative shenanigans at the library.

Lies, lust, and the library. All the things I love, packed into one short book!

To my shock and delight, Broken Resolutions didn’t end up in a digital graveyard alongside my first book. Instead, I got offers to publish it—as part of a series.

Which startled me, honestly. I hadn’t really planned on other books written in that same world, much as I’d loved playing there. But when I read over the book again, I saw that some tiny part of my brain had understood the series possibility and just hadn’t bothered to tell the rest of me. I’d set up the perfect character for a sequel with Penny’s outspoken boss, Angie. I’d mentioned another coworker, a timid woman named Mary. And I could expand from there as needed in future books.

So I gave Penny good friends and a safe place for her to share her joy and heartbreak. And when I read my book yet again, I realized I’d fixed a problem I hadn’t even consciously recognized.

In my first version of the story, I’d made Penny too emotionally isolated. Too alone throughout the tumultuous process of falling in love. My books are romantic comedies, after all. They need sweetness and warmth to suffuse their bawdiness. The circle of female friends I created provided the comfort and optimism the story had been missing.

Suddenly, my book didn’t stand alone anymore. Neither did my heroine.

In a perfect world, none of us would either. So I’m wishing each of you a safe place for your joy and your heartbreak, and a trusted circle of friends to see you through both. Happy reading!

LOVE BETWEEN THE LINES

Romance has never had a happy ending for librarian Penny Callahan, who could write the book on cheating, heartbreaking liars. So she’s made a resolution: no men for the next twelve months. If she can just get through the library’s New Year’s Eve singles night, she can return home to her pajamas and a good book. But when she finds herself checking out a hot hunk with an irresistible smile, an evening in the stacks becomes a lot more tempting…

Reclusive author Jack Williamson never should have trusted his mother. Even though he’s trying to avoid being recognized, she guilts him into attending a dating meet-and-greet—where an adorable librarian makes him question his lonely lifestyle. Is this just a fleeting, flirty scene? Or could love be the next chapter for them both? 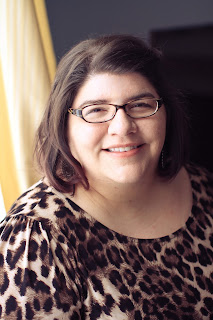 Olivia Dade grew up an undeniable—and proud—nerd, prone to ignoring the world around her as she read any book she could find. Her favorite stories, though, were always romances. As an adult, she earned an M.A. in American history and worked in a variety of jobs that required her to hide her bawdy interior under a demure exterior: Colonial Williamsburg interpreter, high school teacher, academic tutor, and (of course) librarian. Finally, though, she realized the call of the hussy could no longer be denied. So now she writes contemporary romantic comedy with plenty of sex, banter, and nerdery. When not writing, she cooks alongside her husband, and dabbles in photography. Visit her on the web at oliviadade.com.