Aloha to M.L. Buchman and TARGET ENGAGED, Book 1 in the Delta Force series 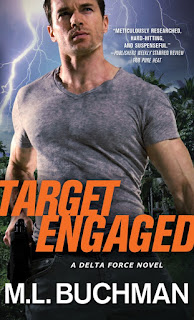 A Note from M.L. Buchman

Welcome to my newest series: the first women of Delta Force. I can’t begin to tell you how much fun this was to write.

Most of us know little more about Delta Force than the Chuck Norris movies (which leave a lot to be desired) or perhaps we only know the name. In researching my Night Stalkers series, I kept running into these guys. They are the elite of Special Operations Forces. They are at a level of SEAL Team 6, and most would argue they were even beyond that. They are the ghost and shadow warriors who helped take down drug lord Pablo Escobar, capture Noriega, were undoubtedly behind the locating of Saddam Hussein, and are the main reason that Al-Qaeda abruptly stopped being a topic in the Iraq War when over three thousand of their leaders were swept off the board.

Yet the Pentagon states that they don’t exist. Fascinating.

And while they often work with undercover female operatives, no woman has yet managed to kick in the front door on one of the most arduous selection programs in the military.

I decided to change that.

Carla Anderson stepped forward to take the challenge. She is a not a woman out to prove she can match any man, she’s out to prove that she can beat them at their own game. And that was the first thing that I loved about writing this series.

In the Night Stalkers, the women were strong, excellent, and determined.

To be a Delta Force woman, Carla had to add enough attitude and drive to plow through all obstacles which just made her so much fun. Nothing was off the table when it came to her attitude or her actions.

And that was the second thing I came to love about this series launcher, Target Engaged. Being Delta Force, they really do operate outside so many bounds. They are sent to do the tasks that no one else can. To that I added the additional challenge that Robert Ludlum gave to Jason Bourne (though I’m quoting the movie): “I don't send you to kill. I send you to be invisible. I send you because you don't exist.” I’m pretty convinced that this is part of Delta’s mission.

It is occasionally said by retired Delta Force operators (as the on-duty ones never speak): “If we’d been sent in to take down bin Laden, you still wouldn’t know how it was done.” To bring that to life gave me a permission as a writer to run my characters into hard and strange places and be just a little gonzo doing it.

But writing is a give and take, and I can’t begin to tell you how much the characters I created shaped my telling of this story. I like to think that they had as much fun as I did bringing this story to life.

I hope that you enjoy the reading even half as much as I enjoyed the writing!

Get to know the Carla, and the entire Delta Force team by reading the first SIX chapters of TARGET ENGAGED for free! Just click here to download them! 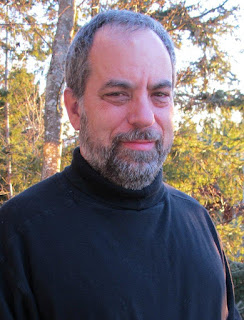 M. L. Buchman has over 40 novels in print. His military romantic suspense books have been named Barnes & Noble and NPR “Top 5 of the Year,” nominated for the Reviewer’s Choice Award for “Top 10 Romantic Suspense of 2014” by RT Book Reviews, and twice Booklist “Top 10 of the Year” placing two of his titles on their “The 101 Best Romance Novels of the Last 10 Years.” In addition to romance, he also writes thrillers, fantasy, and science fiction.

He is now making his living as a full-time writer on the Oregon Coast with his beloved wife. He is constantly amazed at what you can do with a degree in Geophysics. You may keep up with his writing by subscribing to his newsletter at mlbuchman.com.

Delta Force: The most dangerous elite counter-terrorism force on the planet

• The most out-of-the-box thinkers in any military •

• Will die to get the mission done •

Sergeant Kyle Reeves: The premier soldier of the new recruits

If the training doesn’t kill them, their passion may—but Kyle Reeves and Carla Anderson blast right in. Show no fear. Have no fear. Then they get the call. The most powerful drug-smuggling ring in Venezuela needs a takedown, and Delta’s newest team leaps into the deep jungle to deliver. Giving their all? Not a problem. Giving their hearts? That takes a new level of courage.

Check out ML's giveaway at this link.

Posted by Kim in Baltimore at 9:22 AM