Aloha to Krista Davis and MURDER, SHE BARKED - Book Review 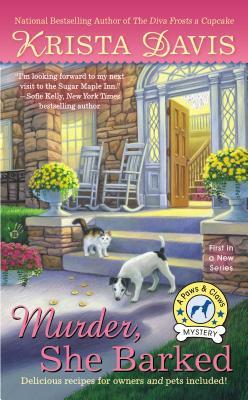 The Sugar Maple Inn in Wagtail, Virginia, is the country's premiere vacation hot spot for pet owners who can’t bear to leave their furry friends behind. But this tourist town smells trouble when a killer goes on the prowl....

Holly Miller's life has gone to the dogs. She has no job, her boyfriend's former flame is sniffing around, and a scruffy but loveable Jack Russell Terrier is scattering crumbs all over her borrowed car. Just when she thought things couldn't get worse, a troubling phone call about her grandmother sends her rushing home to the family inn on Wagtail Mountain.

The staff—and a frisky Calico kitten named Twinkletoes—adopts Holly and her new dog on arrival. But someone in this friendly town is bad to the bone. One of the employees at the inn has been killed in a hit-and-run accident—which is looking anything but accidental. Now Holly and her furry companions will have to nose out the murderer before someone else gets muzzled.


Outside of a dog, a book is a man's best friend. Inside of a dog it's too dark to read. - Groucho Marx

Krista Davis is a veteran writer with nine books from her Domestic Diva Mystery series.  She adds to her resume with MURDER, SHE BAKED, Book One in the Paws and Claws mystery series.  The new series features Holly Miller, an unemployed fundraiser in Washington, DC.  She abruptly leaves dinner with her boyfriend, Ben, when she receives a telephone call that her grandmother, Liesel, is ill.  Holly drives several hours in the rain, rescues an abandoned dog, and reports a fire on the outskirts of Wagtail - a sleepy mountain town which has morphed into a pet friendly resort.

Holly treasures her memories of summers spent at her grandmother's inn. Yet she is taken back by the modern expansion and the unprecedented crime that has occurred. Liesel acknowledges something is amiss in Wagtail and suggests they investigate together.  Liesel's friend, Rose, balks at this suggestion, claiming Liesel has watched one too many episodes of MURDER SHE WROTE, hence the name of the book.

Holly takes on the role of amateur sleuth while training her new dog, Trixie, and contemplating the future of her relationship with her DC boyfriend, Ben. As she pokes around town, she reacquaints herself with friends she made during her childhood vacations. In fact, Davis introduces many characters in MURDER, SHE BARKED which could be overwhelming for one book.  Yet Davis is building the foundation of character development for additional books in the series. Likewise, the plot is burdened with multiple story lines ... but the action kept my attention. I was surprised by how the mysteries were solved.
The creme de la creme of MURDER, SHE BARKED was the close relationship between Holly and Liesel. Davis pays tribute to Liesel with cultural references to her Germanic heritage.

1. Leave a comment about a "pet friendly" resort - would you take your pet on vacation with you?  My cats are too independent to travel with me.  I would enjoy having a resident cat at the resort!

2. Comments are open through Saturday, February 27, 10 pm in Baltimore. 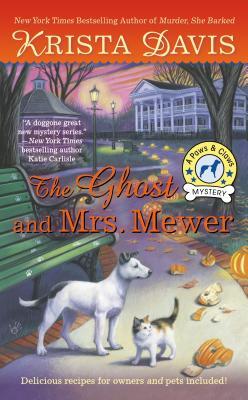 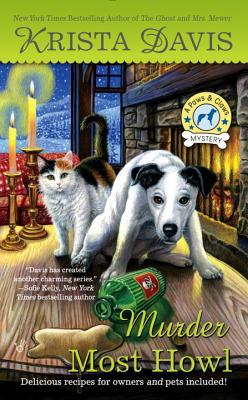