Aloha to V.K. Sykes and SEE YOU AT SUNSET (Seashell Bay Book 3) 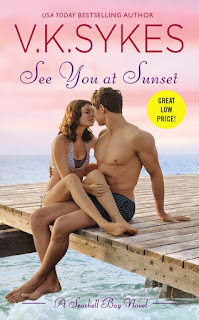 V.K. Sykes is celebrating the release of SEE YOU AT SUNSET, Seashell Bay Book 3:

All Holly Tyler wants is a fantastic career, a not-too-committed relationship, and a city where there are no painful memories. Instead, she's called back to her hometown of Seashell Bay to help with her family's struggling general store. It's a town where everyone knows everyone, and where one man could sink Holly's careful plans.

Deputy Sheriff Micah Lancaster has wanted Holly for as long as he can remember. He knows she has a life on the mainland-and a boyfriend-and that there's no real future with her. But now Holly is back and the attraction still flickers between them, a promise of something more. Their desire is stronger than any undertow . . . and once it pulls them under, it won't let go. 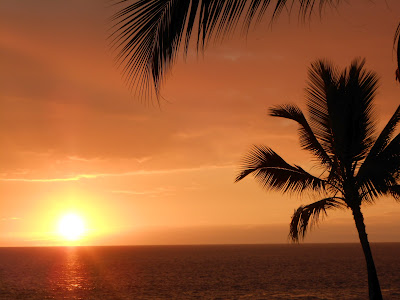 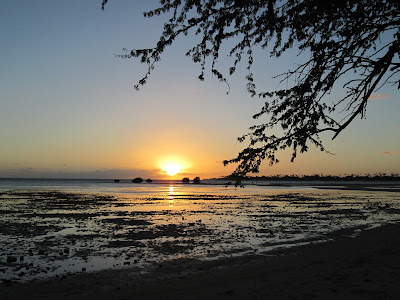 Forever Romance is hosting a giveaway at this link and offers an except from SEE YOU AT SUNSET ...

He grinned. “No, but there’s no law that says we can’t act like we are for a while.” He yanked his shirt over his head, draping it over the railing.

Startled both by his action and the proximity of his incredibly ripped and naked chest, Holly just stared at him. When he started to undo his belt, she managed to find her voice. “Deputy Micah Lancaster, what are you doing?” She winced at the slightly screechy tone to her voice.

“What does it look like? Look, nobody could see us out here on the point even in daylight. And I’d like to note that I’m off duty.” He kicked off his shoes, then shoved his jeans down and stepped out of them.

All he had on was a pair of black boxers that fit him like a second skin. Though she couldn’t help a brief glance at his very impressive package, Holly tore her eyes away. But, oh man, did she want to keep looking.

“I can’t believe you did that,” she said.

“Sure you can. Come on, Holly, be crazy for a few minutes—you’ve earned it tonight.” He slipped past her to the swimmer’s ladder.

Her heart pounded out a crazy rhythm as she greedily took in Micah’s broad shoulders, muscular back, and fine butt. He glanced back, gave her a quick grin, and arced down into the water with perfect form. On top of everything else, he was a great swimmer and a powerful one. She wouldn’t

have anything to worry about if she followed him in.

No, no, no. What a cosmically bad idea that would be—both of them wet and basically naked. But still she moved to the ladder, as if pulled by a magnet. Micah broke the dark surface of the water and raked a hand back to clear his eyes as he bobbed in the gentle waves.

“It’s nice and warm,” he said. “What’s wrong, Tyler?= You chicken or something?”

No, dammit. She wasn’t—not anymore.

“Those are fighting words, Lancaster,” she called down to him as she pulled her tank top over her head and dropped it at her feet. She kicked off her sandals and wriggled out of her skirt, deliberately not looking at him.

Irrationally, she was really happy that her lacy red demi bra and hip- hugger panties were both new, stylish designs from Victoria’s Secret.

She stood poised at the top of the ladder, where she’d stood countless times before. Holly had no fear of the ocean, having jumped and dived off Seashell Bay docks and piers all through her childhood. She’d never suffered anything worse than a black eye Brett Clayton inadvertently

gave with his elbow as he surfaced beside her.

After a quick glance down at Micah, who was staring up at her with his mouth hanging open, she aimed a little to his right and launched herself into a dive.

She came up spitting salt water and shrieking. The water was not warm—it was freaking cold. “You lied about the water, you rat,” she yelped.

He swam closer. “Since when did you become such a wimp?” he teased.

Holly splashed water at him. “Officers of the law are supposed to always tell the truth.”

Micah gave her a sly grin. “Are you still cold?”

She didn’t miss the heated intent in his gaze. You are so playing with fire, Holly. But she didn’t care—not tonight anyway.

“Am I still shivering?” she scoffed.

“I can fix that.” He pulled her in, plastering her against that wet, gorgeous chest of his. Holly couldn’t resist. Didn’t want to resist, because it felt too damn good—better than anything she’d felt in a very long time.

She snaked her arms around Micah’s shoulders and treaded water along with him.

“Does that help?” he whispered in her ear. His bristly chin brushed against her cheek, making her shiver even harder.

“You have no idea,” she choked out.

“Mmm, wrap your legs around my waist, babe. Then you can just float with me.” 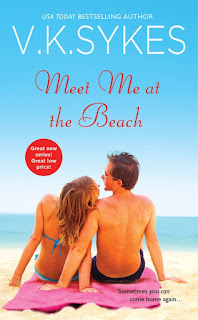 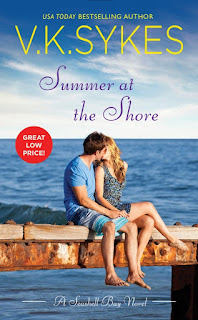