Aloha to Rebecca Zanetti and MERCURY STRIKING (The Scorpius Syndrome No. 1)

With nothing but rumors to lead her, Lynn Harmony has trekked across a nightmare landscape to find one man—a mysterious, damaged legend who protects the weak and leads the strong. He’s more than muscle and firepower—and in post-plague L.A., he’s her only hope. As the one woman who could cure the disease, Lynn is the single most volatile—and vulnerable—creature in this new and ruthless world. But face to face with Jax Mercury…

Danger has never looked quite so delicious… 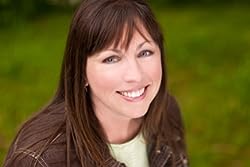 USA Today Bestselling author Rebecca Zanetti has worked as an art curator, Senate aide, lawyer, college professor, and a hearing examiner - only to culminate it all in stories about Alpha males and the women who claim them. She writes contemporary romances, dark paranormal romances, and romantic suspense novels.

Growing up amid the glorious backdrops and winter wonderlands of the Pacific Northwest has given Rebecca fantastic scenery and adventures to weave into her stories. She resides in the wild north with her husband, children, and extended family who inspire her every day—or at the very least give her plenty of characters to write about.

What had she done? Lynne had actually fallen asleep on Jax Mercury. She awoke, blinking inside the stifling hood, just as he lifted her into the cool morning air and easily strode over uneven ground. A slight change of temperature hit her, and his steps leveled out.

Inside. They were inside somewhere. The smell of dust and burned tomato soup tickled her nose, but no sound provided a clue as to their whereabouts. All but blinded, she tried to tune in to her other senses. Jax’s boots clomped heavily across a hard surface, and his heart beat steadily against her shoulder.

His stride didn’t hitch as he climbed stairs, turned, walked in a too-quiet area, and opened a door. The world tilted, and he placed her, gently actually, on what felt like a fake leather sofa.

He yanked the hood off.

Light from halogen lamps assaulted her wide pupils, and she winced, her eyes tearing. “You’re an ass.”

Silver flashed, and he cut the zip ties. “So it has been said.”

Heat climbed into her face. The man had carried her easily and didn’t seem winded a bit. Even so, the legends whispered around campfires and refugee camps across the country had to be exaggerated. Nobody was that tough. “We need to talk,” she gritted out.

He yanked a kitchen chair toward her, turned it, and straddled it. Now, in the light, she was struck by how young he really was. Maybe mid-thirties, black hair, dark brown eyes, and rugged facial features. Handsome in a pissed-off kind of way. A scar cut under the left side of his jaw, white and deadly. “So, talk.”

She swallowed and tugged her backpack to her chest, glancing around what appeared to be a small apartment. A kitchenette took up one wall, an unmade bed the other, with dented furniture in between. Sofa, metal coffee table, woodlaminate kitchen table, paint peeling pink kids’ dresser, and mismatched kitchen chairs. Maps covered the table, spread out haphazardly. “Where am I?”

“You don’t get to know that.” He rested his arms on the top of the chair, muscles flexing.

She bit her lip. Men’s clothing littered the unmade bed, and the smell of musk and male filled the atmosphere. “Whose place am I in?”

“Mine.” He lifted a shoulder, his gaze unwavering. “And yours now, I guess.”

She pushed back into the torn pleather. “I’m not, I mean, I—”

One dark eyebrow rose. “You’re here because I’m keeping an eye on you and making sure you don’t infect anybody else.”

“I won’t infect anybody else,” she said slowly, her nails digging into the couch until the pads of her fingertips protested. “We don’t really know the truth about that statement, now do we? You’re the ultimate carrier of the most dangerous plague to ever attack mankind.” He lowered his chin, the movement somehow menacing. “You’re also here so I can make sure you’re not ready to check out.”

She rolled her eyes. “If I’d wanted to kill myself, I wouldn’t have traveled this far to do it.”

She glanced at the unmade bed. Too many women had become victims as the world had disintegrated; the strong overcame the weak. She wasn’t weak, and she was no man’s plaything. “I’m not here for your amusement.”

“I’m not amused.” He leaned toward her, and her breath caught in her throat. “Let me be perfectly clear. I don’t force myself on women, and neither do any of my men. Any people here, and anyone we come across, remain safe from personal attack. Rape is a crime dealt with by death, so you have no need to fear.”

She’d heard that in the rumors and tales, but she hadn’t known it to be true. “Women don’t earn their keep, earn their protection, with sex here?” Wherever here was.

“You were in an inner-city L.A. gang. Years ago.” She lifted an eyebrow. “Rape was against the rules?”

His face blanked. “No, but I’ve never forced a woman.” Those dark eyes narrowed. “My past is my own. You sure know a lot about me.”

Not really. He’d become a folk legend fighting in L.A. before the news had shut down. Since then she’d been trying to gather facts, but there were still blanks. “Why did you leave the gang? I’ve never heard why you entered the army.”

He rubbed his chin. “Judge gave me a choice. Prison or military. I guess he saw something in me.”

She let her shoulders relax. “I wondered.”

Well, she couldn’t really blame him. She set aside the pack holding her father’s precious journal. Her fingers remained steady this time as she unbuttoned the blouse and drew open the sides.

Jax’s nostrils flared, while a tension, one she barely remembered as sexual, overtook the atmosphere. “Does it hurt?”

“The blueness?” She glanced down, her lungs suddenly

too tight “No. I don’t feel anything.”

He reached out and gently took her wrist, shoving the sleeve up to reveal the track marks on her elbow. “This must hurt.”

His touch stirred awareness deep in her abdomen, and surprise paused her at the feeling. When was the last time she’d felt desire? Or even warmth from another’s touch? She glanced down at the scars caused by drawing so much blood. So many times, and outside of normal medical procedures after a while. “Yes. That hurts.”

“I knew a junkie once with an arm like this.” Jax shook his head and unrolled her sleeve. “The irrationality of a thing is not an argument against its existence, rather, a condition of it,” he murmured, securing the buttons at her wrist. She frowned as the familiar words rolled around her head. “Einstein?”

“Nietzsche.” Jax lifted an eyebrow. “Rumor has it you’re carrying an advanced form of Scorpius. True or false?” “False rumor to isolate me.” She tried to keep her tired eyes open.

Jax gestured toward her pack. “I get the food and water you have, but what’s in the journal?”

She sighed. “Sorry, but there’s nothing about Scorpius. My dad was a physicist and a philosopher. He wrote a lot down.”

Jax blinked. “That’s quite the combination.”

“Yes.” The words on paper were all she had left of her parents.

Jax studied her and then looked toward the gas lamp on the counter. “We have lanterns left, but not for long unless we get more fuel. So keep an eye on the lamp but extinguish it if you go to sleep.”

“I understand.” The guy was quoting Nietzsche? What kind of an ex-gang member turned army special ops turned leader of a vigilante group knew philosophy? She shook her head. Time to negotiate. “I’m here for a reason.” “I’m sure.” He eyed her blue heart again. “You can cover up.”

She fumbled in refastening her shirt. “I’ll teach you everything I know about the illness, and you provide temporary protection and one kill.” The mere idea she was contracting a murder banished the desire humming inside her and replaced the heat with a lump of cold rock.

A veil fell over Jax’s eyes. “What makes you think we don’t know everything you do about the illness?”

She shrugged, wondering if he knew what kind of information he might have stored away just from his ransacking labs. “The Internet went down fast, much faster than anyone would’ve thought, and the news and television thereafter. No way do you know what I know.”

He watched her patiently, as if waiting to strike. “The Internet went down because of a guy named Spiral.”

She blinked. Wow. So Jax Mercury had some seriously good intel. “True. He was infected with the illness and then reacted by creating a world-class computer virus. Figured if bodies died, so should technology, since it got us in this fix in the first place.” Her instincts hummed. Underestimating Mercury would be a colossal mistake. Suddenly, and for the first time in way too long, hope struggled to unfurl within her. “I still know more about the illness than you do.”

“Probably.” He studied her for a few moments longer before cocking his head to the side. “What else?”

She cleared her throat. “I assume you’ve scavenged the area you control?”

She swallowed, her body stilling. “Did you scavenge the emergency CDC outpost on the southeast side of L.A.?” Her blood pumped so fast she could feel a vein in her neck bulging.

The softness contained a deadly intent that rippled a shiver down her spine. Her fingers fidgeted. “They had the most recent research, and combined with mine, we might have hope.” They also had intel on where Myriad, the ultrasecret lab, might be located.

He studied her. “We raided the CDC outpost and took all medical supplies and paper records. Our limited medical personnel went through the files looking for cures, but I have to be honest, none of them are researchers with your background.”

Lynne leaned forward. “I’m happy to go through all the information and decipher it for you.” Oh God. Maybe the risk of heading into Mercury’s territory would actually pay off . . . if she could find Myriad. “Could I look through the data?”

He leaned back and studied her. “Sure. Are you telling me there may be a cure?”

Full-color image of from MESSENGER flyby
Public Domain (link)
Posted by Kim in Baltimore at 12:00 AM