May is Armed Forces Appreciation Month ... and it is my privilege to spotlight historical author Lily Dalton:

Lily Dalton grew up as an Army brat, moving from place to place. Her first stop after relocating was always the local library, where she could hang out with familiar friends: Books! Lily has an English degree from Texas A & M University and after graduation worked as a legal assistant in the fields of accident reconstruction and litigation. She now lives in Houston, Texas, with her family. When she isn't at work on her next manuscript, she spends her time trying out new recipes, cheering on her favorite Texas football teams and collecting old dishes, vintage linens and other fine "junque" from thrift stores and flea markets.
lilydalton.com
@LilyDalton
facebook.com/LilyDaltonAuthor 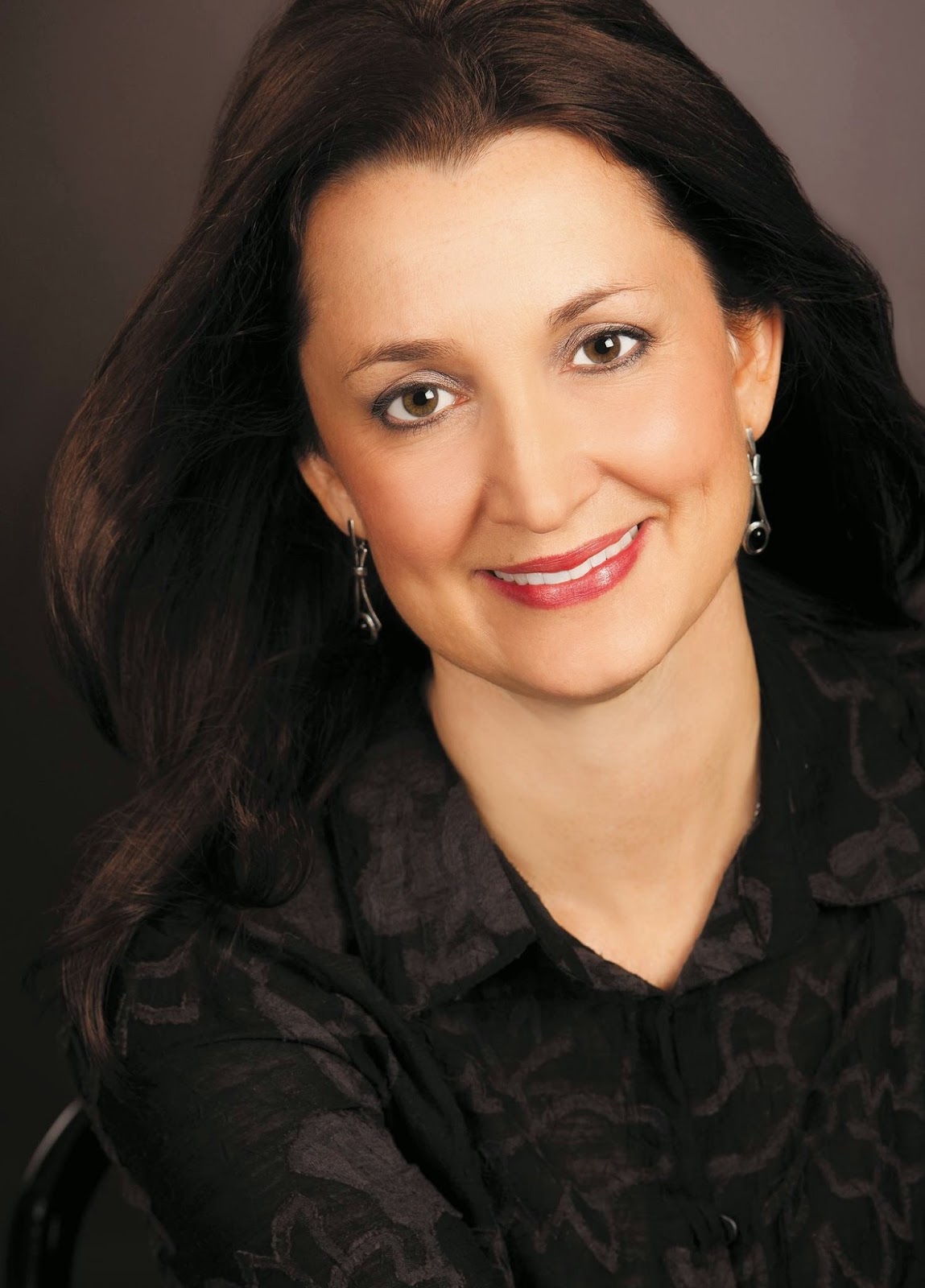 Lily is celebrating the release of NEVER ENTICE AN EARL, Book II in the One Scandalous Season series:

A Deception Most Reckless
Lady Daphne Bevington would do anything for her maid Kate-including masquerading as Kate and sneaking around the wrong side of London to settle the poor girl's debt. Yet her innocent ruse takes a scandalous turn when "Kate" runs into a handsome gentleman on a secret quest of his own. A moment of passion could cost Daphne her reputation, but how can she ignore the stranger's searing kiss?

An Arrangement Most Wicked
Lord Cormack Northmore is determined to find the immoral peer who ruined his sister. So when he learns that the irresistible woman he knows as "Kate" is the Season's most sought-after debutante, Cormack plans to use her connections to help him set a trap. Now, the closer Cormack gets to uncovering the villain who haunts the ton's ballrooms, the more he realizes that the lovely lady is in danger herself. Will he abandon his quest for revenge-or risk losing his one chance at love?
Amazon – link
Barnes & Noble – link
IndieBound – link 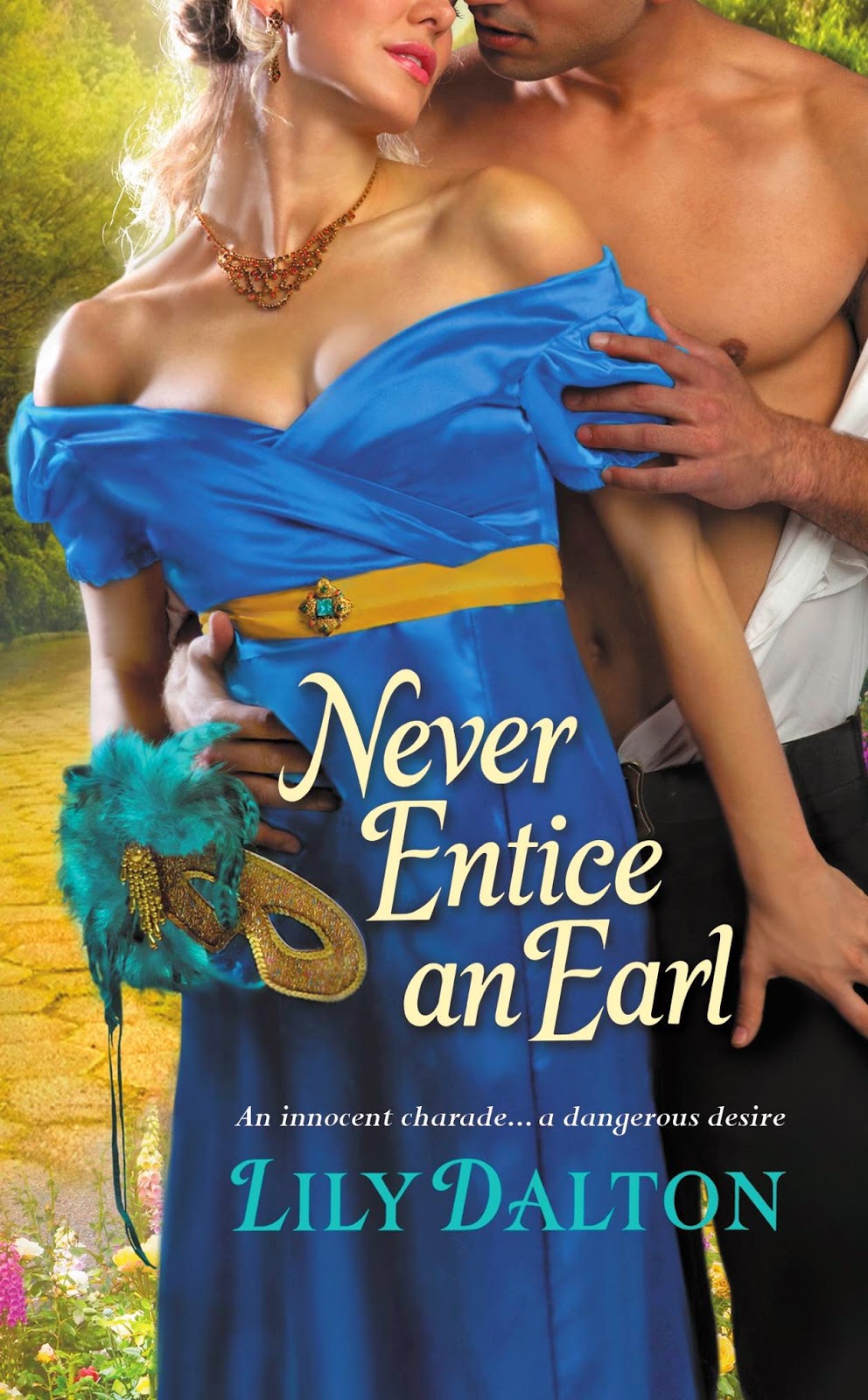 Forever Romance is giving away a print copy of NEVER ENTICE AN EARL to one randomly selected commenter.  To enter the giveaway,

1.  Do you know any military brats? 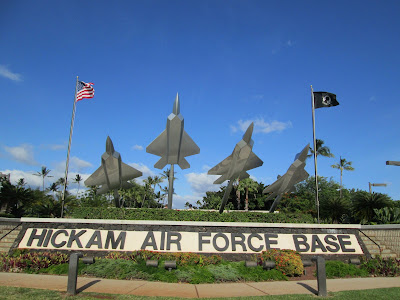 Forever Romance offers an excerpt for NEVER ENTICE AN EARL:

She started, realizing he spoke to her, and opened her eyes to find him studying her with amusement.

“You won’t put on those clothes as long as I’m in this carriage, will you?”

Again, he smiled, and everything inside her melted because she knew he would do the right thing. Indeed, he rapped a fist against the roof. Immediately, the carriage swayed, changing directions and decreasing speed. Cormack perched at the edge of the bench, as if prepared to exit. But then—

He moved toward her, a shadow in the night, until he half crouched, half knelt with his hands planted on either side of her legs. Her heart raced, and she breathed him in, savoring his scent and his heat. Gray eyes stared straight into hers.

Her pulse jumped wildly, taken over by a dark and pleasurable desire for a stranger. Against all good sense she liked him this close, with his attention fixed so intently on her.

He kissed her suddenly, catching her mouth slightly open. Before she realized, she’d leaned into him, kissing him back with fervent eagerness. His tongue slipped inside her mouth, something that ought to have shocked her but instead felt completely natural. She sighed, and touched her tongue to his too. Oh, how sweet and warm he was, inside and out. Who needed dry clothes and a fire, when there was kissing?

He chuckled low in his throat.

She froze. Why did he laugh? Had she done something wrong?

She very well might have, because she’d never kissed a man, unless one counted young David Waddington from the neighboring farm, when they’d both been just twelve. It had been a hurried, sloppy affair with neither of them knowing what they were doing. Her brother, Vinson, had caught them behind the hedge and given David a fat nose, but refused even under intense interrogation, to tell their father, the viscount, why.

On the contrary, Cormack clearly knew his way around a kiss. With a slant of his head, he kissed her more deeply, easing her backward into the cushions and thrilling her with the confident glide of his tongue over her upper teeth. With each brush of his lips, each warm breath into her mouth, an invisible velvet cord that ran along the center of her body tightened and quivered. Her toes curled into the cushion.

He exhaled and murmured near her ear. “Sorry--I couldn’t help myself.”

And apparently she couldn’t either, but something told her to keep that to herself. Something held her silent, preventing her from begging for more. Her upraising, she knew, and the expectation of her family and society that she would always behave as a lady.

His face hovered her cheek, but did not kiss her. He gave her an opportunity, she realized, to reject him, to protest. The moment lasted only that long--a moment--before he bent a few inches more and nuzzled the side of her neck, just below her ear—

“All right then. You haven’t screamed…or poked out my eyes.”

He pressed his lips to the sensitive skin there. Her fingers curled in his shirt.

“Tell me if you’re opposed,” he murmured against her skin. “Tell me if I should stop.”

She couldn’t say anything. He couldn’t possibly understand why, and she wasn’t about to tell him. But his breath tantalized and tickled. With a sigh, she clasped his head there, and he found her earlobe. They sank into the corner, the shadow of his body closing over hers, a delicious blanket of heat and weight, his mouth again claiming her lips.

“Cormack—” she whispered against him, inhaling his breath. Kissing him back. “Yes.”

Beneath the coat, his hand found her bare skin, and smoothed up her thigh.

The carriage jerked to a stop.

He groaned, kissing her hard, and breaking away to stare at her though glazed eyes.
Posted by Kim in Baltimore at 10:50 PM