Aloha to Jennifer McQuiston and DIARY OF AN ACCIDENTAL WALLFLOWER 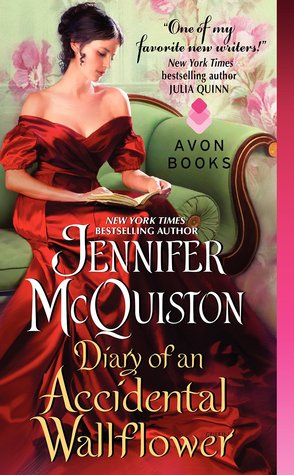 Pretty and popular, Miss Clare Westmore knows exactly what (or rather, who) she wants: the next Duke of Harrington. But when she twists her ankle on the eve of the Season’s most touted event, Clare is left standing in the wallflower line watching her best friend dance away with her duke.

Dr. Daniel Merial is tempted to deliver more than a diagnosis to London's most unlikely wallflower, but he doesn’t have time for distractions, even one so delectable. Besides, she's clearly got her sights on more promising prey. So why can’t he stop thinking about her?

All Clare wants to do is return to the dance floor. But as her former friends try to knock her permanently out of place, she realizes with horror she is falling for her doctor instead of her duke. When her ankle finally heals and she faces her old life again, will she throw herself back into the game?

Or will her time in the wallflower line have given her a glimpse of who she was really meant to be?

Everybody wants to shine a little bit, even a wallflower. - Phyllis Smith

Clare Westmore is on a mission to charm and marry Mr. Alban, the next Duke of Harrington.  As the daughter of a Viscount, she is given entree to London's social season.  Clare learns to dress, dance, flirt, and gossip, all in the effort to make the match of the season.   Yet she twists her ankle while feeding the ducks in the park with her younger siblings.   Despite the injury, Clare insists on attending the ball where she expects to see Mr. Alban.   Her injury sidelines her with the other wallflowers but still draws the attention of Dr. Daniel Merial.   He comes to her aid when it is apparent that her ankle is painful.  Thus begins a dance between two fated lovers as they challenge snobbery between the classes.

McQuiston delivers a heartfelt Victorian romance in which Daniel shines as the humble hero.  He sees Clare for the intellectual beauty that she is; he becomes a positive influence on her younger brother; and he inspires her younger sister to act like a lady.  Daniel also brings fruit shaped marzipan to cheer Clare during her recovery ... a small gesture that chips away at her facade.   Although Clare believes she needs to be an "ornament" to attract a titled husband, she realizes through Daniel that the privileged life may not be her destiny.

McQuiston herself gives readers our own marzipan treat, so to speak.  She incorporates her knowledge of medicine, Latin, and animals from her experience as a veterinarian.   These tidbits added an extra depth to the story.

Recommended read for fans of historical romance who appreciate a story outside the ballroom.

I purchased DIARY OF AN ACCIDENTAL WALLFLOWER
since I enjoyed McQuiston's debut series. 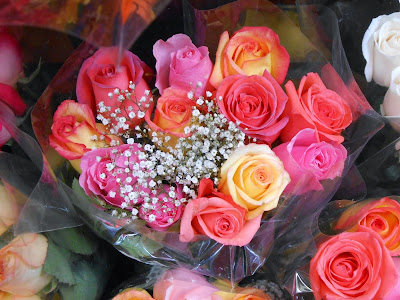 I am giving away a print copy of DIARY OF AN ACCIDENTAL WALLFLOWER to one randomly selected commenter.  To enter the giveaway,

Learn more about Jennifer and her books at
jenmcquiston.com.