Aloha to Lily Baxter and THE SHOPKEEPER'S DAUGHTER 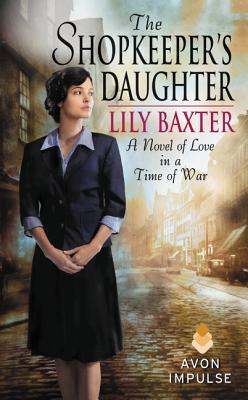 In World War II–torn England, a young woman must fight to keep her family together, whatever the cost.

Ginnie Travis has been working in her father's shop for the past five years, trying to keep it afloat. When scandal rocks her family just as relentless Nazi raids threaten their very lives, Ginnie and her sister are forced to flee and stay with their aunt in the North of England. The last thing she expects to find in the quiet countryside is love, especially with an American soldier. A soldier who has secrets of his own.

Tragedy strikes, the horror of war rages on, and Ginnie will do whatever she must to protect everything she holds dear.

1.  Leave a comment about WWII - do you know anyone impacted by it?  My British mother was relocated from Exeter to the countryside to avoid the bombs aimed for the city's famous cathedral as part of the Baedeker Blitz.  She then returned to a war torn city to help rebuild.

Learn more about Lily Dalton (and her alter ego Dilly Court) at dillycourt.com.

Posted by Kim in Baltimore at 5:06 PM