Aloha to Gina Danna and THE WICKED BARGAIN 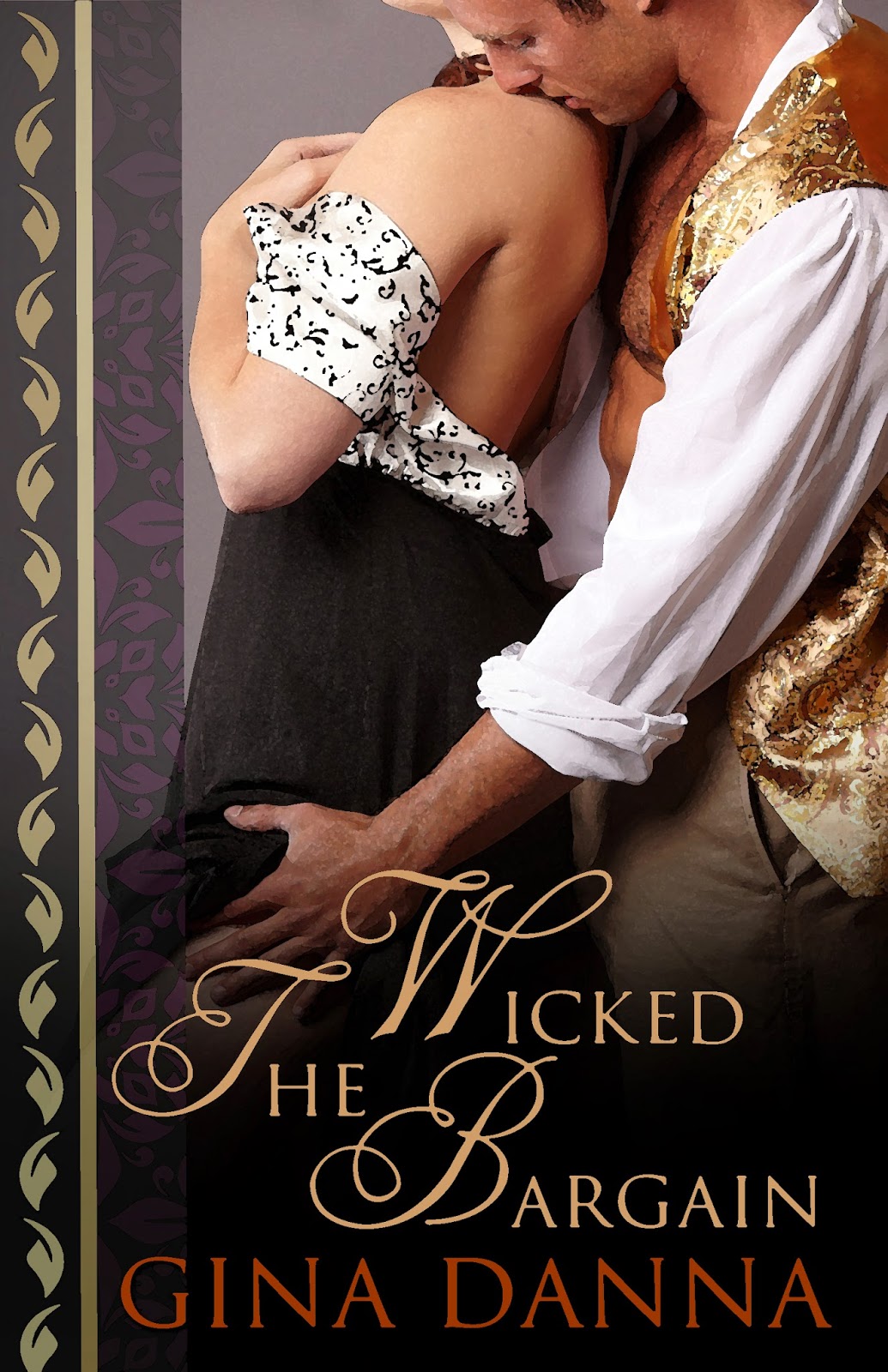 Gina Danna joins us today to celebrate the release of THE WICKED BARGAIN, available June 19 from Turquoise Morning Press.  From her bio,

We have all read the novels of the lords and ladies during the Regency period. Rules look pretty set. It was a man’s world. They expected to marry, love not required, for political or monetary advancement or salvation, to continue the family line into the future. The ‘heir and a spare’ mentality that fueled the English nobility. So even if love wasn’t in the makings of the marriage, children were.

Yet how many stories have characters that the man could often find affections with a lady of the night or take a mistress to soothe the ache that he did not want nor desired from his wife? Or perhaps he has a courtesan under his protection? Society didn’t condemn him for this nor was this seen as unusual but more along the lines of this was an aspect of marriage a wife must accept.

Mmmmm… So he could play but she couldn’t? But what if she wanted to? What if she was lonely? Didn’t care for her husband to be in bed with another woman? There wasn’t anything she could do about it.

But what if she got tired of rearing his children – the only time she was intimate with him and upon becoming enceinte, he left her for another? How upsetting that had to be. He played the doting father and husband when he chose to but it was all a front for society, a society that fed off such delicious scandals of straying lords and their forgotten wives. Or what if he repulsed her or she wasn’t upset he slept somewhere else? What about her? What about her wants and desires? Was there a cure?

The answer is yes. Women could and did take lovers. Some were married, some were casual relationships but these were fleeting encounters and just as shallow. But the bigger question was would she seek solace in another’s arms when her husband strayed, never meaning to be home or a true husband?

Would she have a MALE courtesan? A gigolo? If she had the funds, was it possible?

After reading many Regency stories of the hero saving the heroine from the life of being bought by men, degraded to the world’s oldest profession, I wondered what if the roles were reversed – the woman saved a man of ‘ill-repute’?

A man being paid to do what most did for the fun, thrill and excitement, for love or conquest, posed an interesting question. How would a male courtesan act? Would he, like his counterpart, regret doing so? Would he be cornered into doing this for survival? Would he fall in love with a client, knowing in the long run, his reputation was sullied for selling his body for sex? Enticing questions. And the biggest one of them all – were there male gigolos during the Regency?

Out of references of the period, especially those speaking of courtesans and other vices, there are vague hints of male courtesans. And why not? What man wouldn’t love to receive funds for doing what he’d do anyway?

My muse worked fast and furious to hand me Ethan Warth, the Marquis of Blackmore and his lady, Arabella. Added to all this was the Showtime series Gigolos, about a male escort service in Las Vegas. To hear these men speak was fascinating – the idea that they were there to please the client, regardless of her looks or age. It was their ‘job’ to make her feel special and give her all their attention as if they were her husband/boyfriend/lover. Their stories and attitude about the entire career, was perfect timing for Ethan’s story. It gave him that hint of realism that made him a living/breathing person and so helped the depth to his character.

One lucky commenter will win an ecopy of Ethan and Arabella in The Wicked Bargain!

Gina is giving away a digital copy of THE WICKED BARGAIN to one randomly selected commenter:

Haunted by a past as a sex slave, nobleman Ethan Warth returns to England as a male courtesan for rich matrons and runs a brothel for wealthy lords. Arabella Covington appears on his door, trained in the medical arts but unable to practice because of her gender. He hires her to care for his ladies but her inquisitive nature and beauty make him desire to teach her the world of seduction.

Ethan, however, never counted on falling in love…

1.  Leave a comment about what draws you to historical romances. 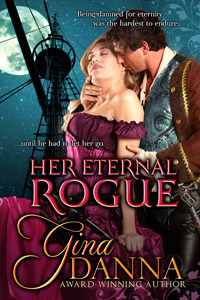 Posted by Kim in Baltimore at 8:09 PM