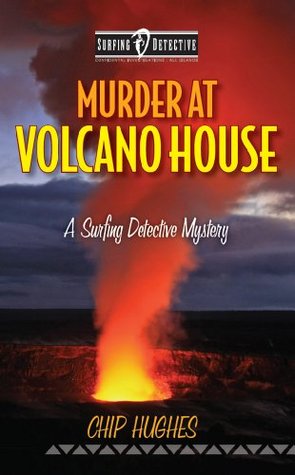 For our finale of Celebrate Hawaii Week, we invite Pele, the Volcano Goddess, from Chip Hughes' MURDER AT VOLCANO HOUSE:

Kai Cooke comes to the Volcano House for his strangest case yet—protecting the CEO of a geothermal venture from the wrath of Pele, legendary goddess of volcanoes. Rex Ransom is here in Hawai‘i Volcanoes National Park to attend the funeral for his second employee to die mysteriously in Pele’s domain. His wife sees a pattern and fears that Rex, having offended Pele by drilling in her sacred rainforest, is next. Kai is not so sure. But his faith in common sense receives a jolt when Ransom turns up in a steam vent, boiled alive. Kai investigates and finds others besides Pele who might want Ransom dead. An ex-wife, a former business partner, an anti-drilling activist, a loony woman who fancies herself Pele’s sister, and more. Did the goddess herself strike down Ransom? Or is the answer closer to home? A quick-paced, vivid, island-hopping ride, Murder at Volcano House gives fans of the Surfing Detective reason to cheer, and fans of Hawai'i—who is not?—a welcome journey to these storied isles. 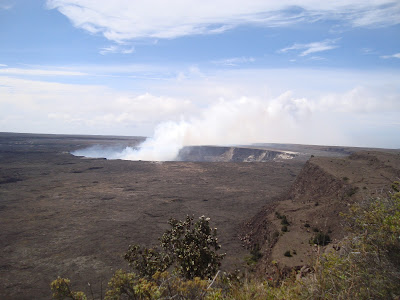 Pele is in Hawai‘i
She is dancing at Maukele
She rumbles and mutters
As she consumes Puna.
Flashing in the heavens, on and on
O Pele, Pele

Hughes crafts a cozy mystery with Pele the Volcano Goddess. Kama'aina (locals) warn tourists from taking lava rocks - the essence of Pele - home to the mainland.   Kama'aina know that bad luck will follow the lava rock.  The Park Service displays the rocks mailed back by tourists who have felt Pele's wrath.

MURDER AT VOLCANO HOUSE brings Pele's wrath to a CEO who cut through a sacred forest.  Kai Cooke, the Surfing Detective, is skeptical yet he encounters others who are believers, including the CEO's wife, an activist, and the desk clerk at Volcano House.  The historic hotel is perched on the rim of Kilauea's caldera - Pele's home.

Hughes delivers another action adventure for the Surfing Detective as Kai navigates through Hawaii's cultural history while trying to avoid Pele's wrath himself.  I enjoyed Hughes sprinkling in the Hawaiian language, local slang, and a homage to the extraordinary landscape of the Big Island. Recommended read for those who appreciate Hawaii's culture heritage.

I purchased a print copy of MURDER AT VOLCANO HOUSE for my reading pleasure. 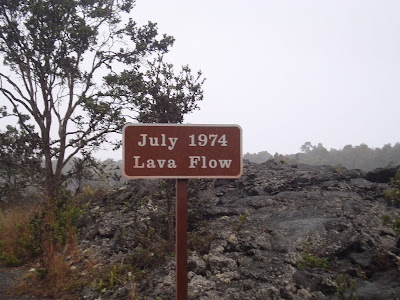