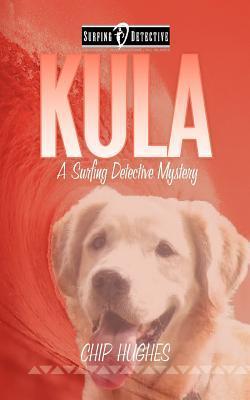 Summoned to the Honolulu hilltop mansion of radio pitchman Barry Buckingham, presumably to trace his missing wife, the Surfing Detective is in for the letdown of his career. Kai Cook is hired to track another lost family member. A dog.


Despite his qualms, Kai would seem a natural for the case, since the golden retriever named Kula is a famous surfing dog. Yet the PI knows nothing about finding missing pets. But he does know where to find help—Maile Barnes, an ex-K9 cop and kindred spirit with the keys to unlock the dark underworld of animal theft in the islands.

Then a questionable tip takes Kai to a late-night rendezvous, his tipster winds up dead, and the detective himself becomes a suspect. Can he clear his name and find the murderer before he strikes again? The PI tracks the illusive retriever from O‘ahu to the Big Island to Maui, but the killer is one step ahead—other players linked to the dog’s disappearance keep turning up dead.

Is a ghost from Barry Buckingham’s past behind the murders? Or is Kai’s client just a misunderstood man with a lost pet? To solve this third case in the Surfing Detective series, Kai Cooke must do what he never does—take on a partner. Teaming up with the headstrong K9 cop is his only shot to liberate the famous surfing dog, who is somehow always at the center of this mystery.

People say I train dogs, but in many ways I train people.

Chip Hughes sends Kai Cooke, the Surfing Detective, into the heartwrenching world of dog fighting that plagues the Hawaiian islands.  Yet he leaves it in the background, giving Kai the opporutnity to demonstrate his sleuthing skills, act as a big brother to a neglected teenager, and team up with a sexy partner.   (And this is a cozy mystery, so there is a happy ending for the animals).   Hughes delivers a fast paced action adventure with vivid descriptions of Oahu, the Big Island, and Maui.   The author introduces readers to a capable heroine who can handle the criminal element as well as Kai's romantic overtures.  And then there is Kula - a dog worth the rescue.

KULA will appeal to readers who appreciate cozy mysteries, tropical settings, and animal lovers.  I purchased a copy of KULA for my personal enjoyment.

1.  Have you seen a dog surf?  Or other unusual animal tricks?

Check out pictures of Kailua Beach, where Kula surfs, at this link and link.