Aloha to Stacy Henrie and HOPE AT DAWN

This year is the 100th anniversary of the Great War ... DOWNTON ABBEY gave us the British perspective while Stacy Henrie delivers a riveting story from the American home front with HOPE AT DAWN:

With her brothers away fighting the Great War overseas, Livy Campbell desperately wants to help her family. Her chance comes when she meets a handsome stranger who lands her a job as a teacher in a place far from her parents' farm. But the war casts a long shadow over the German-American town that Livy now calls home—and the darkness will test everything she thought she knew about family and love . . .

More than anything, Friedrick Wagner wants to be part of his adopted country's struggle for peace. But when the bitter animosity between Germans and Americans soon turns citizens against newcomers, friend against friend, he will do whatever it takes to protect Livy from the hysteria that grips their town. As tragedy—and dark secrets from the past—threaten their future, Friedrick and Livy have one chance to stand up for what's right . . . and one chance to fight for their love. 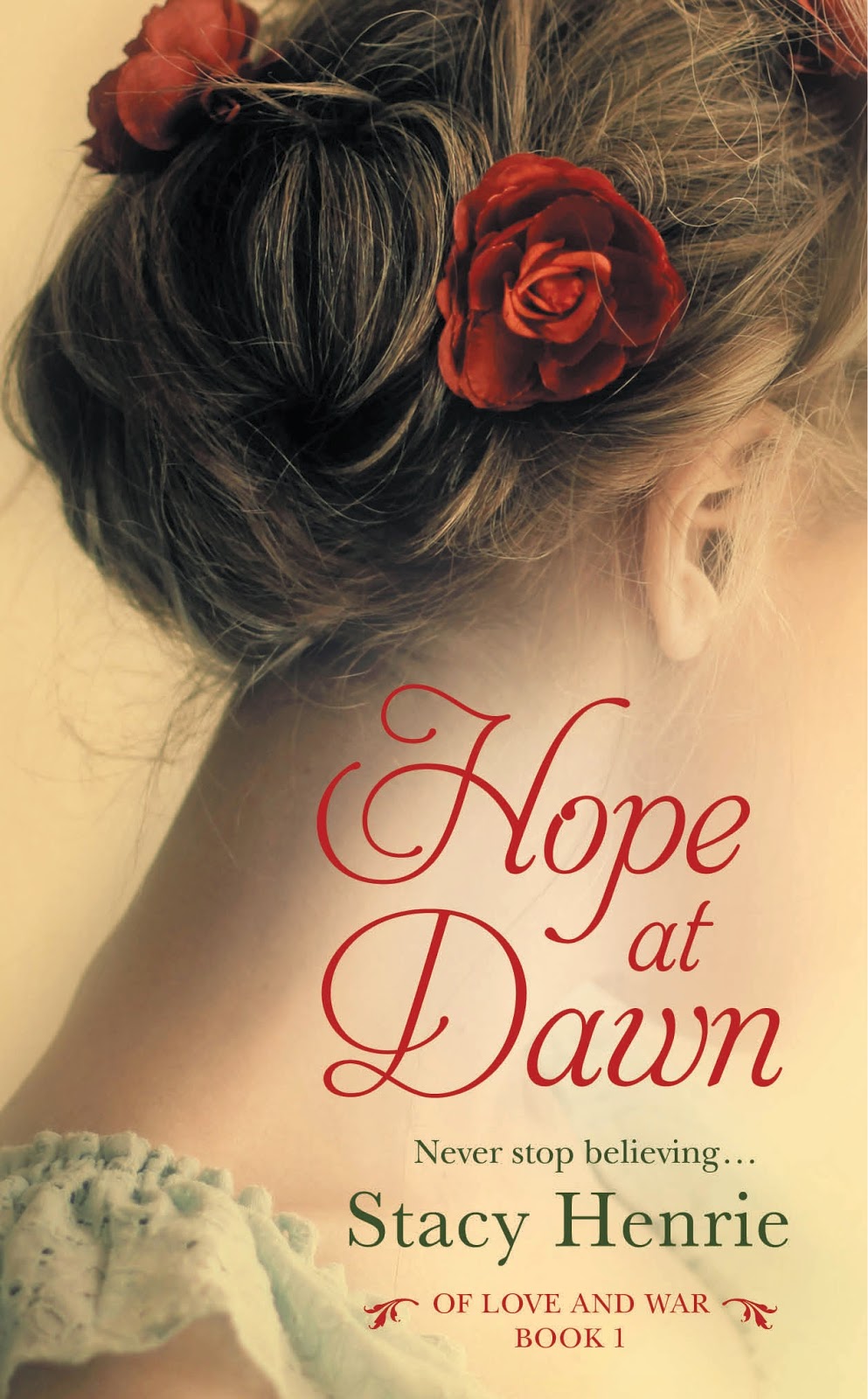 Stacy Henrie has always had an avid appetite for history, fiction and chocolate. She earned her B.A. in public relations from Brigham Young University and worked in communications before turning her attentions to raising a family and writing inspirational historical romances. Wife of an entrepreneur husband and a stay-at-home mom to three, Stacy loves the chance to live out history through her fictional characters, while enjoying the modern conveniences of life in the 21st century. In addition to author, she is a reader, a road trip enthusiast and a novice interior decorator. 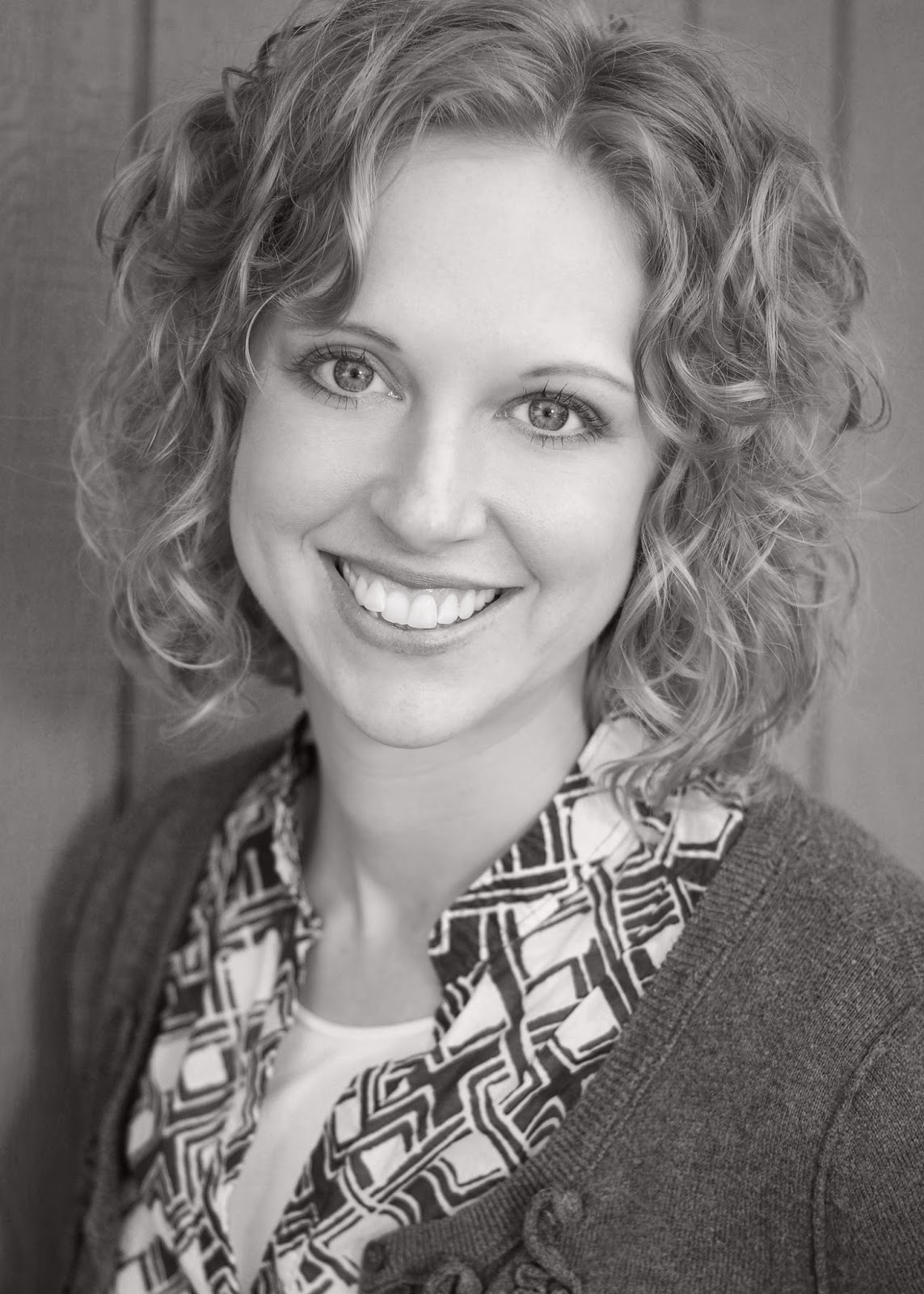 Five things Stacy learned about WWI when writing this book.

1. Most German-Americans experienced minor to intense amounts of persecution during the war, and yet to protect their families and livelihoods, very few fought back.

2. Much less is known about this war than WWII, but the results of the First World War laid the groundwork for the second and is just as significant.

3. Tanks, machine guns, and airplanes were new war weapons at this time, but horses were still being used at the front lines and wounded soldiers had to be treated in a time before penicillin had been discovered.

4. To help fund the war, America held four liberty bond drives and a fifth after the war. People could pay for a bond in full, or in many cases, pay a little at a time until the full bond amount was met.

5. Ragtime dancing, or ballroom dancing for the masses, was very popular during this time period.

Forever Romance offers an excerpt from HOPE AT DAWN:

After another fifteen minutes had crawled by, Livy forced herself to accept the likelihood that Robert—for whatever painful reason—had chosen to spend her birthday with a bottle cradled in his arms instead of her. Hot tears of anger sprang up behind her eyes and no amount of blinking could keep several of them from leaking onto her face.

“Are you all right?”

Livy whipped her chin up and found herself peering into eyes more brilliantly blue than she’d suspected from her seat across the room. Their clear depths exuded friendly concern in a way that made her feel immediately safe, though she didn’t know anything about this young man. Up close, his Sunday shirt and pressed trousers, though worn, accentuated his strong-looking physique.

She blinked, trying to remember what he’d asked her. Something about her being all right? “Yes. Thank you. I’m just fine.”

She swept away the salty drops from her cheeks. Of course her first real cry in ten years would be witnessed by a stranger, and yet, his self-assured, compassionate manner made her suspect he didn’t find her silly.

“You look like you could use a dance.” He crouched down in front of her and held out his hand. “How about it?”

She blushed. Who else had noticed her sitting here for over an hour? “I’m sorry,” she offered lamely.

“No, it’s all right.” He got to his feet and started to walk away.

Who was she kidding? Robert wasn’t coming. If he happened to, he’d likely be drunk and she didn’t want to be around him .

“Wait.” Livy jumped up. She could at least have one dance on her birthday. Why should she spend the whole evening hurt and angry over Robert’s absence?

The young man slowly turned back around.

She attempted a genuine smile. “I’d love a dance.”

His face lit up as he smiled in return and held out his hand a second time. Setting her hat on her chair, Livy placed her hand inside his larger one and allowed him to escort her onto the dance floor. The band began to play a fox trot—one of Livy’s favorite dances. She and Joel had become fairly adept at the steps before he’d left for the war.

It felt strange, at first, to be in another man’s arms, but the feeling soon left her. The way he held her hand in a confident but gentle grip, his hand warm on her back, helped Livy relax. He led her around the floor, their feet walking or spinning in time with the music. He was as skillful at the fox trot as her brother, and Livy relished the chance to do more than just sway to the music.

“Are you from around here?” he asked her after a minute or two of dancing.

“About an hour away. And you?”

He shook his head. “I live outside of Hilden. In the county north of here.”

Livy vaguely recalled hearing the town name. “You drove all the way down here, just to go dancing?”

“We don’t have a public dance hall in Hilden. So we have to come here, or head farther north or drive all the way to Sioux City. Do you come to this one often?”

“I used to, before I went to college in Cedar Falls.”

With slight pressure to her back, he expertly led her through a spin before he picked up their conversation again. “What did you study in college?”

“Are you a teacher now?”

Livy frowned, doing her best to tamp down the seeds of resentment the question unearthed. She loved her family and wanted to lift the burden her brothers’ absence had created, but she missed college and the chance to pursue her own dreams.

“I was only able to attend for a year before I was needed here.” Her words drew a look of sympathy from him.

“I know what that’s like,” he murmured. Before she could ask what he meant, he poised another question. “Would you still like to be a teacher?”

“Very much. I’m hoping someday I’ll have the chance.”

The understanding in his blue eyes changed to enthusiasm. “That might be sooner than you think. The teacher at one of the township schools outside of Hilden was recently . . . .” He shot a glance at the floor, his jaw tightening. Livy wondered at the change in his mood. Then he guided her through another spin and his expression relaxed. “Suffice it to say, she’s gone now and I don’t think they’ve found a replacement. It’s a little far away, but you might want to inquire about it.”

A possible teaching job? A flurry of anticipation set Livy’s pulse moving faster at the possibility. She tried to squelch it with the reminder she wasn’t likely to be hired with only one year of schooling completed and no teaching certificate, but she couldn’t destroy the hope completely. How wonderful it would be to be on her own again, and not learning how to teach this time, but actually being the teacher.

Livy met his open gaze and found her thoughts moving from his idea to the man himself. She didn’t even know his name, and yet, she felt comfortable enough in his presence to share some of her regret at having her dream of teaching cut short. She hadn’t even voiced those feelings to Robert yet.

“Thank you,” she said, hoping he sensed how much she meant it. “I may look into it.”

“I hope you will.” He smiled in a way that made her stomach twist with unexpected pleasure.

She searched her mind for a more neutral topic, one that wouldn’t mean spilling more of her secrets to this stranger. “Do you live with family, up there in Hilden?”

He nodded. “I’ve got my father, stepmother and two half-siblings. What about you?”

“I’ve got a few more than two siblings.” Livy laughed. “I’m the third of seven. Five boys and two girls.”

She studied the firm shoulder beneath her hand. He appeared quite fit and healthy, so why wasn’t he a soldier? “Can I ask you something?”

“How come you’re not wearing a uniform?”

Livy wished the question back at once when a shadow passed over his face, erasing the easy camaraderie between them. Before he could answer, the song ended. He released her hand at once, though he didn’t join her or the other couples in clapping.

She gnawed at her cheek, embarrassed at her apparent mistake. He’d been so kind to notice her distress earlier and suggest the teacher position in his town, and she’d repaid him by bringing up something he clearly did not wish to discuss.

“I’m sorry. It’s none of my business,” she said, rushing her words in an effort to keep him from disappearing into the crowd. “I didn’t mean to pry.”

He watched her, his expression guarded. What could she say to erase the awkwardness her inquiry had caused? They’d been having such a lovely time talking and dancing.

“I appreciate the dance. You see it’s my birthday and I adore the fox trot. So you’ve saved my evening, Mister . . .” She waited for him to fill the pause with his name.

The corners of his mouth worked up into a smile. “How about you call me ‘the birthday rescuer?’”

Livy chuckled. She wasn’t sure why he refused to give his name, but she wouldn’t press it—not after her blunder about the uniform. His kindness had completely changed her botched evening. “Thank you for the dance, birthday rescuer. And for telling me about the teacher position.”

“You’re welcome. Do I get to know the name of the birthday girl?”

Two can play at his game, Livy thought with a smirk. “How about ‘the girl I danced with once?’”
Posted by Kim in Baltimore at 9:15 PM