Aloha to Darcy Burke and THE DE VALERY CODE

Darcy Burke is celebrating the release of THE DE VALERY CODE, Book 1 of the Regency Treasure Hunters:

Long version: Miss Margery Derrington and her dear aunts are in dire straits. Their discovery of a rare medieval manuscript will hopefully stave off their creditors—if it’s worth what they hope. Margery reluctantly allies with a reclusive scholar to use the book to pursue a treasure that could exceed her expectations. Amidst danger, secrets, and an insatiable attraction, is Margery gambling just her financial future . . . or her heart?

Academic Rhys Bowen can’t believe he has his hands on the elusive de Valery text. Solving its hidden code and unearthing its legendary treasure would establish him as one of Britain’s leading antiquarians, finally casting him out of his brilliant late father’s shadow. But when a centuries-old organization convinces Rhys of the perils of disturbing the past, he must choose between his conscience…and the captivating woman he’s sworn to help. 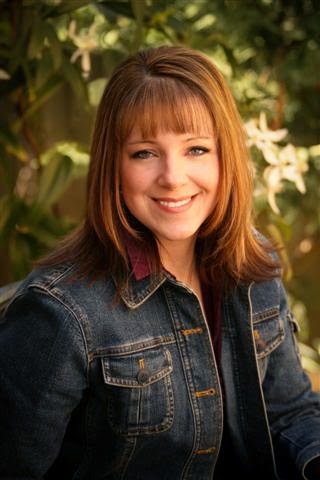 Darcy Burke wrote her first book at age 11, a happily ever after about a swan addicted to magic and the female swan who loved him, with exceedingly poor illustrations. Darcy writes hot, action-packed historical and sexy, emotional contemporary romance.

A native Oregonian, Darcy lives on the edge of wine country with her devoted husband, their two great kids, and two Bengal cats. In her “spare” time Darcy is a serial volunteer enrolled in a 12-step program where one learns to say “no,” but she keeps having to start over. She’s also a fair-weather runner, and her happy places are Disneyland and Labor Day weekend at the Gorge. Visit Darcy online at darcyburke.com.

August 19
For The Love of Bookends (Excerpt, Review) link

August 22
Romancing Rakes For The Love of Romance (Excerpt) (link) 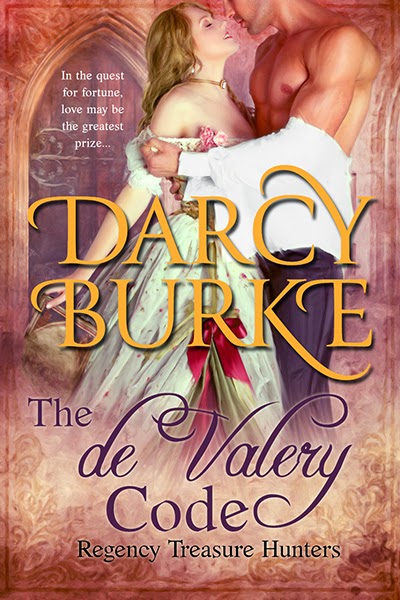 Darcy offers an excerpt for your reading pleasure ...

This is from a fun series of events in which Margery and Rhys keep meeting in the hallway between their rooms. It’s inspired by the scene in Indiana Jones and the Temple of Doom where Indy and Willie keep meeting in the hall as they fight their attraction to one another. In this part of the scene, Rhys and Margery have independently decided to look for a book in their absent host’s office, but end up joining forces.

Margery opened the door and nearly stumbled, as Mr. Bowen was doing the same.

His lips curled into a disarming smile. “Again?”

Her pulse quickened and the heat she’d felt after his kiss raced through her. “So it seems. Where are you going this time?”

“From the library?” She nodded. “That’s where I was going.”

They moved toward the staircase in unison. Though several inches separated them, she felt his proximity. He’d removed his coat, but still wore his waistcoat. He was still “dressed,” but some women would be horrified. Margery was not. In fact, she was disappointed he was wearing so much. It was that which horrified her.

When they reached the base of the stairs, she hesitated. He did the same.

“Do you think his office might be this way?” She gestured to the right, opposite where they would go to return to the library.

He stroked his jaw, which had darkened at this late hour with the onset of his beard. “It might be.”

“Do you think it would be open?”

“There’s only one way to know for sure.” He turned and led the way.

She stifled a smile as she followed him down a short corridor. They tried two rooms, but they weren’t his study. The last door, however, proved successful.

“Aha!” His tone implied he might’ve found the treasure they sought. His half-smile was charming and did completely inappropriate things to her belly.

The office was very masculine, with a pair of bookshelves and a large mahogany desk. Mr. Bowen went immediately to the desk and sat behind it.

“What are you doing?” she asked.

“Looking for the book.” He peered up at her. “Or are we still trying to disguise that’s what we’re doing?”

She suddenly felt ashamed. They had no right invading this man’s privacy.

Mr. Bowen’s brow gathered and he abruptly stood. “I’m afraid I’ve changed my mind. I’m as desperate as you to study his book, but I can’t bring myself to be rude.”

She retreated to the door. “Nor can I.”

He joined her and they exchanged what had to be mutually appreciative looks before trudging back up the stairs. Outside their rooms, Margery faced him, lacing her fingers together in front of her waist. “Good night then. Again.”

“Yes, good night.” He inclined his head, then went to his room.

Posted by Kim in Baltimore at 6:15 PM