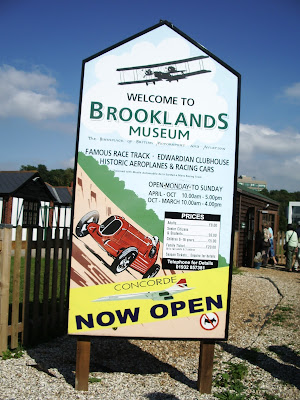 Downton Abbey took its final bow two weeks ago.  The popular series began with the sinking of the Titanic and ended with car racing.  The scenes featuring Brooklands reminded me of my inlaws' visit to the famed race track-turned-flying village during their Aviation History Tour. My mother-in-law knew I was a romance book fan ... and the sign to the Barbara Cartland Reading Room drew her interest. 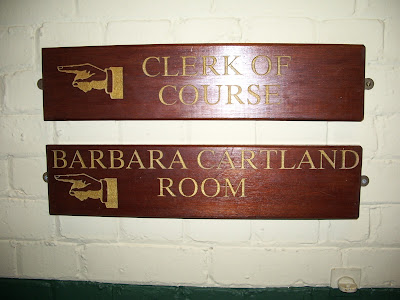 Privately, Cartland took an interest in the early gliding movement. Although aerotowing for launching gliders first occurred in Germany, she thought of long-distance tows in 1931 and did a 200-mile (360 km) tow in a two-seater glider. The idea led to troop-carrying gliders. In 1984, she was awarded the Bishop Wright Air Industry Award for this contribution.

She regularly attended Brooklands aerodrome and motor-racing circuit during the 1920s and 30s, and the Brooklands Museum has preserved a sitting-room from that era and named it after her. 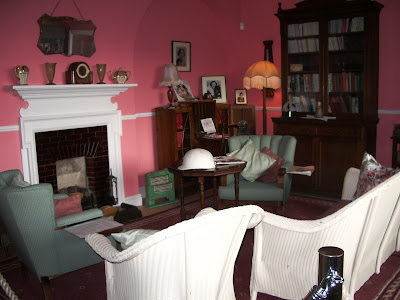 Love that Barbara Cartland's Reading Room is painted in her trademark pink!  I am giving away a book choice from my convention stash to one randomly selected commenter.  To enter the giveaway,

1.  Leave a comment about Barbara Cartland, motor racing, and/or Downton Abbey - are you a fan of any?  I have not read any of Barbara's books.  I don't care for motor racing.   But I will miss Downton Abbey! 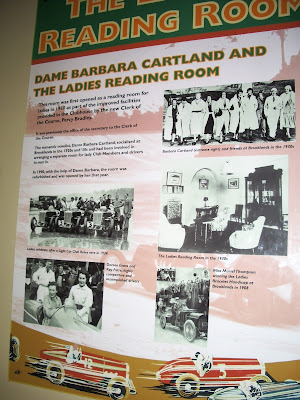