Aloha to Alison McQueen and UNDER THE JEWELED SKY 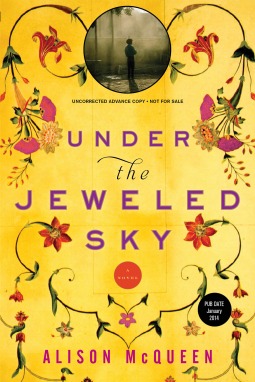 PBS challenged the NFL for ratings with the return of DOWNTON ABBEY.  In the first episode, O'Brien scampered off to India, leaving Lady Grantham without a lady's maid!

India.   I can only image its beauty and mystique.

Alison McQueen captures India's beauty and mystique in UNDER THE JEWELED SKY, available January 21 from Sorucebooks.  Alison joins me today for a cozy chat ...

Born in the sixties to an Indian mother and an English jazz musician father, Alison McQueen grew up in London and worked in advertising for twenty-five years before retiring to write full time. Her 7th novel, Under The Jewelled Sky, is published by Orion in April 2013 (UK & Commonwealth) with the US edition following in 2014.  Alison is also the author of a popular series of British comedy novels written under her married name (published by Macmillan 2005-2011) and featured on Channel 4′s Richard & Judy Show. She lives in an untidy house in rural Northamptonshire with her husband and two daughters. 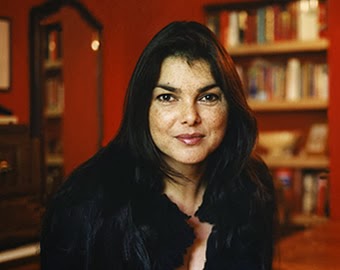 Kim:  We love international authors at SOS Aloha! What is your favorite sight, sound, and smell of Northamptonshire?

Alison:  Northamptonshire is a beautiful county, nestled right in the heart of England. I live in a small village with thatched cottages, narrow country lanes and an old parish church with a towering spire. Nearby are miles of canals, ancient woodlands, stately homes and historic family seats, including that of the Spencer family at Althorpe, two villages away.

The British winter is not the friendliest of neighbors. I love the smell of springtime when the freeze begins to give way and buds start to appear, being able to throw open the windows to let in the sounds of birdsong from the garden. Sometimes it can be a long time coming.

Kim:  Do you have a special Indian dish you can make with Indian flair?

Alison:  My mother was never a natural cook. When she first came to England back in 1959 she was barely able to boil an egg. “One does not cook in India,” she declared. “The cook is the one who does the cooking.” In the early part of their long marriage, my father endured the brunt of her learning curve without complaint, although he confided to me years later that most of it had been pretty inedible.

Her versions of western cooking were loaded with black pepper and she would keep a pot of cayenne next to her plate and sprinkle it liberally on her supper, regardless of what it was. To her, English food was bland and colorless, so it was inevitable that spices crept in.

As children we quickly learned to watch out for rogue cloves and cardamom pods that could be hiding in anything, and whole black peppercorns that would explode in your mouth with the heat of the devil.

The most Indian thing about my cookery is probably the way I make rice, my mother having taught me early on how to make a perfect pilaf. The unmistakable fragrance of spiced basmati always takes me back to my childhood.

I love to cook. It is the perfect antidote to the mental demands of writing, pottering around the kitchen, rustling up something delicious, a glass of wine by the stove, listening to the radio. I write in complete silence, so going into the kitchen is my equivalent of coming out of a cave.

Kim:  Tell us about UNDER THE JEWELED SKY - what inspired it?

Alison:  Under The Jeweled Sky is a tragic tale of love and loss set in the dying embers of the British Raj. The story unravels the fragile construct of a severely dysfunctional British family and watches its slow disintegration in the wake of World War II, the subsequent partition of India, and a scandal with terrible consequences.

The tangle of politics and diplomacy during both periods seemed like a fitting backdrop to the disordered lives of the characters, with layers of deceit and half-truths and nothing being quite what it seems.

The novel was inspired by memories of my mother’s friends; the women I would eavesdrop on, the hushed voices and grave expressions passed over teacups. My mother’s friends had grown up (many of them in India) in the days before such things were openly spoken of, but it was all there: domestic violence, unwanted pregnancies, addiction, ruin, and occasional salvation.

Bad marriages were commonplace, but divorce was unthinkable, and the brittle veneers of fake harmony were part of the everyday landscape. Morals and ethics were knotted up with religious doctrine and stiff upper lip. Respectable people did not wash their laundry in public, nor did they question what went on behind the closed doors of their neighbours’ houses.

Under the Jeweled Sky explores the inevitability of lost innocence, the urgent connection in our stars, and how far we'll go to pursue our destiny.

Kim:  What's next for Alison McQueen?

Alison: I am currently working on another novel set partially in India and touching upon a subject that remains one of the last taboos. The draft is still at an early stage which means that my house is awash with scraps of paper and cryptic messages that I will have no hope of understanding when they eventually surface. Creating a first draft is utter torture.

Mahalo, Alison, for sharing a part of India with us!  I am giving away a print copy of UNDER THE JEWELED SKY to one randomly selected commenter:

London, 1957… In a bid to erase her past and build the family she yearns for, Sophie Schofield accepts a wedding proposal from ambitious British diplomat, Lucien Grainger. When he is posted to New Delhi, into the glittering circle of ex-pat high society, old wounds begin to break open as she is confronted with the memory of her first, forbidden love and its devastating consequences.

But this is not the India she fell in love with ten years before when her father physician to a maharaja, the India of tigers and scorpions and palaces afloat on shimmering lakes; the India that ripped out her heart as Partition tore the country in two, separating her from her one true love.

Sophie never meant to come back, yet the moment she steps onto India’s burning soil, she realises her return was inevitable. And so begins the unravelling of an ill-fated marriage, setting in motion a devastating chain of events that will bring her face to face with a past she tried so desperately to forget, and a future she must fight for.

1.  Leave a comment about India - what do you know about it?  Have you visited it?  Do you have a favorite Indian food? 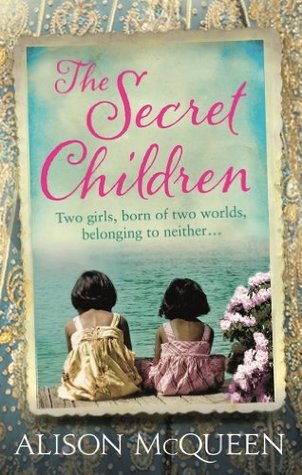