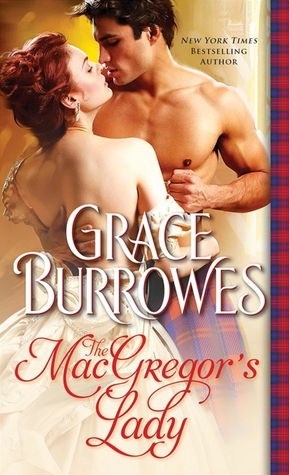 The MacGregor's Lady by Grace Burrowes

Asher, recently returned from Canada, is learning his role as the Earl of Balfour. Technically, he has been the earl for some time; but after a long absence, he was assumed dead. His brother Ian (hero of 2012's The Bridegroom Wore Plaid) has been the acting earl. Now that he is back to his family seat and his social duties, Asher agrees to escort Bostonian Hannah Cooper and her aunt through the London season. Additionally, Asher acknowledges he should begin his search for a bride.

Hannah's greedy American step-father expects her to make a good match in England--hopefully one that will allow him to continue to control Hannah's considerable finances. Hannah has other ideas. She is convinced she must return to Boston as soon as she can to protect her grandmother, mother and brothers from her shady step-father. In London, Hannah is just going through the motions. A limp makes her feel physically awkward. Hannah's strong desire to remain single makes her emotionally aloof.

You feel for these characters. They are painfully self-contained. Overwhelmingly, Asher and Hannah want to do the right thing for their families. They deny themselves for what they believe is the greater good. They are selfless and utterly loyal to the people they care about. If ever a hero and heroine deserved an HEA, it's these two. Asher and Hannah do gradually overcome the barriers they've erected, with some help from Asher's considerable Scottish family.

I generally love Grace's books; this one, not as much. The novel features Grace's typical likeable but troubled characters. Her writing voice is lovely, as always. But gaps in this story kept me wondering if I'd missed an earlier read. (I haven't.) I read the earlier two novels and novella in this series, and I was looking forward to fully understanding Asher's story: When and why did he leave and return? How did the MacGregor siblings (three brothers and a sister) accept his return? How have the MacGregor relationships fared with his reappearance? Though each of these is slightly touched upon, I'm left wondering about the full answers to those questions. There also is a peculiar side story about a couple of characters trying to see Asher put into a compromising position and forced to marry Hannah. It seems to be unnecessary to the flow and spirit of the novel.

I do recommend The MacGregor's Lady, with a rating of three out of five stars. It is a good, solid romance story. I just think it could have been more. Actually, most Grace Burrowes books are.


Mahalo, LSU, for sharing your thoughts on THE MACGREGOR'S LADY.   It will be available February 4, 2014, from Sourcebooks Casablanca (link).  Check out Grace's website (link) to read an excerpt with links to order.

In honor of Asher and Hannah, I am giving away a special Anglo-American prize package to one randomly selected commenter.  To enter the giveaway,

1.  Leave a comment about Boston - what do you know about it? My first assignment in the Air Force took me to Hanscom AFB in Boston's suburbs.  I loved it for the history, for the lobsters, and for the Scorpion Bowls (drink for two) at the Hong Kong in Harvard Square (link).

3.  Comments are open through Saturday, February 1, 10 pm in Baltimore.  I'll post the winner on Sunday, February 2. 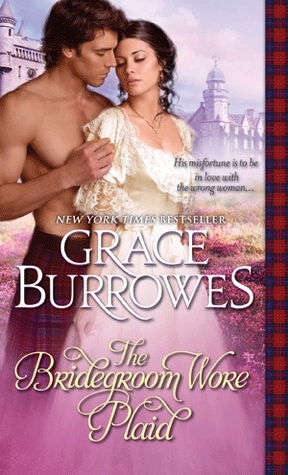 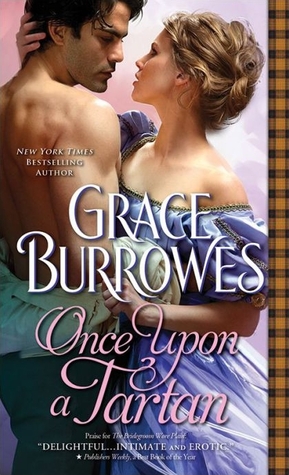 Posted by Kim in Baltimore at 7:20 PM