Aloha to Sandy James and SEALING THE DEAL

After losing her sister, Bethany Rogers needs a shoulder to lean on more than ever-though she never expects that shoulder to belong to her new boss . . .

Bethany has been in love with Robert Ashford since they were teachers at the same high school. After Robert leaves to start his own construction company, Beth puts her feelings aside to focus on her goals. When she finally lands a gig as a part-time designer, she is shocked to find her new boss is none other than Robert . . . and he's hotter than ever. But Bethany's happiness is short-lived when she receives word that her sister has been killed in combat.

With the success of building homes for one happy family after another, Robert is finally ready to settle down. When Beth is left to care for her nine-month-old niece, Robert can't help but step in. And before long, the trio are inseparable. Yet convincing the cautious, bereaved Beth of letting him in proves difficult-but Robert will give everything he's got for the chance at his own happily ever after. 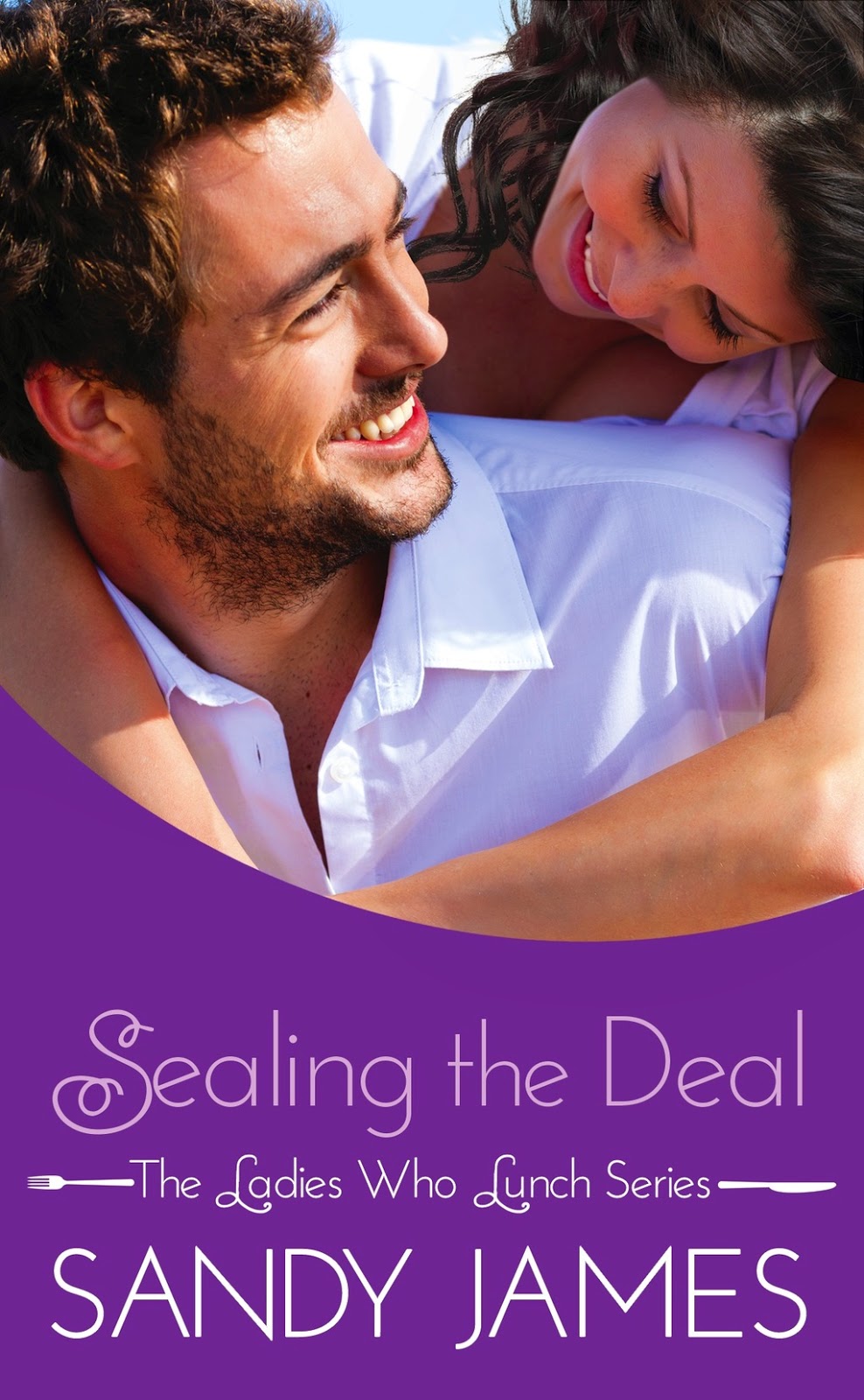 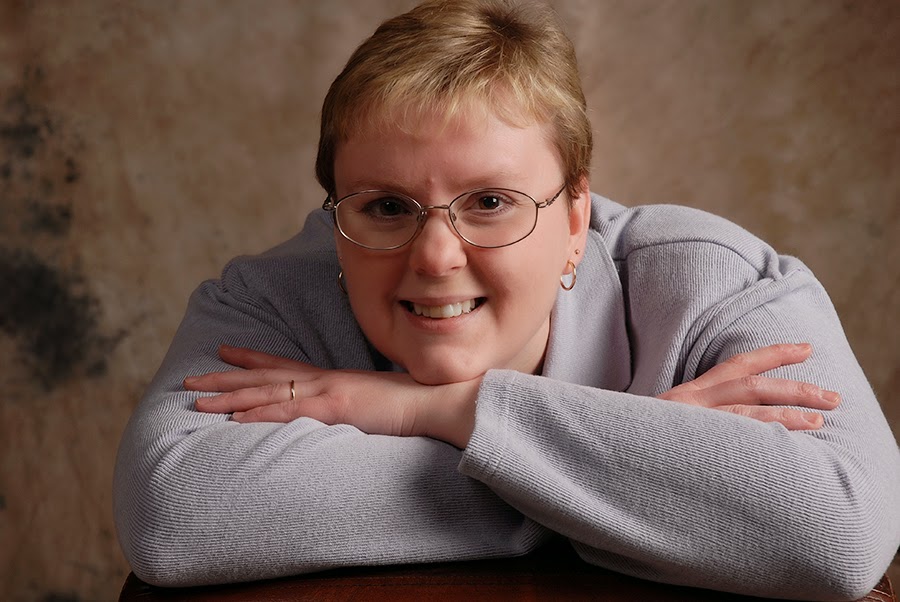 1. Teachers have so many people in their lives. There’s so much potential for fun secondary characters.

2. They are caring people with great depth of feeling and the capacity to give so much of themselves.

3. Most teachers have very interesting hobbies in their private lives.

4. Because teachers are pros at entertaining people, they could come up with some very creative ways to ask for dates or celebrate special events.

5. Teachers come in all shapes and sizes. Plenty of variety!


Sandy shares an excerpt from SEALING THE DEAL:

As she entered the master bathroom, Beth stopped to stare at her reflection in the mirror.

Robert hadn’t said a word about her shameful appearance, nor had he scolded her for being late. She was simply overwhelmed by the sudden changes in her life. Losing Tiffany hadn’t truly sunken in because Beth had been so busy trying to learn how to take care of Emma. Clearly she wasn’t doing a good job. Emma might be clean and well fed, but she wasn’t as happy as Beth thought she should be.

No wonder. She’d spent a short time with her mother, been uprooted when Carol had taken over her care, and now found herself plunked down in the middle of Beth’s life in a place she didn’t know.

Feeling sorry for Emma, Beth had bent over backward to meet every single whim the baby had. Although she guessed wrong about what Emma wanted most of the time, she was giving it her all.

And it was killing her.

How could she possibly keep this up?

She was supposed to go back to work Monday. The child care was going to cost more than half her teaching salary, and she refused to touch any of the money that was being put aside for Emma from her mother’s life insurance and military benefits. She’d have to pick Emma up by four every afternoon or would be charged an extra twenty bucks—even if she was a minute late. When would she have time to grade papers or make lesson plans? Those activities sometimes took hours in the evening. Emma needed someone to play with her and teach her to walk and to read and—

Beth burst into tears, feeling like the biggest failure in the world.

“Bethany?” Robert hurried into the master bathroom. “What happened?” He skidded to a stop, still holding Emma. “Did you hurt yourself?”

She couldn’t stop crying. There wasn’t even a towel to grab so she could hide her face.

“I… I can’t… do this…” Everything she touched was going straight to Hades, and the idea that she faced years and years of trying to balance all the responsibilities of taking care of her niece seemed about as likely as her being able to hike up Mount Everest.

Robert wrapped his strong arm around her shoulders and pulled her against his other side. His scent, so masculine and fresh, overwhelmed her, reminding her that he was only her friend no matter how much she might want more. That scent would never be on a pillow resting next to hers. It would never be there whenever she came home and needed a hug after a rough day at work. It would never envelop her as he pulled her into his embrace for passion instead of friendly comfort.

Well, this time she’d allow herself to drown in that fantastic scent. She turned to bury her face against his broad chest as sobs racked her body.

Funny, but after several long moments of weeping, Beth felt much better. Reduced to hiccups and shuddering breaths, she tried to ease back.

Robert put his hand behind her head and pushed her cheek back against his chest as if he didn’t want to let her go. Her eyes were even with Emma’s where she clung to him. Beth hadn’t realized the baby had been crying as well until she saw the tears on Emma’s cheek and her quivering lower lip.

Beth stared at Emma, and Emma stared back as Robert held them both. Just one happy little non-family. Then Beth ran her fingers down Emma’s cheek, thinking they were quite a pair. Two weeping females joined in their grief, both clinging to a man who probably wanted to get them the heck out of the house.

Leaning back slightly, she looked up to find him watching her. The concern she saw reflected in his dark eyes made her heart clench. Here was the kind of man she’d searched for her whole life, one full of compassion and honor and gentleness. Not only that, but he was gorgeous, too. From his thick hair to his perfect body, she’d even loved the light brush of gray on his temples. He’d been right beside her all along.

She knit her brows as he slowly lowered his face to hers, and when it dawned on her that he was going to kiss her, she almost turned away, afraid of allowing her lips to connect with his.

Then she closed her eyes and let it happen.

The touch of his lips wasn’t at all what she’d thought it would be. She’d expected a gentle kiss, a friendly are-you-okay-now gesture.

Posted by Kim in Baltimore at 3:43 PM