Aloha to Nancy Lee Badger and WHEN LOVE CONQUERS TIME 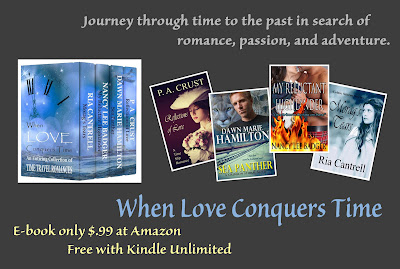 Nancy Lee Badger has banded together with three other talented authors to create a boxed set released on March 2nd. The collection, When Love Conquers Time, contains over 1,000 pages of time travel romances set from the 14th century to the late 20th century. Kilted Highlanders, shape-shifters, vampires, pirates, dragons, soldiers, and more will give readers hours of adventurous reading. Here are the Book blurbs:

Step back in time to the beautiful Highlands of Scotland in the 14th century. Come and sit with us by the warm peat fire as Morag, the much loved character from Ria Cantrell's bestselling Celtic Storm series tells the story of her life. From a child, gifted in the ancient ways, to a beautiful young woman in love, Morag weaves her rich tapestry of tales. She is a mystical seer, healer, manipulator of time and chatelaine to the clan MacCollum. You will feel as if you are walking alongside her on her life's journey. Share her tears of joy as well as a few sad ones, as she recounts the triumphs and tribulations of a long life filled with love in its many guises. 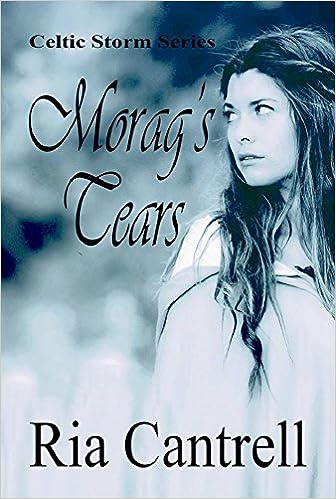 Can love mend a fractured soul? After evading arrest for Jacobite activities, Scottish nobleman Robert MacLachlan turns privateer. A Caribbean Voodoo priestess curses him to an eternal existence as a vampire shifter torn between the dual natures of a Florida panther and an immortal blood-thirsting man. For centuries, he seeks to reverse the black magic whilst maintaining his honor. Cruising the twenty-first century Atlantic, he becomes shorthanded to sail his 90-foot yacht, Sea Panther. The last thing he wants is a female crewmember and the call of her blood.

Although she swore never to sail again after her father died in a sailing accident, Kimberly Scot answers the captain's crew wanted ad to escape a hit man. She's lost everything, her fiancé, her job, and most of her money, along with money belonging to her ex-clients. A taste of Kimberly's blood convinces Robert she is the one woman who can claim the panther's heart. To break the curse, they travel back in time to where it all began—Jamaica 1715. 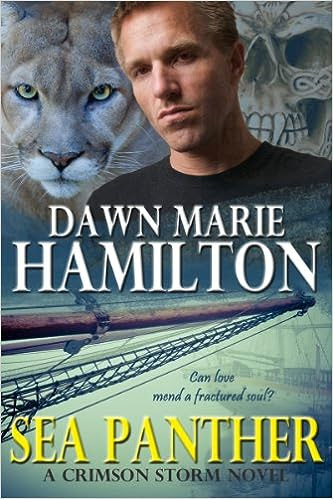 Skye Gunn could not prevent her husband’s death, and will risk everything to defeat the sorcerer she blames. When he attacks her nephew, she is taken, instead. She escapes by plunging into the North Sea, and a spell takes her back to the future, to Jake. The woman who haunted his dreams since she blackmailed him into traveling back in time falls from the sky, beaten and bloody. He must trust her as they return to ancient Scotland. To survive, he and Skye must dare to love in the time they have. 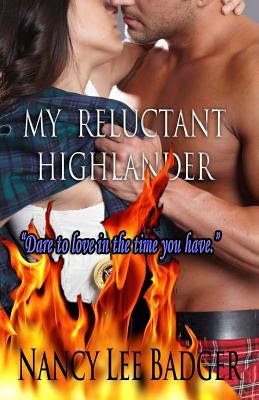 REFLECTIONS OF LOVE by Paul A. Crust

As a result of a head injury suffered in the Gulf War, antiques dealer, Jason Hobbs is the victim of total amnesia. After investing a great deal of time and money trying to unlock his past, he has resigned himself to the fact that he may never fully know his own true identity. Life goes on and in the course of his business Jason acquires an old dresser with an oval mirror among a shipment of antique pieces from England. That same evening, strange images start to appear, reflected in the old mirror, and the mournful sound of a woman weeping can be heard, echoing through the night air. As he searches for answers to the mysterious events which began the day the dresser came into his possession, the past and present collide, bringing events from World War 1 crashing to his doorstep. A shocking revelation will rock his world, changing his perception of who he really is. 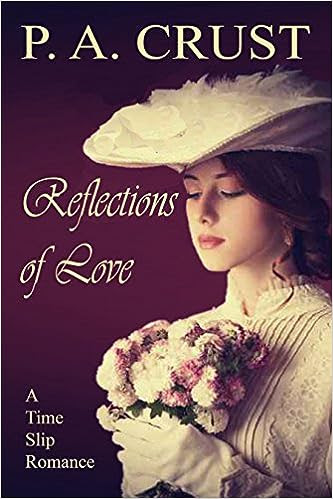 When Love Conquers Time, a four-author boxed set, is available at AMAZON for only $.99 (Free for Kindle Unlimited subscribers) Learn more about the authors: 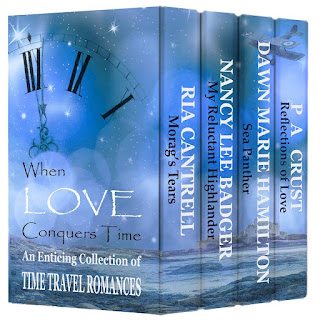 1.  Answer Nancy's question, If you could go back in time, WHEN would you visit?
I'd love to see the Hawaiian Kingdom during its close relationship with Victorian England.  Notice the clock atop of the Aloha Tower 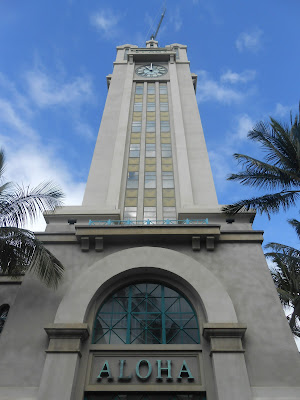