Aloha to Jane Graves and BABY IT'S YOU

Jane Graves joins us today to celebrate the release of BABY IT'S YOU ... with wine!

1. Ron White. I laugh myself silly every time I see him perform. He probably won’t drink wine, but after he leaves there won’t be any Scotch left in the house.

2. Neil deGrasse Tyson. I get a real bang out of astrophysics, if you’ll pardon the pun. Like his predecessor Carl Sagan, he makes that field both accessible and interesting. Maybe he’d like Moon Pies with his wine, or maybe Brach’s chocolate stars?

3. Steve Jobs. A visionary who changed the world. He was also aggressive, demanding, and unreasonable, but I bet Ron White could make him laugh.

4. Benjamin Franklin. It’s interesting enough that he was one of our founding fathers, but he was also an inventor. Besides the key and kite thing he used to determine the nature of electricity, did you know he also invented swim fins and bifocals? As for a snack with our wine, we’ll have apples that day so he can keep the doctor away.

5. Julia Child. Did you know she was part of an international spy ring during World War II run by the Office of Strategic Services, the forerunner of the CIA? Pretty cool. But the real reason I want her to come is because somebody has to make some munchies for all these people, and I can’t cook to save my life. 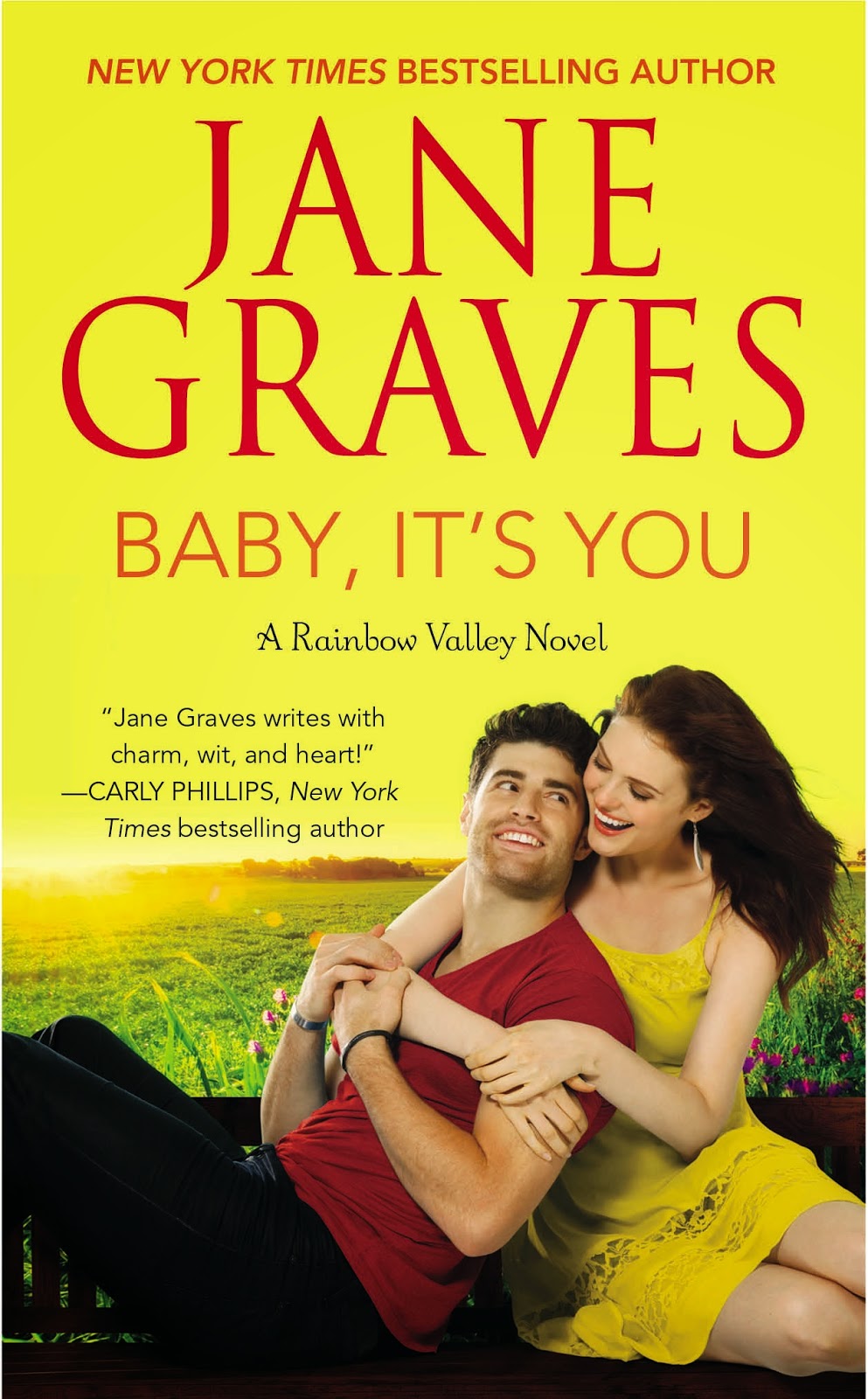 About BABY IT’S YOU:

With only the wedding dress on her back and her honeymoon luggage in the car, Kari Worthington is running away. Determined to put her controlling father, her rigidly structured life, and the uptight groom she left at the altar in her rearview mirror, she escapes to the Texas Hill country . . . and lands on a tall, dark, and gorgeous winery owner's doorstep. All she needs is a job and a place to live until she can get back on her feet. So why is she fantasizing about losing herself in his powerful arms?

For Marc Cordero, freedom is so close he can taste it. He's devoted his life to managing the family business and being a single dad. Now with his daughter away at college and his brother taking over the winery, Marc is ready to hop on his Harley for parts unknown-until a runaway bride bursts onto the scene. Free-spirited and tantalizingly sexy, Kari excites him like no other woman has before. But when irresistible passion turns into something more, will Marc give up his future to take a chance on love? 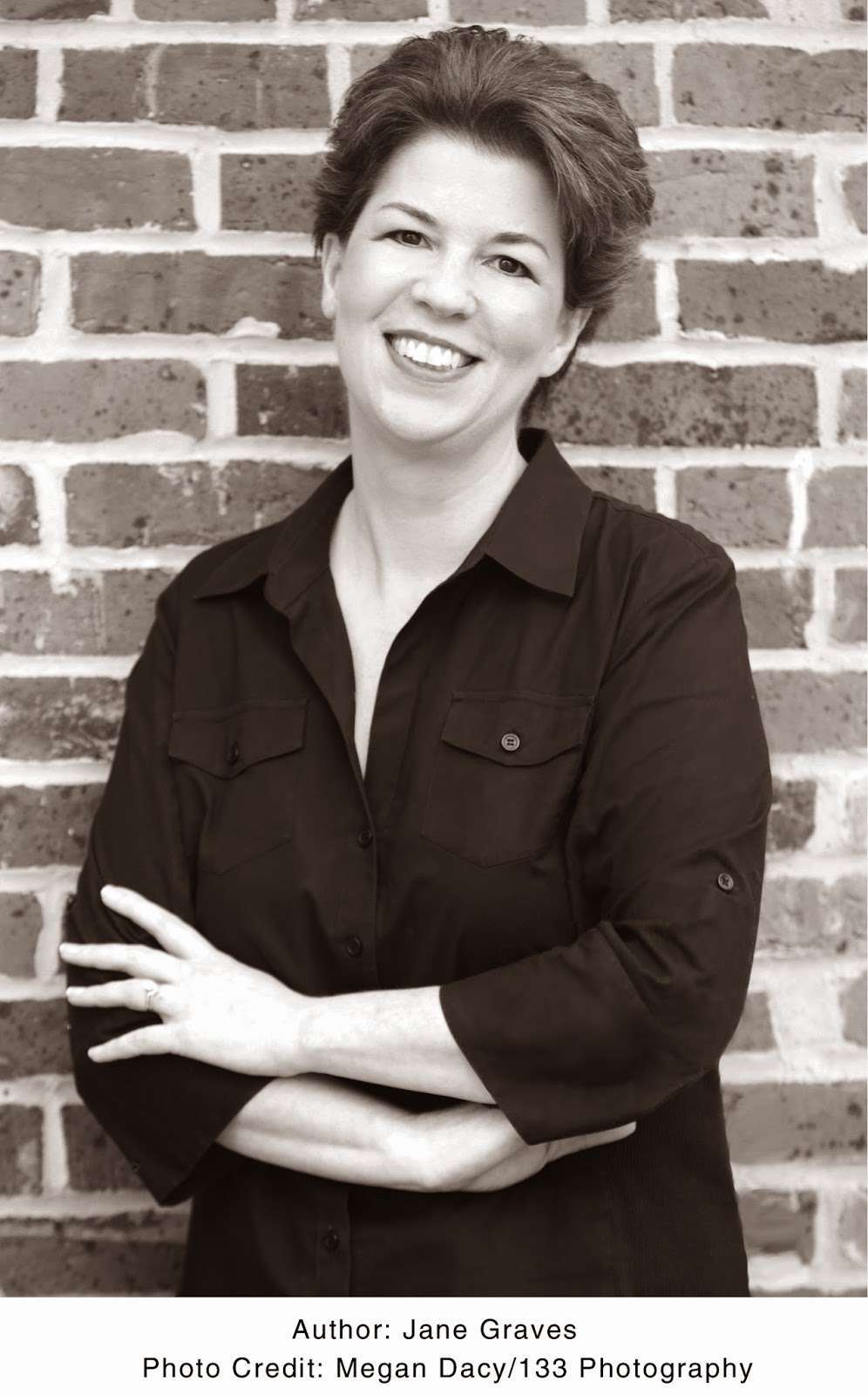 New York Times bestselling author Jane Graves is a nine-time finalist for Romance Writers of America's RITA Award, the industry's highest honor, and is the recipient of two National Readers' Choice Awards, the Booksellers' Best Award, and the Golden Quill, among others. Jane lives in the Dallas area with her husband and a very sweet kitty who kindly keeps her lap warm while she writes. You can write to her at jane@janegraves.com. She'd love to hear from you!

Forever offers an excerpt from BABY IT'S YOU:

The ibuprofen, the wine, the heating pad, a sexy man putting Band-Aids on her blisters…what didn't make her feel good?

"Much better," she said.

Marc applied the last Band-Aid and removed her foot from his thigh, and she settled back with a sigh of pure contentment. Nobody in her adult life had anyone ever done anything like this for her. On the surface, Marc was big and gruff and demanding, but beneath it all was a kindness and compassion she never would have imagined, and it drew her to him like nothing else. Now she hoped he would pour himself a glass of wine and stay for a while. After that, who knew what might happen?

No! She didn't want him to go. She wanted him to stay there forever so this feeling would never go away.

"Why don't you forget that for tonight? Stick around? Have a glass of wine?"

”Not when there are things to do."

As he rose to leave, Kari felt a rush of disappointment. But what was she supposed to do? Grab him by the arm and forbid him to leave?

"Wait,” she said. “I'll lock the door behind you. Assuming you lock things all the way out here."

Of course he would say that. Mr. Practicality. And of course Mr. Practicality couldn't stick around and have a glass of wine if there was an iota of work to be done. To say she was attracted to him was an understatement. To say he was frustrating the hell out her was a bigger one.

Suppressing a groan of pain, she rose from the sofa and followed him. When he reached the door, she called out to him.

She stopped in front of him. “Thank you for all this.”

“A pair of shoes, a heating pad, a couple of Band‑Aids—“

“No. You don’t understand. Nobody's ever done stuff like this for me before."

The words were out of her mouth before she really thought about them. Now she was stuck feeling just a little bit pitiful, particularly when a look of disbelief came over Marc's face.

"When my mother was alive, I guess."

"How old were you when she died?"

"Eight. After that, my father's staff was nice to me. But it wasn't the same." She shrugged. "You can pay people to do all kinds of things. Doesn't mean they care."

Marc just stared at her as if her words didn't compute, and suddenly she wished she'd kept her mouth shut. She'd looked pitiful enough when she'd almost quit her job. The last thing she wanted to do was look even more pathetic now.

"What made you change your mind about the job?” Marc asked.

"I don't know. It doesn't matter. Thanks again for helping me," she said, having a hard time looking at him. She nodded toward the door. "Go ahead. I'll close it behind you."

But he didn’t move. Instead, he continued to stare at her. It was just like at Animal House that night, when he hadn't even blinked. He just stared at her stoically, as if he was feeling absolutely nothing. Zero. Nada. Zilch.

So why wasn't he leaving?

He flicked his gaze to her almost‑empty wineglass. "Now that I think about it," he said, "they say people who drink alone have a drinking problem. You're new in town. We wouldn't want people jumping to the wrong conclusion."

Kari's heart bumped hard against her chest, her stomach quivering with anticipation. "Exactly. It's like you said when we were at the inn. This is a small town. Word gets around."

But he made no move to grab another wineglass and fill it. She held her breath, wondering what he was thinking. His gaze played across her face, then moved downward to her chest, then lower to the V of her robe where it dipped down between her breasts. It had fallen open slightly when she rose from the sofa, but the last thing she wanted to do right then was pull it shut. As far as she was concerned, he could look at anything he wanted to as long as he wanted to.

They both stood motionless, the air between them growing hot and heavy. Evening was turning to dusk, and the dim light from the single lamp gave the room a dreamy, otherworldly feeling. Or maybe it was the wine. Maybe she didn't know. She only knew she loved the feeling and didn't want to lose it.

Then his attention turned to a spot above her eyes, and his brows drew together with concern.

"What's the matter?" she asked.

"Is that a bruise on your forehead?"

"I came out the kitchen door. Unfortunately, it was the door you're supposed to use to come in. I've learned that's a felony when you're working in a restaurant."

He lifted the hair on her forehead to examine it more closely.

"If I'd known about it, I'd have brought an ice pack."

He moved his fingertips downward, letting her hair fall back against her forehead. But to her surprise, instead of pulling his hand away, he traced those two fingertips all the way along her cheek to her jaw, then wrapped his callused hand around the side of her neck and stepped closer.

She couldn't meet his eyes. Didn't dare. She just stared straight ahead at that big, rock‑hard chest and prayed he didn't stop. She leaned into him, closing her eyes at the heavenly feeling of her body pressed against all that bone and muscle. All the sexy thoughts she'd been having about him since she came to his door two nights ago melted into a red-hot jumble in her mind until thinking wasn't an option. She couldn't have mustered up a single coherent thought if her life depended on it. Whatever pain she'd felt earlier had vanished. She only knew she wanted Marc. She wanted him here. And she wanted him now.

"This is a bad idea," he whispered.

Kari felt a shot of desperation. "No. It's a good idea. An excellent idea. In fact, it's the best idea I've come across all day."

He moved his other hand around to the small of her back to pull her closer, and her heart went crazy. But he still did nothing else. Good God. Did he have to have so damned much self-control?

"What's wrong?" she said, barely able to breathe for the anticipation she felt. "Do you have a girlfriend I don't know about?"

"And I no longer have a fiancé."

"But you just left him at the altar two days ago."

"Which was better than marrying the wrong man."

And then he kissed her.
Posted by Kim in Baltimore at 8:20 PM