Rebecca Zanetti is enroute to the RT Booklovers' Convention ... while celebrating the e-release of BLIND FAITH (May 6, 2014; Forever E-Book)


A betrayal he couldn't forget…

For Nate Dean, love is a four-letter word. As part of a secret black-ops military unit, he and his brothers were genetically engineered by the government to be ruthless soldiers with an expiration date. They were loyal only to one another . . . until Nate laid eyes on the woman who stole his heart and blew his world apart. Now, years later, his family is still paying the price for his mistake. But as time runs out, there's only one person who can save his family: the very woman Nate swore he'd never trust again.

A love she couldn't deny…

The moment Audrey Madison spies Nate across a crowded ballroom, she can barely breathe. He's just as undeniably sexy as she remembers, yet there's an edge to him now that's as irresistible as it is dangerous. When he asks for her help, Audrey can't refuse. But she has secrets of her own-secrets that, if Nate ever discovers them, may cost them both their lives . . .
Amazon
B&N
iTunes 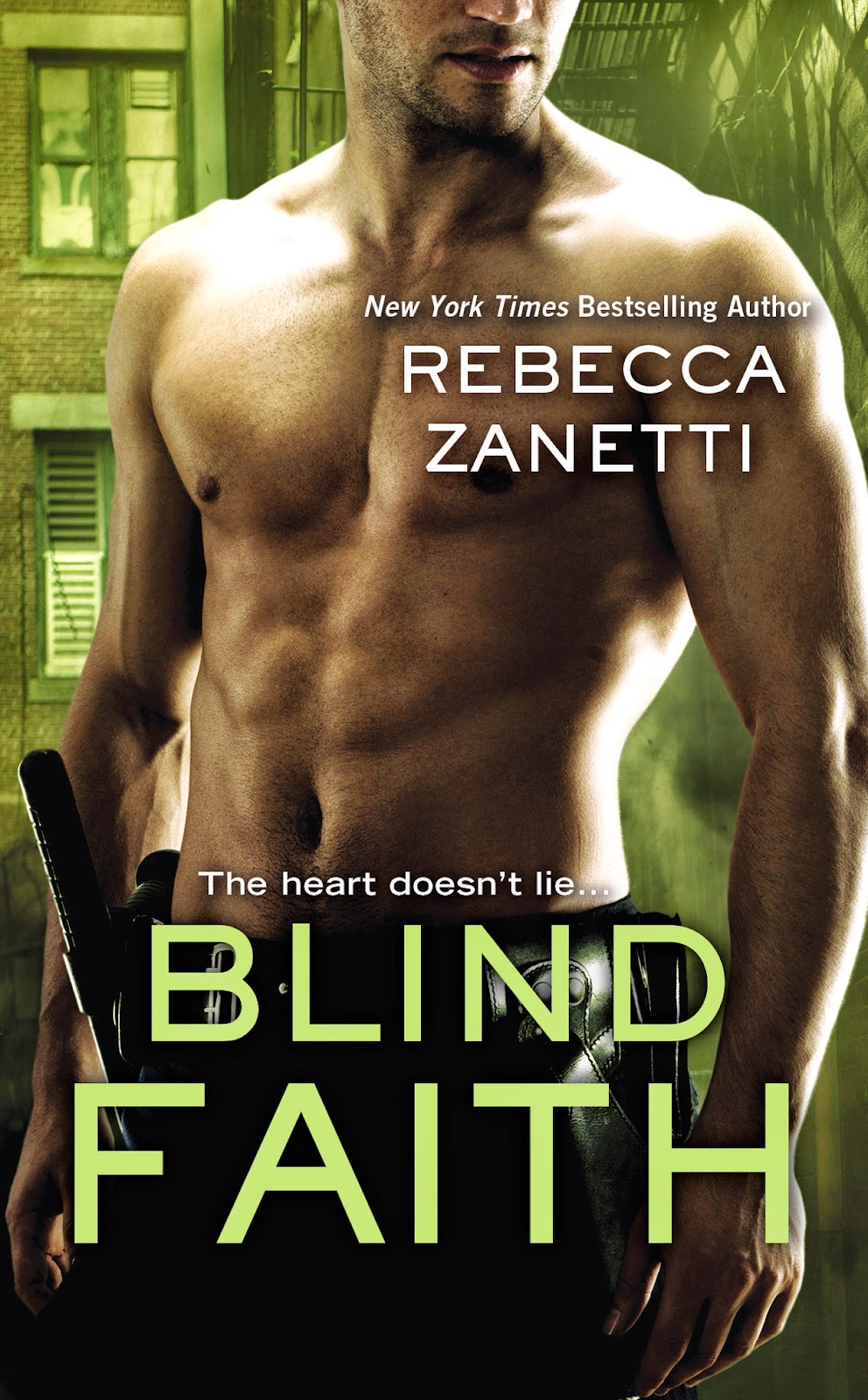 New York Times bestselling author Rebecca Zanetti has worked as an art curator, Senate aide, lawyer, college professor, and a hearing examiner - only to culminate it all in stories about Alpha males and the women who claim them. She is a member of RWA, has won awards for her works throughout the industry, and has a journalism degree with a poly sci emphasis from Pepperdine University as well as a Juris Doctorate from the University of Idaho.

Growing up amid the glorious backdrops and winter wonderlands of the Pacific Northwest has given Rebecca fantastic scenery and adventures to weave into her stories. She resides in the wild north with her husband, children, and extended family who inspire her every day-or at the very least give her plenty of characters to write about. 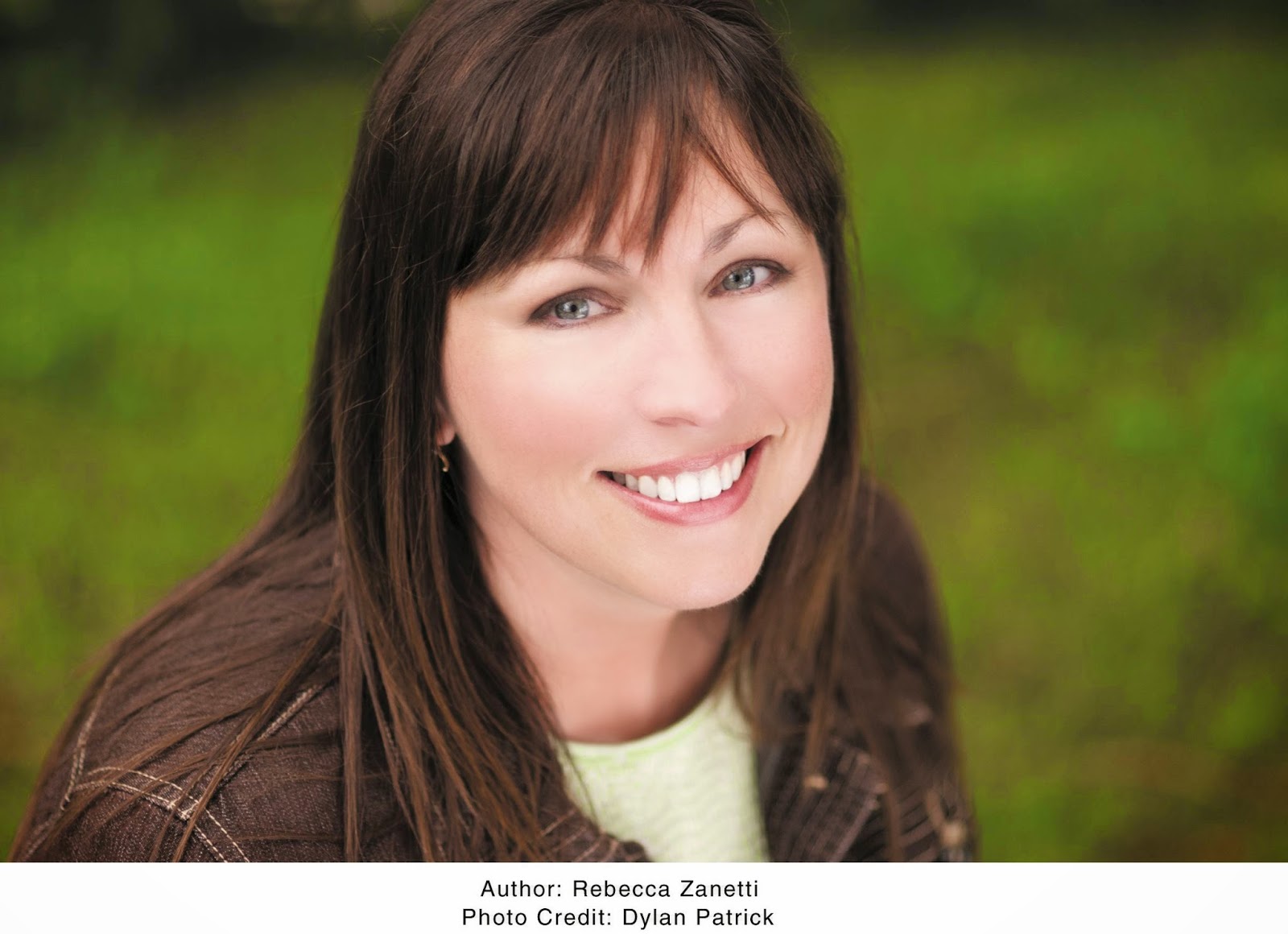 Forever Romance is sponsoring a giveaway at this link ... and offering an excerpt below ...

“Let’s dance.” He turned her toward the dance floor.

She balked. “No.” God. She couldn’t dance with him, couldn’t be touched by him.

She could either cause a scene or go along with him. Didn’t he understand if she protested, he’d be a dead man?

He turned and pulled her into his arms.

The bittersweet moment her body met his stole her breath away, while memories of passion and love assailed her. For the briefest of times, she’d belonged in the safe circle of his arms. The only time in her life she’d been truly happy and not alone. Ah, the dreams she’d spun, even though she’d known better.

The music wound around them, through them, proclaiming a romance that couldn’t really exist. His heated palm settled at the small of her waist.

Every instinct she had tempted her to slide against him, to burrow into his warmth. Her mind fought to keep her body calm, but her brain had never triumphed when dealing with Nathan. Her heart had ruled, and in the end had been completely broken.

“Shhh.” He tightened his hold and drew her into an impressive erection.

She gasped, her face heating, her sex convulsing. Blinking, she glanced up in confusion to see if he was as affected as she was and stilled at the look in his eyes.

Furious. The man was truly furious. Even with the contacts masking his eyes, his anger shone bright.

She tried to step back and didn’t move. Yeah, she knew she’d hurt him when she’d ended their relationship, but after nearly five years, he shouldn’t still be so mad. He’d had freedom for five years, which was a hell of a lot better than she’d had. She’d had pain and fear and uncertainty. She blinked. “What is wrong with you?”

His impossibly hard jaw somehow hardened even more. “Oh, we’ll discuss that shortly.” Threat lived strongly in the calm words. “For now, we’re going to finish this dance. Then you’ll take the north exit and meet me in my car so we can talk.”

“If I don’t?” she asked quietly, wings fluttering through her abdomen.

His hold tightened imperceptibly. “I know where you live, I know your daily routine in working for Senator Nash, and I know where you go when you need time alone. You can’t hide, you can’t outrun me—and you know it.”

The hairs on the back of her neck rose. “How long have you been watching me?” More importantly, why hadn’t she noticed?

“A week. Long enough to know the two apes toward the doorway are following you, too. What’s up with that?” His hold tightened just enough to show his strength.

She shrugged. “They haven’t made a move, so I’m not worrying about it.” Not true, and by the narrowing of Nate’s eyes, he could still smell a lie a mile away. “The commander is having me followed.”

“Dunno.” They didn’t have time to discuss it. “You should go now,”

“No” He spun her, easily controlling their movements.

Her leg hitched, and she stumbled against him.

“Nothing.” None of his damn business, that was. “What do you want to talk about?”

His gaze narrowed, and he spun her again. She tripped again. Her damn leg didn’t move that way. She glanced toward the doorway and the two soldiers watching her. They’d straightened to alert stances. Damn it.

Oh, they were so not going into her injuries on the dance floor. “You almost sound like you care.” She threw his words back at him, gratified when his nostrils flared in irritation.

His gaze probed deep, wandering down her neck. He blinked several times, his chest moving with a harsh intake of breath. “I like your dress,” he rumbled, his voice a low whisper.

With his tight hold, she had no doubt the tops of her breasts were visible. “Nathan, don’t—”

“Don’t what?” His gaze rose to her lips. A light of a different sort filtered through his angry eyes. She knew that look. Her body heated and her thighs softened. His erection jumped against her, and she bit down a groan.

Her eyes widened to let in more light. “No,” she breathed. One of his hands held hers, the other pressed against her back. Thank goodness. He couldn’t grab her and kiss her, no matter how appealing the thought. “Bad idea.”

“I know.” Nate didn’t need hands. His lips met hers so quickly, she never saw him move.

His mouth covered hers with no hesitancy, no question—as if he had every right to go deep. His tongue was savage and demanding, holding nothing back and accepting no evasion. He tasted of loneliness, anger, and lust. Hard, needy, demanding lust.

The men at the door were watching.

But her body didn’t care—instantly igniting instead of pushing away. Her heart thundered in her ears, and she fell into his heat, uncaring of whether or not he caught her. He wrapped around her, his unyielding body holding her upright. He caressed her with his tongue, and she met him thrust for thrust, fierce pleasure lighting her on fire.

She forgot where they were, who they were, everything but the desperate need he created.

He broke the kiss, blatant male hunger crossing his face. His breath panted out even as he moved them in tune with the music.

She softened against him, allowing him to lead so she didn’t collapse. Her mind whirled, and she shook her head to regain reality. “Nathan, what do you want?” The question emerged as a breathless plea she couldn’t mask.

That quickly, all hints of desire slid from his face. His chin hardened. “Want? I want to know what happened to the child you were carrying five years ago when you ripped out my heart. Where’s my baby, Audrey?”
Posted by Kim in Baltimore at 11:35 PM