Aloha to Liz Trenow and THE FORGOTTEN SEAMSTRESS 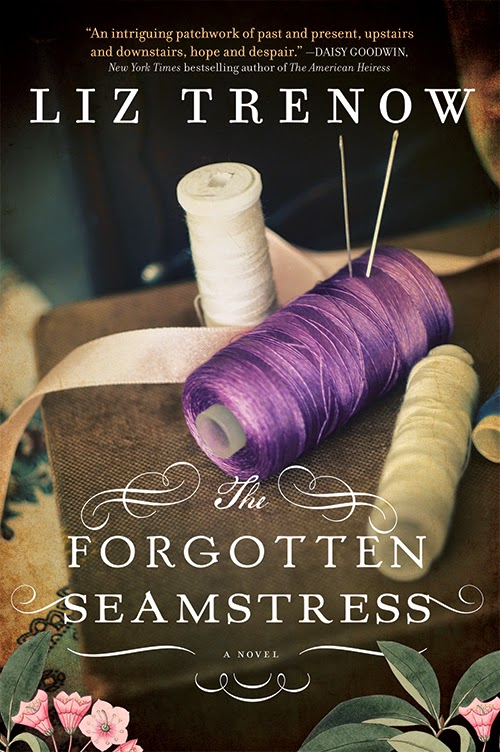 Liz Trenow is celebrating the release of THE FORGOTTEN SEAMSTRESS:

She Kept Her Secret for a Lifetime...

A shy girl with no family, Maria knows she's lucky to have landed in the sewing room of the royal household. Before World War I casts its shadow, she catches the eye of the Prince of Wales, a glamorous and intense gentleman. But her life takes a far darker turn, and soon all she has left is a fantastical story about her time at Buckingham Palace.

Decades later, Caroline Meadows discovers a beautiful quilt in her mother's attic. When she can't figure out the meaning of the message embroidered into its lining, she embarks on a quest to reveal its mystery, a puzzle that only seems to grow more important to her own heart. As Caroline pieces together the secret history of the quilt, she comes closer and closer to the truth about Maria.


Page-turning and heartbreaking, The Forgotten Seamstress weaves together past and present in an unforgettable journey.

I asked Liz why she selected Queen Mary and Edward VIII, Prince of Wales as the royal figures in THE FORGOTTEN SEAMSTRESS ...

They kind of selected themselves, because of the royal fabric which inspired me to write the novel in the first place.

I come from a silk weaving family and have always been fascinated by fabrics. One day I was visiting the famous Warner Archive, in Braintree, Essex, when I saw a case of ‘May Silks’ – beautiful cream and white damasks and brocades, some with interwoven gold and silver threads, which were commissioned by the Duchess of Teck for the trousseau of her daughter, Princess May (later to become Queen Mary), for her wedding to the heir to the British throne, the Duke of Clarence.

Sadly, the Duke died just six weeks before the wedding and, with typical royal pragmatism, it was decided that she should instead marry his younger brother George, who later became King George V. Another design from the May silks was chosen for her wedding dress.

More than a century later, these silks still glimmered and shimmered in their case, and I became fascinated by the way that the designs, featuring roses, thistles and shamrocks with May blossoms and lovers’ knots, had been interpreted into the weave of the fabrics. They are truly unique, and have never been woven before or since.

The Prince of Wales had a very repressed upbringing, with a nanny who used to slap him to make him cry so that he would be returned to her. He seemed to spend the rest of his life rebelling against the restrictions of being a royal prince: enjoying a very lively social life, having affairs with a number of high society women (some of them married), and then following his heart to abdicate from the throne to marry the American divorcee Wallis Simpson.

By all accounts he was extremely charming, very good looking and had mesmeric blue eyes. I have based the scenes involving the young prince on accounts and real events of his early life, and grew quite fond of him and his rebellious ways!

It’s been lovely talking to you. If you want to find out more about me and my books, please visit liztrenow.com.

Mahalo, Liz, for sharing the inspiration for THE FORGOTTEN SEAMSTRESS.   I am giving away a print copy to one randomly selected commenter.  To enter the the giveaway,