In 1999, Congress designated May as National Military Appreciation Month to recognize the service and sacrifice of those in uniform.  I have dedicated May to spotlighting authors connected to the military.  Today we welcome Air Force veteran and Kensington author Leah Marie Brown.  From her bio,

I am an American writer with a penchant for Paris and all things pink!

Before writing novels, I worked as a print journalist for a Pulitzer prize winning newspaper and served in the United States Air Force as a Radio and Television Broadcaster.

An avid traveler, I have had adventures and mishaps from London to Tokyo, which I write about on my blog, On Life, Love & Accidental Adventures, and in my contemporary romantic series, The It Girls.

I was once a collector of truly useless bric-a-brac and cheesy tee-shirts. My cheesiest? A tee with a cartoon Jesus riding a surf board and the words, "And on the eighth day, Jesus went surfing in Greece."

Today, I prefer to gather friendships and memories as travel souvenirs. 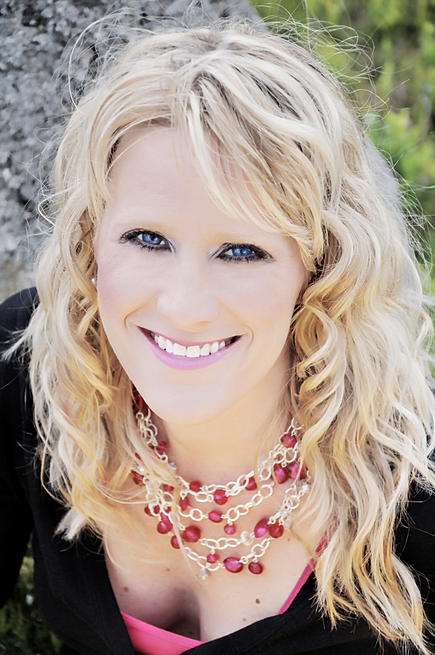 Kim:  Thank you for your service in the USAF! What did you learn from active duty that you can apply to your writing career?

LMB:  Wow! That's a good question. I learned a lot of during my tour in the United States Air Force, like the true meaning of sacrifice, patriotism, and respect. I also learned:

If you slip the base tailor twenty bucks, she will nip your Blues in at the waist a little to give you something resembling a female figure.  Singing I'm Henry the Eighth, I Am to yourself in a Cockney accent while standing in formation might not keep you from passing out, but helps makes the time pass quicker.

In a pinch, two packs of the earplugs issued on Space A flights can be fashioned into a temporary cork for a half-consumed bottle of champagne.  Birth Control Glasses are not an effective means of contraception.  Those might seem like ridiculous lessons, but it's really about finding the humor in any situation. Having a sense of humor has been vitally important in my writing career - to keep me buoyed during the difficult times and to help me savor the good times. Have a good sense of humor is important in developing resilience, and resilience is a necessary characteristic for being a writer.

Kim:  Paris, London, and Tokyo - you are a travel name dropper!  Can you share a funny moment from your international travels?

LMB:  Am I? A travel name dropper? Yikes. I met another travel name dropper when I was in Ireland earlier this year. We spent a lovely hour in a pub in Kenmare talking about our experiences in Italy, Scotland and Panama. (Did you see how I dropped five more place names in two sentences? Clearly it's a problem I need to address.)

At the risk of being called a travel anecdote dropper, I must confess to having many ridiculous stories. I am a bit of an accidental tourist - bumping along, pushing the boundaries, taking risks in the spirit of joie de vivre - which means I come home with a lot of outrageous tales (all of them true, though some of the embellished a wee bit for affect because I am Irish.)

I was detained by Buckingham Palace Guards on suspicion of being a terrorist. It was really quite ridiculous. I am a five-foot-four, overly chatty, super-conspicuous blonde who dresses in bright "NOTICE ME" pink. I don't skulk in darkened corners or try to blend in. To make matters worse, when the guards burst through our hotel room door (I was traveling with my best friend, fellow writer, Cindy Miles), I began blathering like an idiot - making poorly timed, nervous jokes about Prince William and telling the lead guard he looked like Basil Rathbone (the British actor who played Sherlock Holmes in the old black and white movies). He was not amused. How we escaped being thrown into a cell just for my nervous prattling is still a mystery. I write about this episode in Finding It, book two in the It Girls series.

Kim:  Tell us about FAKING IT - what inspired it?

LMB:  Faking It is a contemporary romance. I like to refer to it as a chick lit book, but I know that is not a popular name for the genre anymore. Nevertheless, it is a humorous novel about female empowerment and growth. Vivia Perpetua Grant was a fun character to create because she is young, always-in-her-head, wears rose-colored-glasses, and suffers from a bit of verbal incontinence when she is nervous (sound like anyone else we know?). A lot of the book comes from my travels with my two best friends.

The line, "I've told more than one man I was a virgin" came to me one day while I was running (okay, fast walking) on the treadmill. I was intrigued by the idea of a character who lied about her virginity, her motivation for the lie, the consequences of the lie, and what happened after she was exposed. I wrote the first two chapters of Vivia's story and then went back to writing historical romances. Vivia, the Perpetual Virgin, was stuck on a file on my computer for six years before I dug her out and fleshed her out. I was in a bit of a slump, bummed because editors didn't want French Revolution set romance novels, when my best friend said, "You're funny, Girl. Write funny. What about that perpetual virgin story? Write that." So, I took her advice and tried to write funny. Hopefully, I succeeded.

LMB:  Another trip (I won't drop the name). Another mishap. Another book. Repeat.  Thank you for the interview. 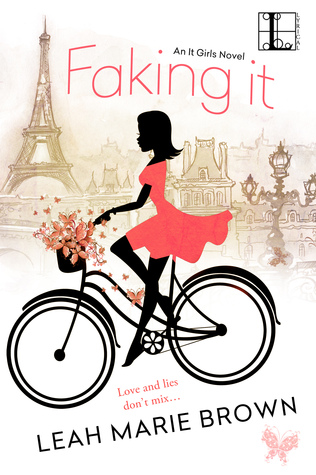 Mahalo, Leah, for kicking off National Military Appreciation Month!   Leah is celebrating the release of FAKING IT, Book 1 in the It Girls series):

For the month of May, I am giving away one grand prize of books and swag from the authors featured this month (link). Plus five more commenters - one for each branch  of service - wins a book choice from my convention stash.  To enter the giveaway,

Learn more about Leah and her books at leahmariebrown.com.

Posted by Kim in Baltimore at 8:49 AM