May is Military Appreciation Month ... and I want to introduce you to Teresa Taylor, author of NIGHT FLIGHT:  THE COURAGE AND CALLING OF A COAST GUARD PILOT:

Life is a Night Flight. But morning is coming.

From the moment that Teresa met Dale Taylor at a college party, she knew that he was not like anyone else. Tall, dark, handsome, and lovably goofy, they began dating and quickly fell in love. Then, when Teresa’s grandfather let Dale handle the controls of his small airplane, everything changed. It was as if Dale had been infected with a love of flying, and he would never recover. Just before they married, Dale applied to Officer Candidate School with the United States Coast Guard, and his path was set. From Pensacola, to Savannah, to San Francisco, to Mobile, Alabama, Dale Taylor’s career as a Coast Guard Pilot was filled with adventure, heroism, and sacrifice.

On February 28, 2012, Lieutenant Commander Dale Taylor and three crewmembers lost their lives when their H6535 crashed into the frigid waters of Mobile Bay. But Dale’s life was full of the kind of faith and courage that would become his legacy to his wife, his two young sons, and to scores of Coast Guard servicemen and women around the world.

I salute Teresa for sharing her family's loss to demonstrate their faith in God and country.   I am giving away a Coast Guard gift pack to one randomly selected commenter.  To enter the giveaway,

Learn more about Teresa and NIGHT FLIGHT at nightflightministries.com. 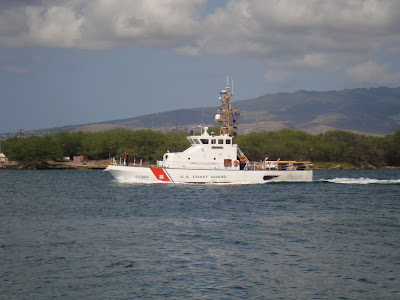