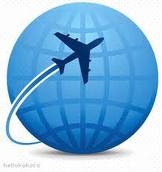 I enjoy "discovering" authors who have traveled.  Alison Henderson is such one author.  From her website ,

I grew up in Kansas City on the edge of the prairie, the product of a long line of pioneering women. One grandmother was born in Broken Bow, Nebraska, and the other majored in physical education in college - an adventurous choice for a young woman ninety years ago.

Like any pioneer, I've always been intrigued by new places and experiences. I followed my mother to Vassar College in upstate New York, where I studied art history. By the time I was twenty-one, I had traveled the world from Japan to Tunisia.

Unlike many writers, I didn't always have the writing bug. I was bitten when I temporarily quit work to stay home after my daughter was born. I've always been an avid reader and decided to try my hand at writing the kind of stories I loved. After many months of typing away during naptimes and pre-school, the first manuscript was born. And quickly died. But it was followed by another and then another. I was hooked on the creative process.

Today, my husband and I are empty-nesters living in Minnesota, and our daughter is a graduate student in Chicago. Like most of you, I spend my days up to my elbows in the mundane requirements of life, but later I shed that skin and slip into the magical world of imagination. I invite you to join me. 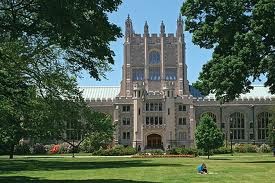 Kim:  Tell us about Vassar. Can you compare/contrast your mother's experience and your experience.

Alison:  I loved everything about Vassar, probably for many of the same reasons my mother loved it twenty-five years earlier. It has a beautiful campus in the Hudson River Valley, half a continent away from home, and traveling alone to New York City was just the beginning of the adventure. To my surprise, being from Shawnee Mission, Kansas was considered exotic by my East Cost classmates! I loved the protected independence of college; it was the perfect place to stretch my wings. 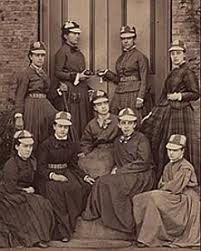 The main difference between Vassar in the ‘40’s and Vassar in the ‘70’s was the addition of men. When my mother attended, Vassar was one of the best-known women’s colleges in the country. My class was only the second to admit men as freshmen. However, I don’t think they changed the fundamental atmosphere of the place, which was (and is) a stimulating environment where young women can recognize their potential. 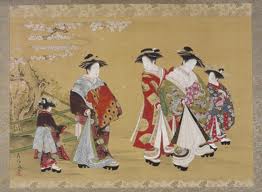 Kim:  What is your favorite artist, time period, or style in art history?
Alison:  I love Asian art, particularly Japanese. It’s rich in symbolism and spirituality—subtle, balanced, and harmonious. I wrote my thesis on Rembrandt, but mainly because I couldn’t read Japanese well enough (i.e. at all) to do research from original sources.

Kim:  "Japan to Tunisia" - what took you from East to West?  Please share some of your favorite cities, sights, and foods. 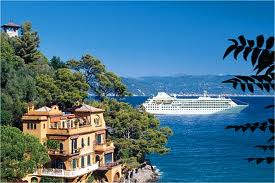 Alison:  When I was in high school and college, I was lucky enough to take some fabulous student tours. Travel was safer and MUCH cheaper in those days, especially if you were willing to travel in steerage with seven girls in a stateroom and the bathroom on a different level. 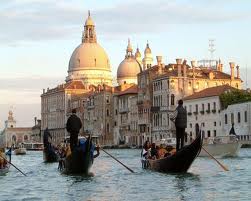 One trip covered most of Europe and the Mediterranean in six weeks, and another spent a month in Japan. It’s so difficult to choose, but three of my favorite places are the canals of Venice, the Palace of Knossos in Crete, and the Himeji Castle in Japan. Can you tell I’m a visual person? 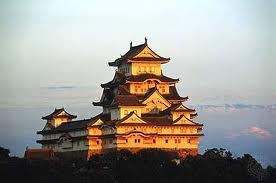 But I’ll also never forget arriving in the old port city of Dubrovnik early one morning when the warm, yeasty smell of fresh-baked bread wafted through the cobblestoned streets, or rising in the middle of the night to stand on the deck of the ship as we passed between the sheer rock walls of the Straits of Corinth, or browsing the book stalls along the Seine in Paris. I’ve enjoyed some wonderful trips since, but those early experiences are still vivid all these years later. 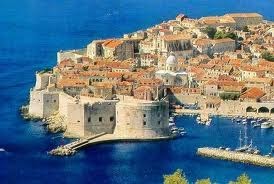 Kim:  What did you learn from your international travels that you applied to your writing career?

Alison:  Besides expanding my horizons in general, I think I developed an eye for detail that helps me bring my settings to life. 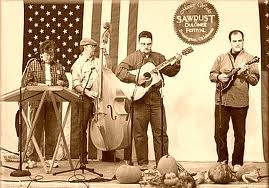 Kim:  What inspired you to write about the American West?

Alison:  I think it boils down to the fact that “my heroes have always been cowboys”, as the old song goes. The concept of the ever-expanding western frontier influenced our country from the beginning and helped shape our definition of ourselves as Americans. The challenges and opportunities in the West required a special breed of man and woman.

As I mentioned, I grew up on the edge of the prairie, and the history of the region still lives in every small town. I’ve always loved historic buildings and tried to imagine what life was like for the original occupants. One of my father’s law partners owned a farm in Lane, KS, that had once been a stop on the Underground Railroad. Every time we visited, I felt the ghost of John Brown lurking around every corner. I haven’t used that setting yet, but I love being able to add authenticity to my stories by visiting the actual locations and walking in the footsteps of my characters.

Kim:  Tell us about your book!

Alison:  My first published book, Harvest of Dreams, has just been released by The Wild Rose Press. It’s set in Weston, MO, a small river town north of Kansas City, in the months following the end of the Civil War. It was a dangerous time in the Border States, with the economy in tatters and bands of rootless ex-soldiers roaming the countryside. Here’s a blurb:

Alone on her farm in the middle of a blizzard, young widow Lisa McAllister labors to give birth to her first child. Help arrives in the form of a stranger with a six-gun. Lisa has no reason to trust this man who makes a living by violence, even if he is on the right side of the law. Men and their guns have already claimed the lives of her father, brother, and husband, and she’s determined to protect her son at any cost.

Jared Tanner, a security agent for the stagecoach, has been on his own since he was twelve. With Lisa and her baby, he’s finally found something worth fighting for – a family of his own. But a fresh wave of violence threatens to tear them apart. Can their new love survive?

I’m also working on the edits for the sequel, A Man Like That, which follows two of the secondary characters deep into the Ozark Mountains and will be released next year.

Thanks so much for joining me today, and I invite you to visit me on the web. 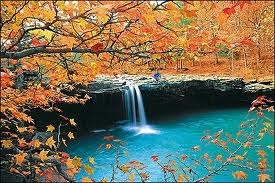 Mahalo, Alison, for visiting us at SOS Aloha!  In honor of your visit, I am giving away a copy of HARVEST OF DREAMS from The Wild Rose Press.  To enter the book giveaway,

2.  Make sure I know how to contact you - send your email to sos.america@yahoo.com or friend SOS America on Facebook.

3.  This giveaway is open to US and Canadian residents only.

Join us tomorrow for Hollywood in Hawaii - I have some special books for you! 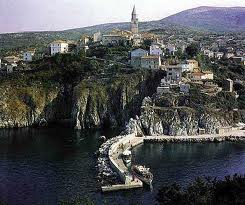 Back in 1989, after the Berlin Wall fell and the Iron Curtain rusted away, I visited my Army friend in Germany.  We hopped in the car, intending to drive to Greece.  We made it as far as Croatia before we realized that Albania was a closed country.  So we enjoyed Croatia before booking a ferry from Spit (Croatia) to Ancona (Italy).

Borders were open and the former Communist countries were hungry for tourist dollars.  We discovered that Croatia had been popular with the Germans.   As we drove along cliff hugging roads, the locals would run out into the streets, waving signs, "Zimmer Frei" - room available.  It took significant driving skills to avoid them and the small pillars lining the road, preventingcars from plunging into the Adriatic.   We camped on the island of Krk, connected to the mainland by a bridge.  Yes, Krk.   No vowels.  To this day, I'm not sure how to pronounce it.   It was beautiful.

When we moved from the Netherlands in 2005, Adriatic cruises were becoming popular.  Many military families drove to Venice and hopped on board their cruise ship.  Like Alison, they visited  Dubrovnik and probably ate the same delicious bread.  I believe bread, cheese, and wine is best consumed in Europe! 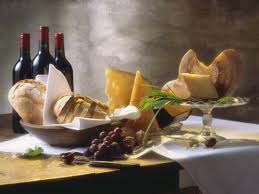