Hollywood in Hawaii ... and book giveaway! 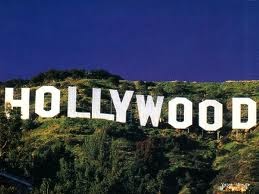 From the Ho'okele newspaper on Joint Base Pearl Harbor Hickam (JBPHH):


Filming "Battleship" in Pearl Harbor
A production crew from Universal Pictures arrived at Joint Base Pearl Harbor-Hickam (JBPHH) to film the new action-adventure movie “Battleship,” based on the Hasbro board game, Sept. 7-24.

Directed by Peter Berg, “Battleship” will feature the U.S. and Japanese navies stumbling upon the point of an alien invasion. Berg’s previous directorial works include “The Kingdom,” “The Rundown” and “Hancock.”

“I’ve always been a huge fan of the Navy,” said Berg. “My father was a Marine and a naval historian. I was brought up learning about Pearl Harbor, the campaign of the Pacific, and the Battle of Midway. He was particularly obsessed with World War II. The idea of making a film about naval warfare was something that was always interesting to me. What better place to set it than Pearl Harbor?”

Film crews for “Hawaii Five-0″ teamed up Oct. 11 with Airmen at Hickam to film scenes for the Nov. 15 airing of the television episode. Though the C-17 wasn’t the main star, its commanding presence wasn’t missed during scenes filmed on location at Hickam’s flightline. Airmen worked alongside the stars of the show and the film crew.

“It was exciting for the H50 crew to work alongside such amazing technology and equipment on this historic and active base,” said Brad Turner, Hawaii Five-0 director.

“The cooperation from the crew members on the plane and the ground crew was great. We couldn’t ask for a better day.”

Capt. Richard Kitchens, commander of Joint Base Pearl Harbor-Hickam, greets movie actor Sir Michael Caine and introduces him to several Sailors and Airman before giving Caine a tour of the base. Caine took the time to take pictures, answer questions and speak with the service members on Nov. 13.


I wondered if Michael had a military connection to spur his interest in Pearl Harbor.  From Michael's website , "In 1951, Michael was to join the Queens Royal Regiment and the Royal Fusiliers and serve in Germany and Korea." 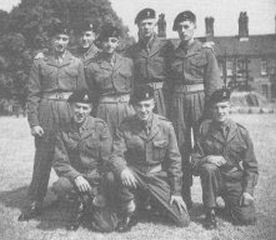 In honor of Hollywood in Hawaii ... let's giveaway some books connected to Hawaii and/or Hollywood:
- Tess Gerritsen's ICE COLD .  I met Tess at RWA in Orlando and she signed the book "Aloha".  Tess is one of the founding members of RWA's Aloha Chapter.

Tess' books inspired the TNT series, RIZZOLI AND ISLES, which premiered in July 2010.  The Boston drama, starring Angie Harmon and Sasha Alexander, will return next summer.

- Jane Porter's SHE'S GONE COUNTRY.  I met Jane last year at a readers' luncheon she hosted in her beach house here in Hawaii.  She is also a member of RWA's Aloha Chapter.   SHE'S GONE COUNTRY features a former model who returns home to her roots.

Mary posted her review on her blog, "This series stays fresh and exciting and this book proves it."
To enter the book giveaway,
1.  Leave a comment about Hollywood, celebrities, and/or Hawaii.

2.  Make sure I know how to contact you - send your email to sos.america@yahoo.com or become a friend of SOS America on Facebook .

3.  Comments are open through November 23.

4.  This giveaway is only open to US and Canadian residents. 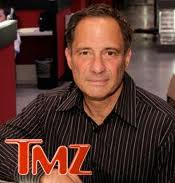 My guilty pleasure is watching TMZ.  Yes, the cameramen stalk celebrities.  Yes, the "newsroom" staff are a bit odd.  But they make me laugh.
I try to imagine the TMZ camera men in Hawaii, stalking our celebrities - Bruno Mars, Tia Carrere, Bette Midler, Kelly Preston, Project Runway designers Ivy Higa, Andy North, and Jay Sario, and the cast from Hawaii Five O - Alex O'Laughlin, Scott Caan, Daniel Dae Kim, and Grace Parks.  The camera men would always find them in casual clothes, maybe even wearing "slippers" (flip flops).   No doubt the celebrities would use some Pidgin - a local dialect developed by the Native Hawaiians and immigrant workers to communicate with each other.   The camera men probably wouldn't know what they were saying so I can only imagine the comments from Harvey "I'm a lawyer" Levin.
One celebrity who would challenge the camera men is Duane "Dog" Chapman aka The Bounty Hunter.  He films part of his  A&E show here in Oahu.  His bail bond business is called Da Kine Bail Bonds - "da kine" being Pidgin for "the best." 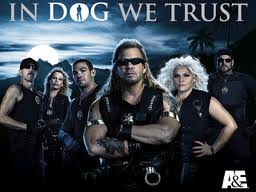