Sutton Fox combines her lifelong passions for reading, auto racing and cars in general into fascinating stories. Full of action and filled with courageous characters tough enough to go after what they want, no matter the cost. Sometimes it takes a hard edge to be successful, warm fuzzy characters need not apply.

Kim:  Your current home is Louisville.  I was born in Louisville but moved six weeks later.  I have never been back. Tell me about it!

Sutton:  Since I moved to Louisville from Atlanta a little over a year ago, I’ve been involved in a major home renovation which took up most of my time. I’m only just now getting out and exploring my new hometown city. Thus far, I love it. It’s more cosmopolitan than people think, with a downtown riverfront, shopping, theatre, and traffic, yet it’s managed to retain the small town feel which makes one feel immediately comfortable. Right now, I can’t imagine living anywhere else. 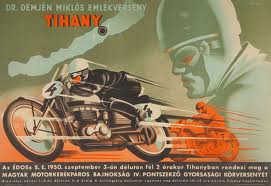 Kim:  You are a woman in the racing world. Tell us about it!

Sutton:  There are quite a few women in the racing industry today, so it’s not as odd as it used to be. And the guys I’ve worked with over the years have been great. More often than not, they have been consummate professionals and gentlemen. To me, cars and motorcycles are something anyone can learn about if they have the desire. It’s not really that difficult, and it’s a lot of fun.

Sutton:  The element which both racing and writing share is discipline. People might be surprised at how much work goes into racing. In circle track racing, you can’t just park the car and then race the following week. If you want to win, whether you feel like it or not, you have to do maintenance and work on the car nearly every day to keep ahead of things. Writing is the same way. You really need to do it every day. Especially if you want to ‘win’ by getting published and staying published.

The contrast would be the element of risk. You’re not as likely to get killed or seriously injured writing. Although I did fall off my office chair once. 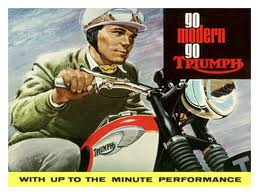 Kim:  I trip over stuff in my house all the time, so I think I would be a disaster on the race track.  Do your racing colleagues know about your writing career?

Kim:  What is their reaction?

Sutton:  They think it’s great. Some of them have even purchased my books. Not many people write about dirt racing, although people all over the country do it almost every weekend during the summer. And some even manage to make a living at it.

Kim:  Tell about your journey to being published.

Sutton:  I was very lucky on my journey. When I wrote my first novel, Lion Tamers, I was part of an active critique group. One of the CP’s was an editor at a small indie press, which I didn’t know at the time. When my story was finished, I made it known in the group that I wanted to be epublished because I felt my books were really for a niche market. The editor contacted me off list, and the rest, as they say, is history. Although it hasn’t been without its trials, I did go through two publishers closing their doors, but thank goodness that’s behind me.

Kim;  Tell us about your books.
Sutton:  My current release is a short Christmas story entitled Christmas Holly. I’ve always been a fan of Dickens, and honestly, I loved the ghosts in Scrooged. I wanted to try my hand at a light paranormal romance. Gypsy Shadow Publishing held a writing contest in October, and I entered my story. The story placed first runner up, and they published it. Here’s the blurb:

Young, beautiful, and certain of her future, Holly Clark fully expected to have a wonderful time attending her mother’s annual Christmas Eve bash. The one thing she didn’t expect—was her own untimely death.

Gallery owner and world renowned artist, Greg Marshall is desperate to relive his past. Until he receives a startling visit from a woman he believed to be the love of his life. Her sudden appearance has the power to change everything.

Love doesn’t mean what it used to. Can the past really affect the future, or can the future transform the past?

Kim: What's next for Sutton Fox?

Sutton:  2011 will see the release of the third book in my Traveling Circus series, entitled High Wire. It’s a contemporary romantic suspense about dirt late model driver, Damon Blade and his not so welcome female crew chief, Sarah Miller. And how they work through their differences while being stalked by a killer from Damon’s past. Beyond that there are two more books in the series left to write, which is published by Lyrical Press.

Sutton:  I wish everyone could have the experience I had in the military. When I was in the Navy there were very few women, I guess I’ve always been a bit of a rebel. At eighteen, it really helped me to understand the bigger picture of the world and its needs. You know that world, the one which resides beyond the narrow view of a narcissistic teenager.

Kim:  That's a great outlook!  Where did the Navy take you?

Sutton:  It’s kind of a family joke because I didn’t really go anywhere. I spent four years stationed at the Naval Academy. I’m telling you, they really didn’t know what to do with us gals in those days. I was an HT, which is a hull technician. In short, a welder. Although, I did my share of woodwork and fiberglass work too. All skills which still serve me well today. 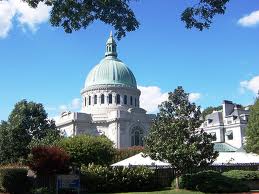 Kim: What did you learn from the Navy that has helped your racing and writing career?

Sutton:  The biggest thing I learned from the Navy was how to deal with lots of different types of personalities. And that you really can all work together if you have a common goal. It’s helped me in many different situations, both in the racing and the writing world.

Kim:  How did a Navy gal meet an Air Force guy? A little "joint" romance!

Sutton:  At the race track, of course! *grin*

Kim, thank you very much for having me. This has been great fun.  I can be reached at the usual places:
Sutton's blog , Sutton's website , and the link to purchase Christmas Holly:

1.  Leave a comment about Sutton, racing, and/or the Navy!

3.  Comments are open through November 21 for the giveaway.

I have a connection to racing - one of my sorority sisters is Mandy whose family operates Bruce Rossmeyers' Destination Daytona.    Our college stories remain Top Secret, but Mandy attended my wedding at Fort Myer.  She left me a "gift" that brings me joy each year.  In my guest book, she signed as David Lee Roth.  I was a huge fan of Van Halen in college and I laugh every time I read his "signature". 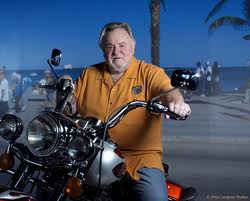 Mandy's father, Bruce Rossmeyer, died too soon in a motorcycle accident enroute to Sturgis in July 2009.   I fondly remember him as a big bear, always opening his home to Mandy's friends.  Read his bio on Destination Daytona and you'll understand how much he cared about his family and community. 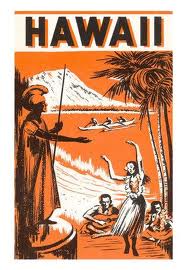 Bruce reminds me of King Kamehameha - ambitious but caring.   Although much is written about King Kamehameha's conquests, he also protected the Hawaiian islands from European nations seeking colonies in the Pacific Ocean.

Should you find yourself driving I-95 in Florida, stop by Destination Daytona and say "hi" to Mandy for me. 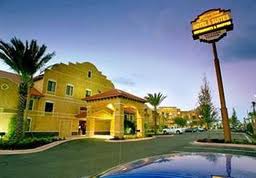