During the SOS Military Mixer at RT/Houston in 2007, I met Greg and Joan Causey - DOD civilians and romance publishers.  Today Greg joins us to talk about a "family project" - Denizens of the Desert, a photographic journal of aircraft nose art.﻿﻿
﻿﻿﻿

Kim:  Tell us about Denizens of the Desert - who was Danny Causey?

Greg:  Danny was my younger brother who tragically passed away from complications due to Diabetes. He was a U.S. Navy veteran, stationed on the U.S.S. Midway in the Pacific/Far East.


While on ship he suffered an attack of diabetes and was medevac’d to a Navy hospital in Japan. He underwent a lengthy recover there, and in a stateside hospital, before he was discharged with a partial disability. He went to work for the supply organization at the Aerospace Maintenance and Regeneration Center (AMARC, commonly called ‘the boneyard’) near Davis Monthan AFB in Arizona. As was my father, my brother was an avid photographer and aviation fan. He could often be found on the ramp, photographing aircraft as they made their last landing at AMARC. When he passed away many of his personal effects came to me. As I was going through them I found several photo albums of aircraft photographs and decided to publish them as a tribute to my brother, and the aircraft and men who flew and maintained them. The book was dedicated to my father, a WWII U.S. Army Air Corps veteran, and includes some pictures of him and his career in aviation and photography as well. 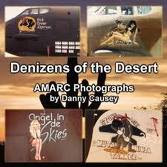 Kim:  Tell us about nose art - how it started and when it ended.

Greg:  I cover this briefly in the book (hint, hint, buy the book), but it can be traced back to WWI. I believe that aircraft nose art saw its golden age during WWII. It declined thereafter, but has seen a rebirth in the later years. There was little visible when I was active duty, the aircraft were a standard camo paint scheme. I’m quite impressed with much of the later efforts, there are examples in the book, and it’s my opinion that some artists created some outstanding works. Danny captured some great photographs; a few of the items he photographed were actually removed from the aircraft and are on display at the National Museum of the United States Air Force in Dayton, Ohio.

Greg:  Sadly, I don’t know. But Danny had a wicked humorous side and I think he would have appreciated some of the art on the A-10s from the desert campaigns.

Kim: What is yours?

Greg: I’m a SAC guy, a die-hard B-52 fan, so my favorite in the book is Night Hawk VI, by (then) SSgt Ron Cooke who did some fantastic work. I also like Angel in de Skies on an FB-111.


Kim:  How can someone order this book for the holidays?

Greg:  The book is available at Amazon.com, BarnesandNobles.com and other on-line distributors, as well as from Romance Divine. It’s also being sold at the Pima County Air Museum and South Dakota Air and Space Museum gift shops.

Kim:  Tell us about yourself - civilian service? Romance guru?

Greg:  I retired after 30+ years of government service, both in SAC and out of uniform working for the DoD. I have an affinity with many of the aircraft in the book, having worked on D/F/G/H model B-52s, KC-135s, F-111s and A-10s during my career.

Romance guru? It was not my intent to become a romance publisher, it simply happened. After a less-than-satisfying experience with my first book and publisher, and the more I learned about publishing, I decided, “Hey, I could do that!” So I started Romance Divine to be the vehicle to get out my next book (about ballroom dancing, something my wife and I enjoy) Dancing With Natasha. And then I started picking up other authors and their works. We now have authors across the US, the UK, Canada and Italy.

I would be remiss if I did not acknowledge my partner and wife, Joan. In the 90’s, during the BRACC*, we had to decide who would follow who. I decided she had the best opportunity and we followed her career path. It proved to be the right option as she is now a member of the Senior Executive Service, the Deputy Assistant Secretary for Financial Operations, Office of the Assistant Secretary for Financial Management and Comptroller, Washington, D.C. I’m very proud of her and what she has accomplished. She has been supportive of my second career as a publisher and author. 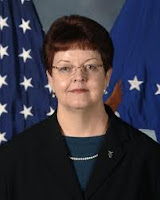 * BRACC is the Base Realignment and Closure Committee to streamline DOD.  Joint Base Pearl Harbor Hickam is an example of realignment - join two bases together under one service.  The Navy is the lead service at JBPHH.

Kim:  Tell us about Romance Divine.

Greg:  Romance Divine is what I prefer to call a boutique publisher. We work closely with authors; giving them individual attention and helping them get their works out. While our products are mostly e-books, we also do some print volumes and have our first three audio books at Audible.com and iTunes. Our catalog includes romance, action/adventure, historical, erotic, contemporary Christian, poetry, non-fiction and more. We’re even looking at a cookbook for next year (with all proceeds going to Cancer research). Our 2010 Holiday Romance Collection was released on 08 October 2010. Romance Divine also gives back to the community; we have donated to the ASPCA (I have a soft spot for animals), TAPS (to help military families) and Dare to Dance (a local program that helps bring ballroom dance to school kids). We recently celebrated our 100th release. You can find our books at Amazon Kindle, B&N Nook, the Apple iBookstore and many other fine on-line and print book retailers.  Please visit our web site at http://www.romancedivine.com/ 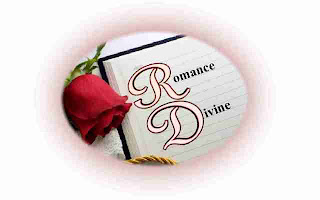 - Denizens of the Desert - AMARC Photographs by Danny Causey

- Dancing with Natasha by Gregory Causey

2.  Make sure I know how to contact you - send an email to me if you are not already on my roster, Send an email to me, sos.america@yahoo.com.  I prefer you do not leave your email address in the comments.

3.  This giveaway is open only to US readers.

Join us tomorrow as we wrap up Veterans' Appreciation Week with Sutton Fox - veteran, author, and racing enthusiast! 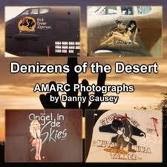 - Denizens of the Desert by Danny Causey

Danny Causey parked his vehicle at the end of a row of B-52s, put on his sunglasses and pulled on his cap to shield his eyes from the relentless Arizona sun. He walked down endless rows of aircraft, the only sounds the gravel and scrub crunching under his work boots, maybe the scurry of a rabbit, the creaking of massive elevators and rudders in the hot desert wind and the occasional roar of a jet from nearby Davis Monthan Air Force Base. These are the acts of someone who loves aircraft, who has that special affinity for the hardware, and the men who flew them. For most of the aircraft, this was their last landing, the last stop in storied histories. They would be cannibalized for spare parts, or cut up and reclaimed for their metals. A special few might find refuge in museums or displays. And one lone man would walk their ranks, photograph them and bid them a last goodbye. That's how this book came to be. These are the AMARC photographs of Danny Causey. Denizens of the Desert contains photographs from the collection of former Aerospace Maintenance And Regeneration Center (AMARC) employee Danny Causey. Chapters are devoted to aircraft nose art found on B-52, KC-135, A-10 and F-111 aircraft. Additional chapters include photographs of other AMARC aircraft and a chapter on U.S. Navy aircraft at AMARC (photographer Danny Causey was a veteran of the USS Midway).

-Dancing with Natasha by Gregory Causey

Dancing With Natasha, written by Greg Causey with Natasha Yushanov, takes the reader from "I Can't Dance," to "I'm A Dancing Machine," detailing the often agonizing, but always rewarding endeavor of learning Ballroom Dance. In this engaging, witty and poignant memoir, Greg and his wife Joan make the frightening trek to the Arthur Murray Dance Studio in Dayton, Ohio, for a few lessons to better enjoy the professional formal functions they attend. What they find is nothing short of miraculous.

1945, Berlin: In the last days of the war SS Major Jürgen Strasser is summoned to the Führerbunker for one last, desperate mission.

- High heels and scatter diagrams? Run charts and foreplay? Quality Sex: The Sensuous Side of Process Improvement takes a unique look at quality and process improvement. The concepts of the Plan-Do-Check-Act process improvement model and some of its associated quality tools get a simple yet sultry, sensuous and humorous makeover. The quality fundamentals of corporate and organizational endeavors are applied to seduction planning and intimate relations. Problem identification, customer value, brainstorming, decision making, flowcharting, check sheets, scatter diagrams, run charts and more are presented in a completely different, fun and erotic format. If the thought of learning about quality by reading about yield, throughput, J-I-T, and process flow turns you off, then try reading about quality with high heels, bubble baths, stockings and handcuffs. Quality Sex takes quality out of the boardroom and into the bedroom; doing it on the shop floor takes on a whole new meaning. 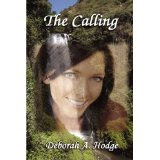 Cate Jones was a preacher’s daughter – and she didn’t want to be a pastor’s wife. Her rebellion led her to marry the wrong man, and when she realized what she did want, the true love of her life, David, was gone. Through prayer, and the love and guidance of her parents, Cate begins to turn her life around. Her new job teaching at a missionary school in Ecuador reunites her with David and his daughter Sarah. When trouble rears its head, Cate struggles to sort out her feelings, asking for God’s guidance to help her find her place, always searching for – The Calling. 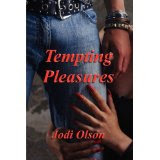