Breaking News:   From the BBC, record snow is falling in Scotland.   Its time to build a fire, pour a glass of whisky, cuddle under a wool blanket (in clan colors, no less) and read a Scottish historical.


November 30 is St. Andrew's Day - the patron saint of Scotland.    From the Visit Scotland website :

The brother of St Peter and one of the original Apostles, Andrew was reputedly martyred at Patras in Greece, having petitioned the Roman authorities who had sentenced him to death not to crucify him on the same shape of cross as Christ. His request was granted and Andrew was duly crucified on the x-shaped cross (or saltire) which has subsequently become his symbol.

His association with Scotland traditionally stems from either of two legendary sources. Relics of the saint were reputedly brought from Patras to Kinrymont in Fife in the 4th century by St Regulus, following his shipwrecking off the east coast. The church at Kinrymont subsequently became the cathedral of St Andrews and developed into a major centre of medieval pilgrimage. Another version relates that in the 9th century, the Pictish king, Angus mac Fergus adopted St Andrew as patron following the appearance of a saltire in the sky immediately before his victory at Athelstaneford.


To appreciate the spirit of St. Andrew, let's put ourselves in the right mood.

Music:  Log onto Albannach's website - "outlawed tunes on outlawed pipes."   Albannach - the Gaelic word for Scotsman - is a tribal drum and pipe band we discovered at the Maryland Renaissance Fair.  Back in 2008, Scottish historian David Ross was touring with them. As the band warmed up, David shared Scotland's history with the audience, notably how the Scottish "rebels" rallied around the Flag of St. Andrew to challenge the English Army during the Scottish War of Independence.   Who can forget Mel Gibson as William Wallace wearing St. Andrew's blue paint as he prepared to lead the underarmed Scottish farmers against an overwhelming English Army at the Battle of Stirling Bridge?   The Scots won that battle as the first step towards freedom on September 11, 1297.  Albannach's music puts you in the mindset of the adrenaline of battle, anticipation of freedom, and spirit of St. Andrew.


Castles: I once remarked to my mother that I wanted to explore castles.  In her English accent she replied, "Then go to Scotland.  It has more castles per square mile than any other European country."  And she is right!   Hubby and I have visited Scotland twice on castle hunting trips (he's been a third time to play golf at St. Andrew's).   Although some castles are still privately owned, many have been turned over to the care of two organizations:

﻿
Historic Scotland is the executive agent of the Scottish government to care for Scottish heritage.  Its properties range from the intact (and in use) structures such as Edinburgh Castle and Stirling Castle. My favorite are the crumbling ruins such as St. Andrew's Cathedral and Urquhart Castle on Loch Ness.


National Trust for Scotland is a conservation charity that "protects and promotes Scotland's natural and cultural heritage for present and future generations to enjoy."  It properties include the magnificent Culzean Castler, and the somber Cuil Lodair - Culloden Moor where the Jacobite Rebellion came to crashing halt.
﻿
﻿
Movies:  From Heart of Scotland, movies about Scotland or starring famous Scots, "historical accuracy not required."   The website recommends:

Braveheart:  Men in kilts moon the English. The males in our household watch this movie over and over again, whenever they feel down and discouraged. 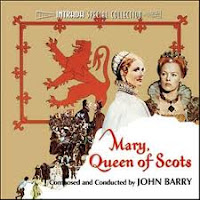 Mary, Queen of Scots:  Outstanding acting by Vanessa Redgrave and Glenda Jackson as Mary and Elizabeth, respectively - but don't look for historical accuracy. A super film.

Brigadoon:  Gene Kelly and Cyd Charisse dance their hearts out - but Van Johnson steals the show. You never know what might happen in the magical highlands of Scotland. A musical classic.

Macbeth:  Filmed on stage with Sir Ian McKellen and Dame Judi Dench in 1978,  An excellent performance of traditional Shakespeare
Chariots of Fire: Scot's Olympic runner Eric Liddell sticks to his guns in this award-winning movie. Later, Liddell served as a missionary in China, dying in a Japanese internment camp during WWII. A true son of Scotland.  (Kim's note:  My favorite film).

Highlander:  You're either a Highlander fan or you're not.  Connor and Duncan are definitely easy on the eyes.
Gregory's Girl:  Bill Forsyth's charming tale of young love in Scotland. The DVD has two audio tracks - one with the broader Scots accent and one in plainer (for us) English.

The Master of Ballantrae:  Errol Flynn fights for Bonnie Prince Charlie. Filmed on location, this is one of Flynn's best.
My Life so Far:  Growing up in an eccentric Highland family during the 20s and 30s - lovely cinematography, quirky characters.

Loch Ness:  This is a great little family movie starring Ted Danson - it was on TV a few years ago. He plays a scientist looking for Nessie and finding romance - lighthearted and delightful.

Have I put you in a Scottish mode yet?   Join us this week as authors of Scottish historicals name their favorite clans, castles, tartans, drink, and saying.  Come Friday, you'll know how to speak Gaelic, fold a kilt, and save your clan from the dastardly English.


McHubbard's cupboard is bare of Scottish books.  So we'll give away something related by six degrees of separation (I love to research this stuff!)

Originally, tartan designs had no names, and no symbolic meaning. All tartan cloth was hand woven, and usually supplied locally. While it may have been true that certain colors or pattern motifs were more common in some areas than others, no regulated or defined "clan tartan" system ever existed. Tartan, in general, however came to be extremely popular in Scottish Highland culture. So much so that by the seventeenth and eighteenth centuries, tartan clothing is seen to be characteristic of Highland dress.


2.  Perhaps the most famous tartan pattern belongs to the Clan Stewart.  The clan became associated with the Royal Family when a Stewart son married the daughter of Robert the Bruce.  The Stewart family reigned Scotland until Mary, Queen of Scots, abdicated in favor of her son, James VI.

3.  One branch of the Stewart Clan is named Cook - literally after those who were "keepers of the eating house."  Kings liked to eat.

4.  James Cook was born near Kelso, Scotland.   His son, James Cook, joined the Royal Navy and rose to the rank of Captain.  He explored the Pacific during three expeditions, including Hawaii.  Captain Cook claimed an island group in Melanesia for Britain and named them New Caledonia.  The coastline reminded him of his father's beloved Scotland. 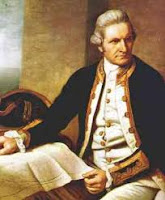 5.  Captain Cook is credited with being the first European in Australia (1770) and Hawaii (1778).  The natives wore skirts made of grass (instead of kilts made of wool).  Captain Cook's "discovery" of the Hawaiian islands brought European whalers, traders, explorers, and ultimately missionaries.  The missionaries taught the Hawaiians how to transform their "tapa" quilts into "cotton" quilts.

6.  Generally, the quilt squares depict flora of the islands.  Like the clan tartans, Hawaiian quilts are unique to the maker.


I will give away a wood trivet each day in the design of a quilt square.  Each day will be a different design.   The more days you leave a comment, the greater chance you have to win one of these unique items!

To enter the trivet giveaway,

2.  Make sure I know how to contact you - send your email to sos.america@yahoo.com.  Please do not leave your email address in your comment.

3.  This giveaway is open to US and Canadian residents.   Trivets will be sent by priority mail so winners will receive then in time for holiday dining.  Only one trivet per reader.

Lang may yer lum reek!
May you live long and stay well.

Posted by Kim in Baltimore at 3:58 AM